Most in NATO countries say US would aid them against Russia, but they wouldn’t step up 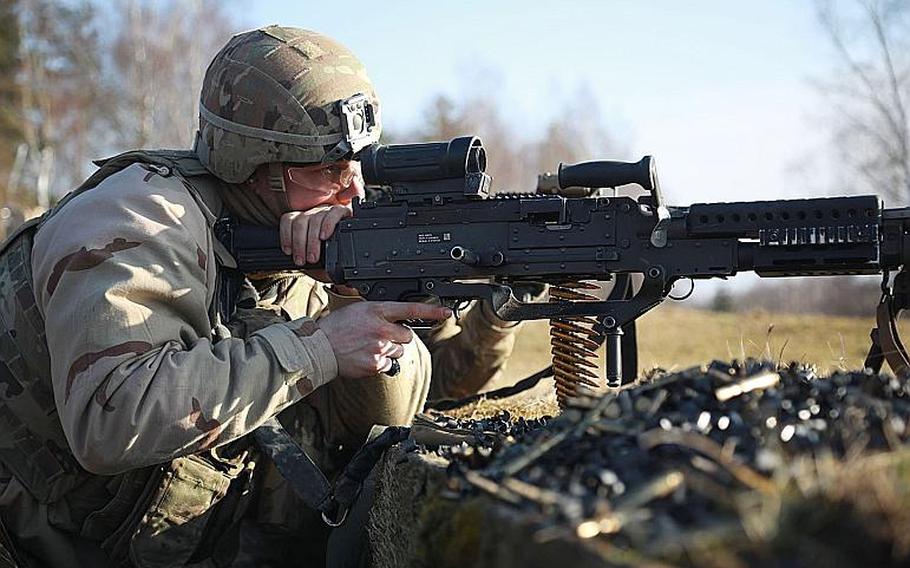 A U.S. 1st Cavalry Division soldier fires a M249 Light Machine Gun during training at Grafenwoehr Training Area, Germany, Jan. 16, 2020. Most NATO members are confident the U.S. will come to their defense if attacked by Russia, but are unwilling to do the same in return according to a Pew Research Center report released Feb. 9, 2020. Tomarius Roberts/U.S. Army (Tomarius Roberts/U.S. Army)

STUTTGART, Germany — Most NATO countries trust the United States to come to their defense if attacked by Russia, but few would be willing to return the favor, a new survey has found.

Majorities in 16 member states surveyed by the Pew Research Center said they believe the U.S. military would defend them if they were attacked, but only in five of the countries polled —the U.S., Netherlands, Canada, United Kingdom and Lithuania – did majorities say their country should use force to defend an ally, the survey said.

“There is widespread reluctance to fulfill the collective defense commitment outlined in Article 5 of NATO’s founding treaty,” the report said.

NATO’s Article 5, which states that an attack on one member requires a response from all, is the linchpin of the alliance that was formed 75 years ago as a collective bulwark against the Soviet Union.

Overall, member states continue to view NATO favorably, the poll found. A median of 53% in the 16 allies polled held positive views toward NATO while 27% had an unfavorable opinion.

But even in the country with the highest support for the alliance — Poland where 82% approve — only 40% said their military should come to the defense of another if attacked by Russia. Only a minority of Poles, 47%, also believed the U.S. would use force to defend them if they were attacked by Russia, the poll found.

Two other important NATO countries — Germany and France — were opposed to using military force to defend another member. In Germany, 60% said the country should not defend an ally under attack. In France, 53% held the same view.

“The belief that their country should respond to a hypothetical Russian attack on a NATO ally has become less common over time in a handful of countries,” Pew said.

Majorities in both France and Germany however, said they believed the U.S. would defend an ally under attack, the poll found.

In the U.S., attitudes toward NATO differ by political party affiliation, with Democrats more likely than Republicans to have a favorable opinion, the survey said. In 2019, 61% of Democrats had a positive view of the alliance, compared with 45% of Republicans.

In addition to the 16 member states surveyed, Pew also polled three nonmembers about the alliance. Majorities in Sweden and Ukraine had favorable opinions of NATO, while, not surprisingly, only 16% did in Russia.