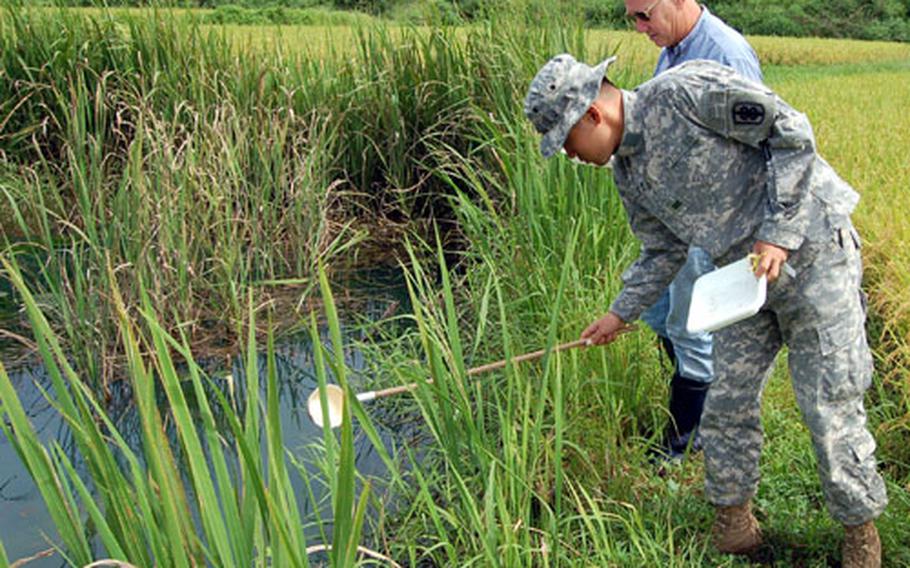 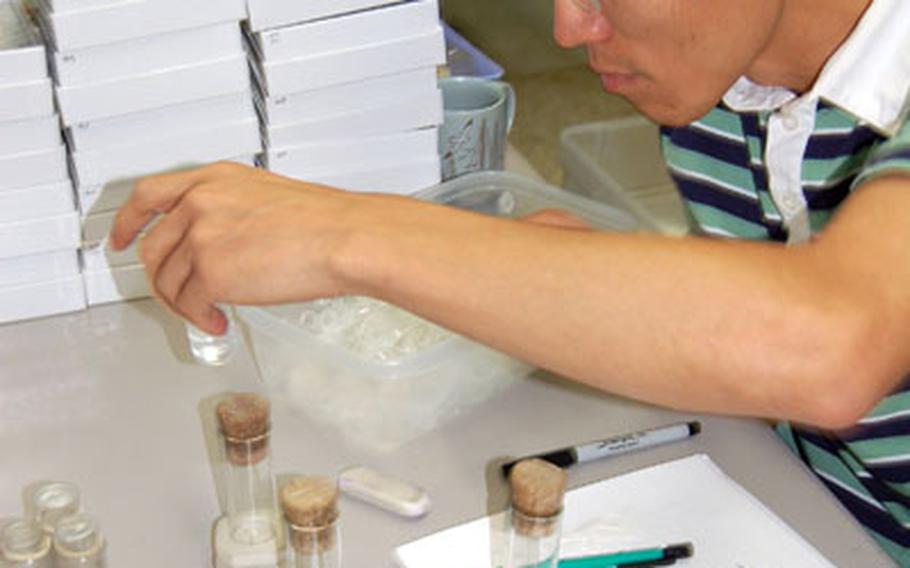 Chang Sung-tae at the 5th Medical Detachment’s lab at Yongsan Garrison, South Korea, prepares mosquitoes for shipping to Walter Reed Army Medical Center’s Bio Systematics Unit. There, the insects’ genetic material will be analyzed to determine their species, which ultimately helps determine which areas in the country might be home to mosquitoes that carry malaria. (Jimmy Norris / S&S) 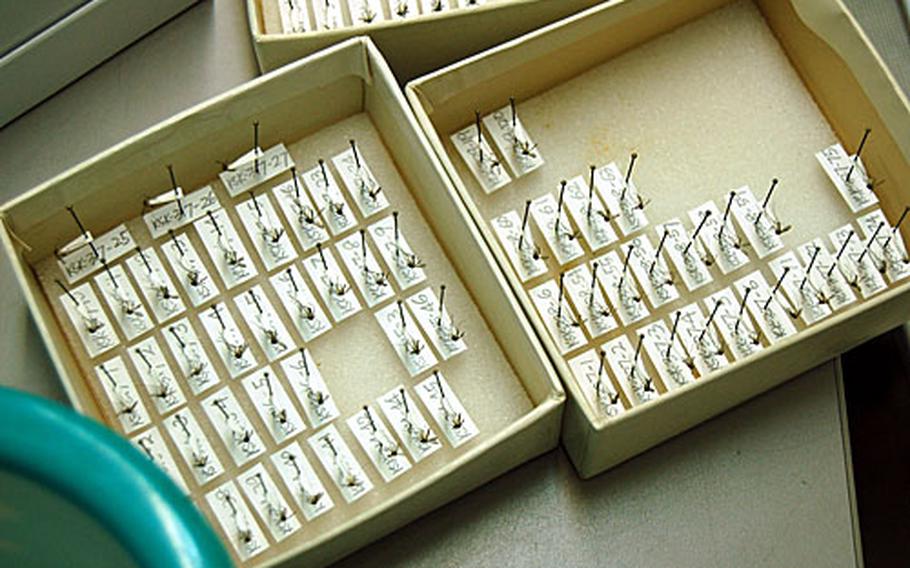 WARRIOR BASE, South Korea &#8212; Terry Klein isn&#8217;t afraid to jump electric fences, check for landmines, then face what may be one of the world&#8217;s deadliest insects: the mosquito.

While the deadly version of the disease primarily kills children in sub-Saharan Africa, Korea&#8217;s nonlethal version temporarily sidelined at least 13 servicemembers this year, and more cases of the parasitic illness are expected by the end of September.

Klein, 61, said malaria is transmitted mainly through female mosquitoes at least 15 days old, which are prevalent in August.

While 60 percent of the people infected with malaria won&#8217;t show symptoms &#8212; fever, chills, heavy sweating and vomiting &#8212; for about a year, the remaining 40 percent will develop symptoms in 12 to 21 days after transmission.

Klein spends two weeks each month collecting specimens from rice paddies, ponds and other bodies of standing water across South Korea. The mosquito surveys focus on Hayang, near Daegu; Cheongeong, near Seoul; and Warrior Base, just south of the demilitarized zone.

Warrior Base, a field training area, is the source of more than half the malaria cases among troops in South Korea, Klein said.

Clad in waterproof rubber boots and floppy hats, the group trudged through the mud and used long-handled dippers to scoop water out of a pond. They then used eye-droppers to scoop and bag wriggling mosquito larvae.

The larvae were taken to the 5th Medical Detachment lab on Yongsan Garrison. There, they were to be raised to the third stage of their development, killed and shipped to Walter Reed Army Medical Center&#8217;s Bio Systematics Unit, where their genetic material will be analyzed to determine their species.

Klein said that the Walter Reed research helps identify which areas might be home to mosquitoes carrying malaria. He said only three of the eight mosquito species native to South Korea carry malaria.

Commanders can use the results to perform risk assessments and prevent the disease in their troops.

What does an entomologist with the 18th Medical Command have in common with a disease-carrying mosquito from South Korea?

Dr. Terry Klein is credited with the 1999 discovery of a species of mosquito that was named the Klein, or, more precisely, the anopheles kleini. Klein, an active duty Army colonel at the time, caught the then-unknown mosquito while serving as the Force Health Protection Office&#8217;s entomology consultant.

Klein was working on a project to identify differences between two species of mosquito that were indistinguishable in appearance.

Specimens were sent to scientists at Walter Reed Hospital&#8217;s Bio Systematics Unit, where another doctor also was working on the project.

That doctor learned Klein had sent him a third unknown species.

While Klein has been part of teams that discovered four to five other mosquito species, this was the first for which he was given sole credit.

Klein said the discovery of new insect species is fairly common, especially in cases where the insects are visually identical. But having the credit does give him a certain amount of prestige among his peers, he said.

There are more than 3,400 species of mosquito in the world. Most spend their &#8220;childhood&#8221; face down in the water, breathing through a siphon coming from their butts.Only female mosquitoes bite, needing the extra energy from blood for laying eggs.Mosquitoes in South Korea can transmit Japanese encephalitis, and imported dengue fever. There is no West Nile virus in South Korea.Some mosquitoes carry more than 1,000 malaria parasites ready for injection into their next victims.A few species of mosquito have been known to fly more than seven miles to feed.Source: Entomologists Terry Klein and Desmond Foley.