Mortars: An old weapon to fight a new war 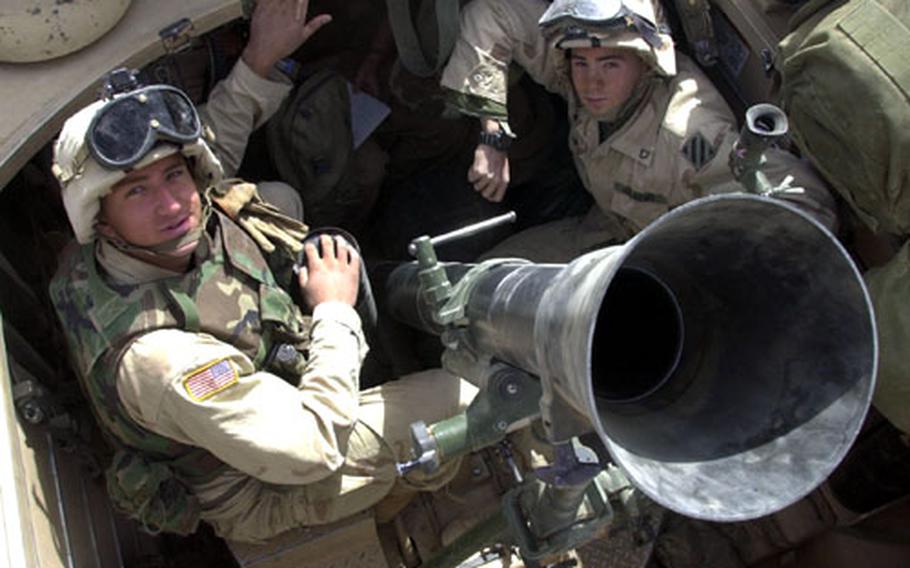 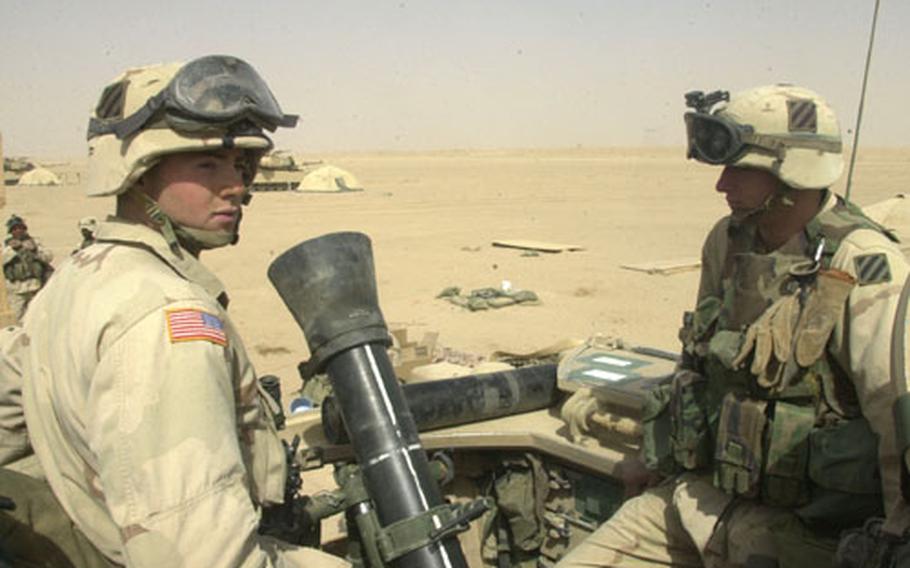 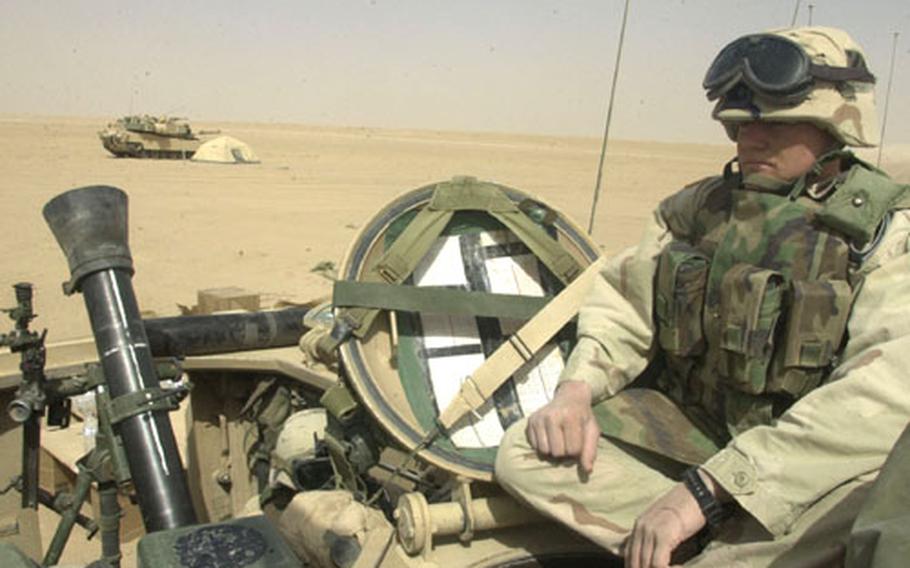 Spc. Robert Reavis, of the 1-15 Infantry, is an assistant gunner in a mobile 120mm mortar unit. (Joseph Giordono / S&S)

ASSEMBLY AREA HAMMER, Kuwait &#8212; In a war likely to be remembered for high-tech weapon wizardry, infantry units still rely on an old standby to deliver a mobile punch.

Mounted in the back of modified troop transports are the mobile and powerful 120 mm mortars. Teams can set up, target and fire 16 rounds in four minutes.

Whether used in the open desert, where its mobility is key, or in an urban environment, where its small size and high arc will make it a useful weapon, the mortars figure to play a major role by providing midrange artillery in any conflict with Iraq.

The mortars, locked into huge turntables in the open back of the vehicles, have a range of nearly 5 miles, States said. They can be fired from the track or taken out and fired from the ground.

They deliver a variety of 35-pound rounds &#8212; white phosphorous, illumination and explosive rounds &#8212; that have a kill radius of 70 meters. The mortars, because of their likely position between the artillery units and the infantry, also act as an eyes-on defense against friendly-fire incidents.

And unlike the old days, mortar gunners now have the luxury of sophisticated computer targeting systems to tell them where to fire. Of course, systems can fail, so each gunner still learns how to plot targets manually.

The new mortar tubes are less likely to overheat, as well.

Targets are acquired by spotters, who relay the coordinates to another team in the fire-direction control vehicle.

&#8220;We are the camera. The spotters give us the mission and the grid, where they want the round to land, and we plot it and tell the mortars where to put it,&#8221; said Sgt. Brandon Carson, a 30-year-old from Greenville, N.C.

Carson and his team of three operate in another troop transport that travels with the mortar teams; his computations are done with a small, hand-held computer. In the next few years, he said, the military will move to even smaller, faster devices.