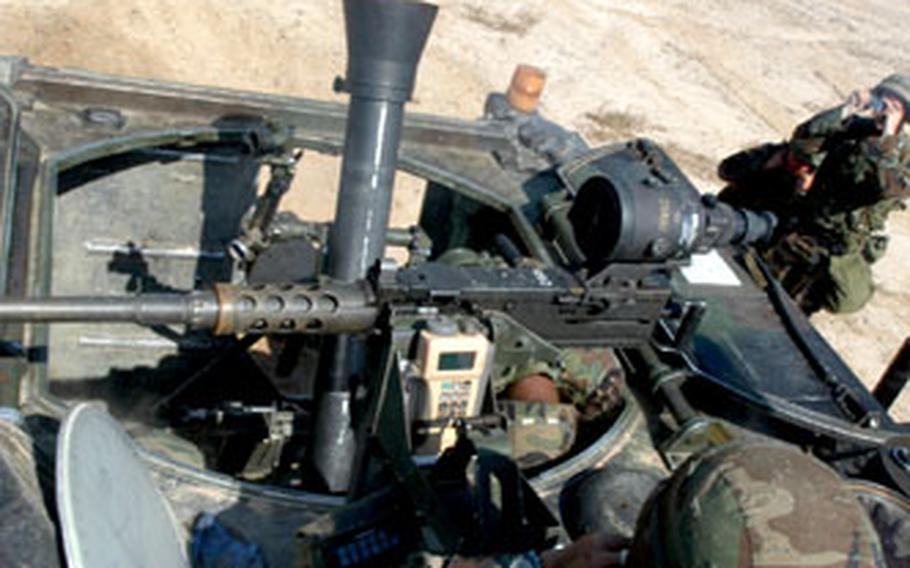 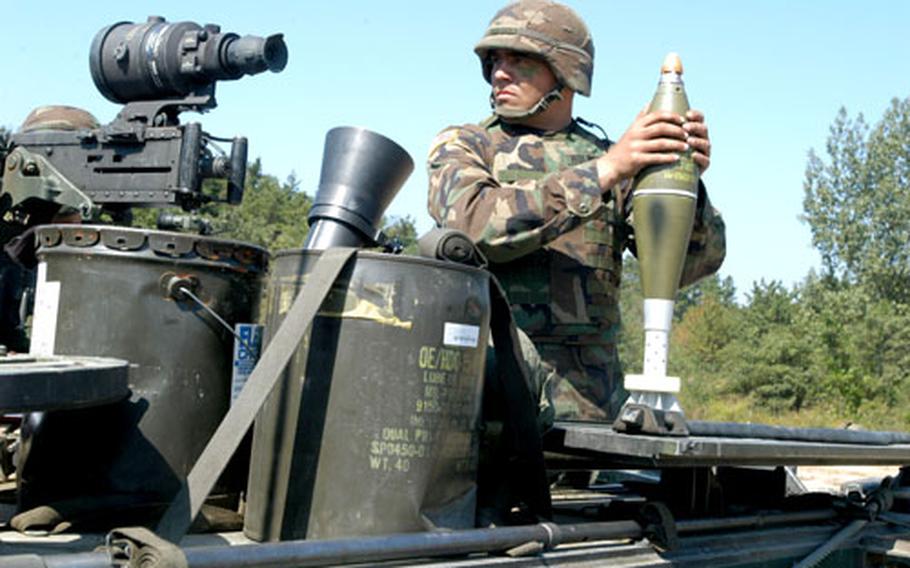 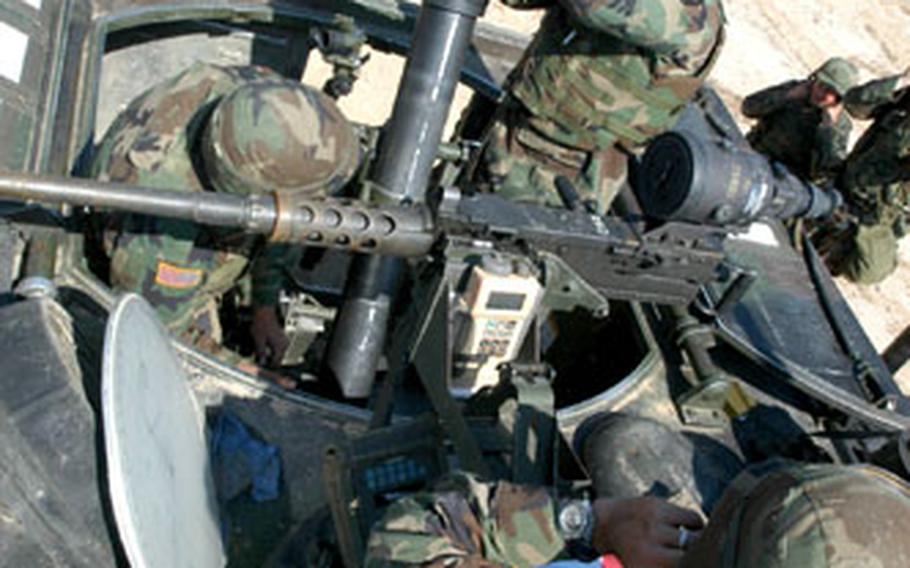 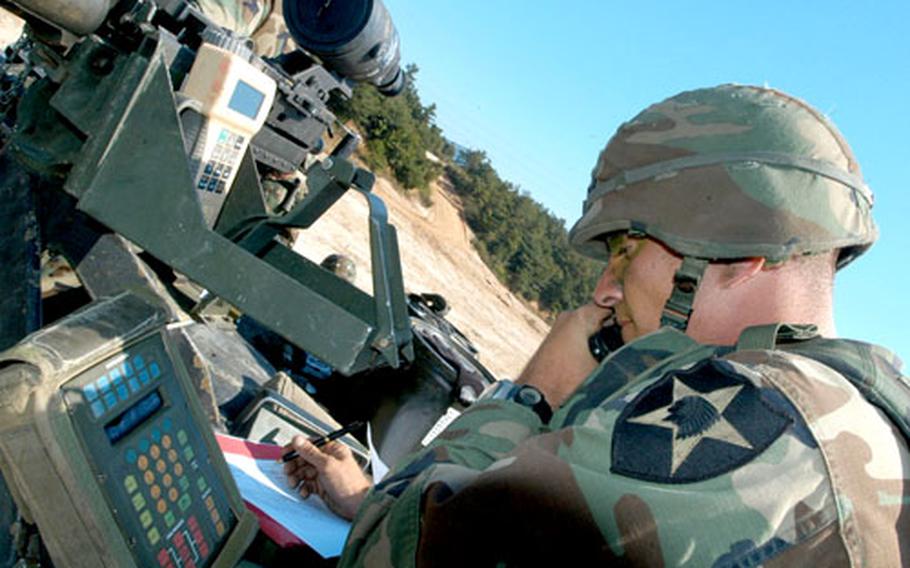 Then, with the smell of burnt propellant in their nostrils, mortarmen from 4-7&#8217;s Troop C waited. It was 30 seconds before they heard the rounds hit, over hills in a far-off corner of the range. They waited even longer before an observer confirmed over the radio that they&#8217;d struck the target.

So goes the lot of the mortarman. Like a professional golfer shooting out of a deep bunker toward the green, he must wait for the roar of the crowd to find out whether his shot is accurate.

Then again, according to Troop C senior mortarman 1st Sgt. Chad Utz, the 34-pound rounds the soldiers fire blast shrapnel across a 75-yard kill radius &#8212; the sort of explosive power that would leave a formerly pristine green in tatters.

After 16 years firing mortars, Utz has yet to tire of live-fire training. On Thursday he sat atop a tracked vehicle barking orders into his radio, plotting coordinates on a grid and punching them into a computer before the mortar shots rang out.

The training was the first time Utz, 35, of Dallas, had fired in a year, he said.

Range safety officer Staff Sgt. Michael Seiber, 34, of Crossville, Tenn., agreed that the training was special. Mortarmen spend most of their time maintaining vehicles, training with demo rounds or practicing with a plotting board or computer, he said.

Thursday&#8217;s training was a chance for commanders to see what mortars can do on the battlefield, Utz added.

In a real-world scenario, a forward observer would see a target of opportunity, such as a vehicle or group of enemy troops, then contact a mortar crew over the radio, Utz said.

To line up the mortars in the direction of their targets, mortar crews place &#8220;candy stripe&#8221; red and white poles in the ground that help them aim.

After firing in a battle the mortar crews would pack up their equipment and move as quickly as possible to avoid counter fire, Utz said.

Mortarmen&#8217;s skills have improved a lot in recent years. The weapons have performed well in Afghanistan, where steep terrain often makes them superior to conventional artillery, and in Iraq, where they are useful for counter-fire in urban terrain, he said.