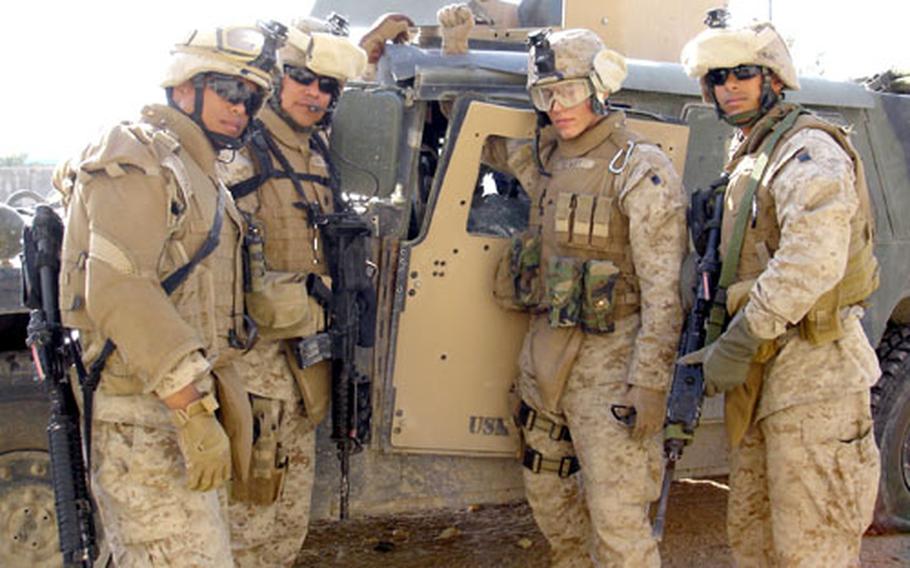 From left, Marine Cpl. Hari-Das Felix, Staff Sgt. Alberto PerezTorres, Cpl. Jeremy Newby and Cpl. Ernesto Mangual stand beside their Humvee in April after a live mortar round passed through their vehicle in Iraq before it hit the ground and exploded. (Photo courtesy of Staff Sgt. Alberto M. PerezTorres)

From left, Marine Cpl. Hari-Das Felix, Staff Sgt. Alberto PerezTorres, Cpl. Jeremy Newby and Cpl. Ernesto Mangual stand beside their Humvee in April after a live mortar round passed through their vehicle in Iraq before it hit the ground and exploded. (Photo courtesy of Staff Sgt. Alberto M. PerezTorres) 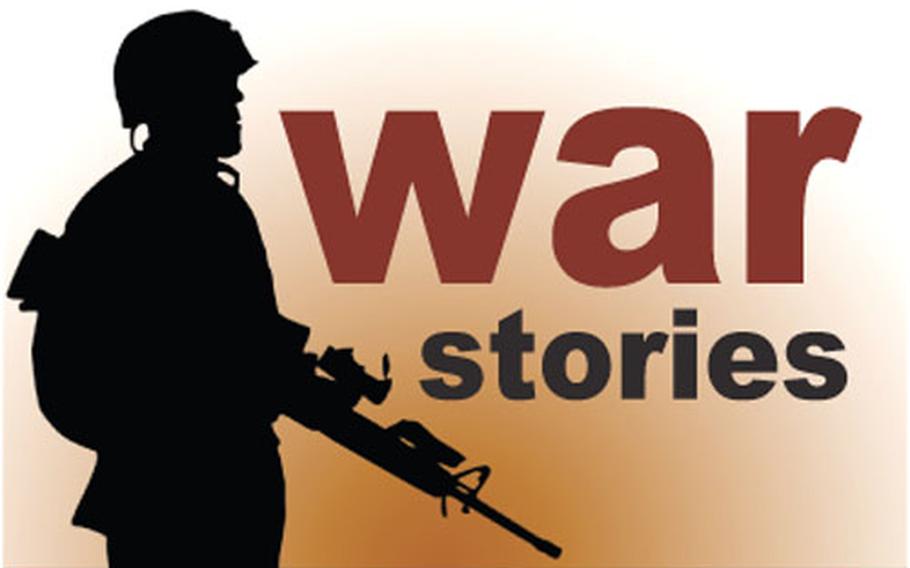 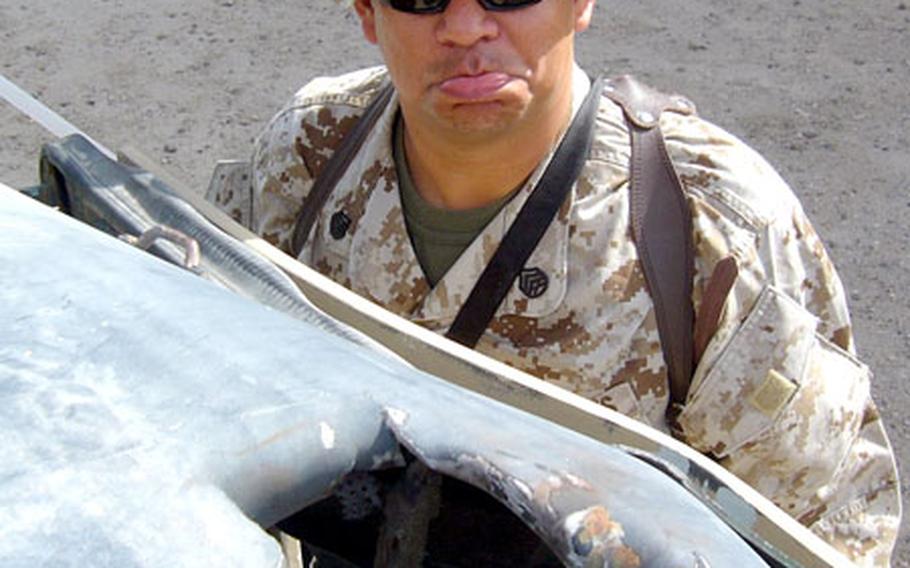 Yet, even after racking up hundreds of miles of resupply missions, none of PerezTorres&#8217; crew really expected the biggest threat of their tour to come plummeting in from the skies above.

Or at least that was the case until April 10, when PerezTorres and three fellow Marines from Combat Train One, 1st Battalion, 1st Marine Regiment found themselves carpooling with a live mortar round in what the lucky leathernecks now call a million-to-one close call.

The Marines, who belong to Regimental Combat Team 5, routinely haul such goods as water, food, ammunition, post exchange trailers, and generator and air-conditioning mechanics to a network of observation posts dug in north of Fallujah.

On this particular afternoon, Combat Train One was just wrapping up a visit to Observation Post Four, a former Iraqi government morgue near Karma. It had taken roughly 45 minutes to unload the convoy&#8217;s 7-ton trucks, and a company of grateful Marines was busy tearing into boxes of mail, as well as their first hot meal in days.

The crew of PerezTorres&#8217; vehicle &#8212; Lance Cpl. Jeremy Newby and Cpls. Hari-Das Felix and Ernesto Mangual &#8212; was sitting in the Humvee waiting for PerezTorres to return from the compound&#8217;s Command Operations Center.

Newby, the driver, was sitting with his head resting against the thick, layered glass of the driver&#8217;s side window. When he got the word to move out, the 21-year-old from Melvindale, Mich., lifted his head from the glass and put his helmet on.

At that very instant, the vehicle was jerked sideways by an explosion outside Newby&#8217;s door. Dirt, glass and metal flew through the vehicle.

Felix, a 21-year-old from Omaha, Neb., was sitting in the gun turret and found himself knocked into the vehicle.

While it was apparent that OP-4 was under mortar attack, the men didn&#8217;t learn until later exactly what had happened to their truck: An 82 mm mortar round had punched through the roof of their vehicle, directly over Newby&#8217;s seat; smashed through the driver&#8217;s side window; embedded itself in the dirt outside the Humvee and exploded.

The blast knocked Newby and Mangual unconscious. They awoke moments later to the noise of shouting.

None of the Marines suffered life-threatening injuries, although Newby and Mangual were treated for concussions. The driver also suffered cuts to his face and hand. When the Marines finally realized what happened, they were speechless.

PerezTorres said that the episode was an eye-opener.

Now, with less than a month remaining before 1-1 Marines are scheduled to return home to Camp Pendleton in Southern California, PerezTorres said his crew was not about to become complacent.