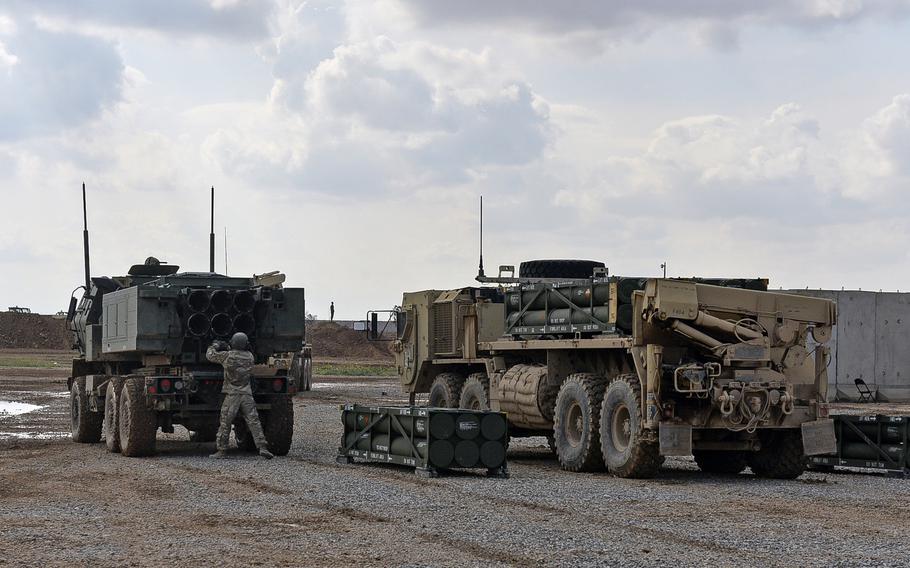 WASHINGTON — Additional forces from the 82nd Airborne Division have deployed to assist Iraq in the battle to retake Mosul from the Islamic State group as the U.S. military opened investigations into reports that an airstrike in the city killed civilians, the Pentagon said Monday.

The Pentagon would only say in a prepared news release that an “unspecified number” of additional troops from the division’s 2nd Brigade Combat Team were sent from the United States to provide additional advise and assist support to Iraq forces in the Mosul offensive.

The newly deployed elements of the 2nd Brigade Combat Team include two infantry companies and one route clearance platoon, according to a defense official who spoke on the condition of anonymity. They join 1,700 troops from the same Fort Bragg, North Carolina-based brigade combat team who deployed in November on a nine-month rotation in support of Operation Inherent Resolve.

Overall, the brigade combat team is providing artillery and intelligence support and is embedded with Iraqi fighting units as Iraq’s forces battle an estimated 2,000 Islamic State fighters who remain in Mosul’s western half.

Another 2,500 troops from the same unit remain at Fort Bragg an are “available if needed,” the defense official said.

The United States is authorized to have 5,262 troops in Iraq and 503 in Syria, but military officials can send servicemembers into both countries on short-term assignments, which are not included in the mandated troop limits. The temporary deployments can last up to 120 days.

The military has refused to say precisely how many troops are deployed to either country, however it is believed more than 6,000 U.S. troops are now operating in Iraq and nearly 1,000 in Syria.

The deployment of the additional forces comes as the escalation of U.S. troops against the Islamic State group in western Mosul, a densely populated urban area, has begun to draw questions whether a more aggressive stand against the terrorist organization has led to an increase in civilian deaths. A March 17 airstrike that eliminated a bomb-laden truck in Mosul might have killed scores of civilians, according to news reports.

U.S. Central Command has launched a preliminary investigation into that strike and others spanning a 10-day period beginning March 16. The military has yet to determine whether the March 17 strike killed civilians, Air Force Col. John Thomas, a Central Command spokesman, told reporters Monday at the Pentagon.

Thomas said investigators are looking through 700 videos of U.S. airstrikes in west Mosul during the time period to help determine whether there is evidence civilians were killed. He said the assessment is a high priority and anticipated it would last two to three weeks. If evidence is found, an official investigation into the incident would then be launched.

“We need to take the appropriate time to get this right,” Thomas said. “… We are not jumping to any conclusions.”

The airstrikes were all conducted in support of Iraqi security forces actively engaged against Islamic State fighters, he said.

Despite the uptick of claims that U.S. strikes killed civilians in recent weeks, including allegations that two separate American strikes in Syria killed non-combatants, Thomas said the military is not considering a change to how it approaches the strikes.

He declined to discuss targeting procedures or rules of engagement Monday.

Thomas reiterated the U.S. military uses “very precise” weapons and only engages “legitimate military targets.” Nonetheless, he said, west Mosul is densely packed with thousands of civilians amid “ferocious door-to-door fighting” and vowed the United States and Iraqi forces would do all they could to avoid killing them.

“There is no military force in the world that has proven more sensitive to civilian casualties,” Defense Secretary Jim Mattis said Monday at the Pentagon. “We go out of our way to always do everything that is humanly possible to reduce the loss of life or injury among innocent people. The same cannot be said for our adversaries.”