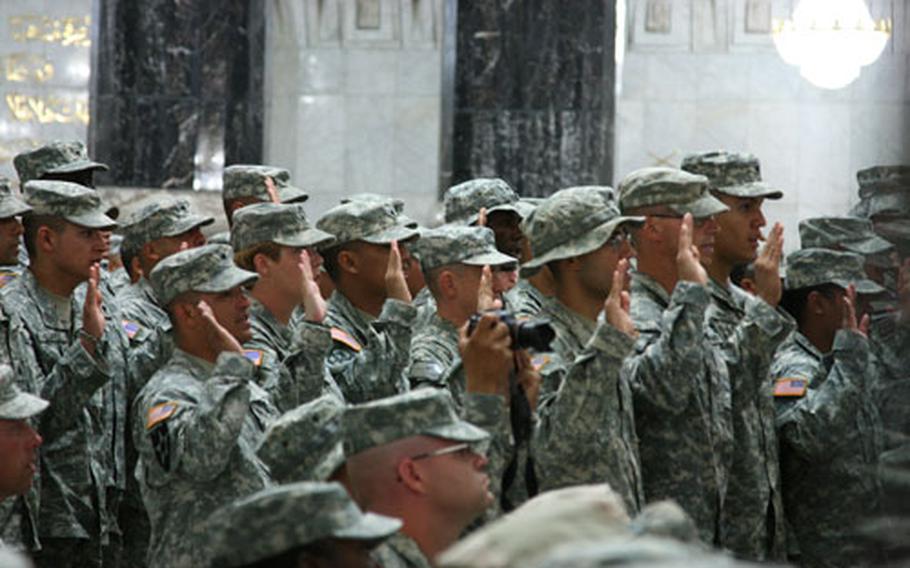 More than 160 servicemen and women from 54 countries became U.S. citizens and more than 500 others reenlisted during the special ceremony, the largest of its kind ever in Iraq. (Drew Brown / S&S)

More than 160 servicemen and women from 54 countries became U.S. citizens and more than 500 others reenlisted during the special ceremony, the largest of its kind ever in Iraq. (Drew Brown / S&S) 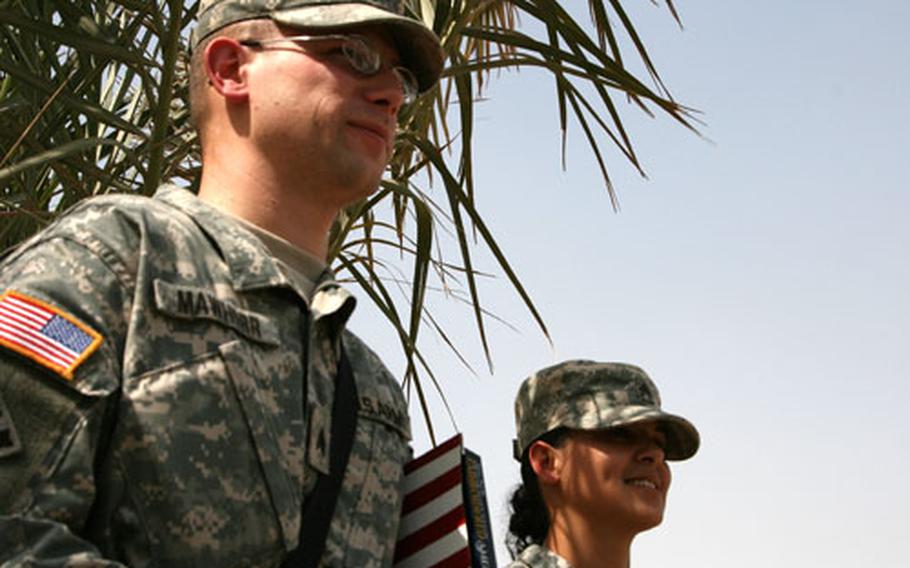 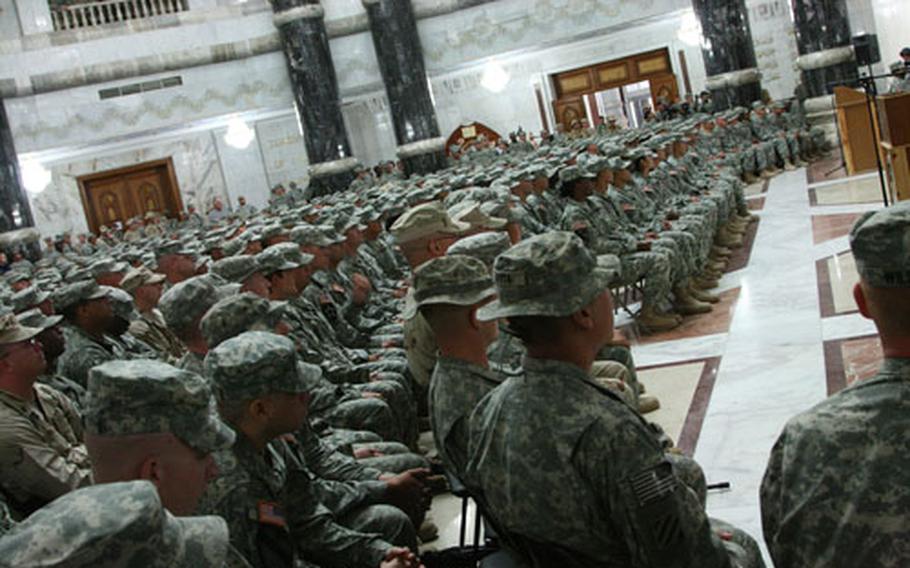 More than 500 U.S. servicemen and women reenlisted and more than 160 others became naturalized U.S. citizens. at Camp Victory in Iraq. (Drew Brown / S&S) 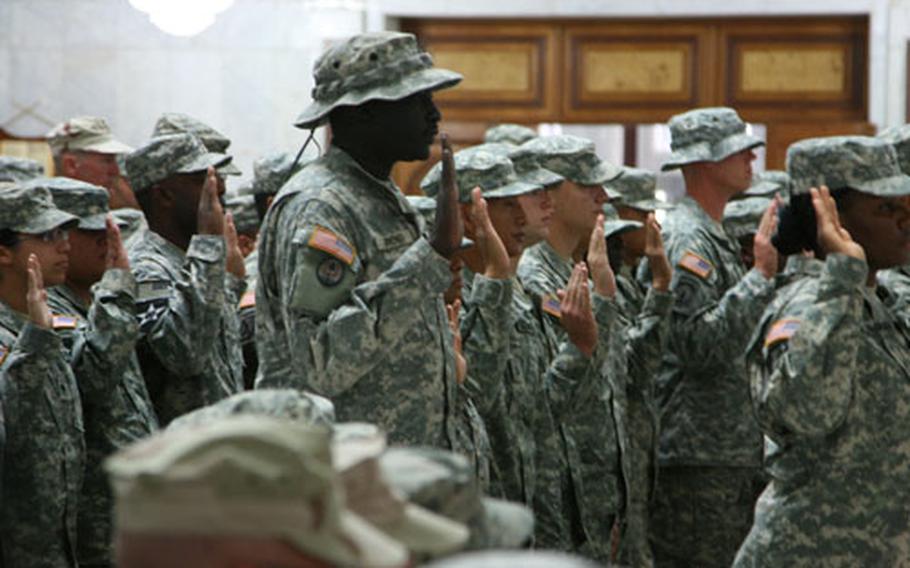 Troops raise their hands and swear the oath of allegiance to the United States, as they become naturalized citizens during a July Fourth ceremony at Camp Victory in Iraq. (Drew Brown / S&S)

BAGHDAD &#8212; When Sgts. Jason Mawhorr and Yelixa Mawhorr first deployed to Iraq in March, they didn&#8217;t think they would be seeing much of each other.

So when the opportunity came for husband and wife, both soldiers with the Army&#8217;s 3rd Infantry Division, to re-enlist together, they jumped at the chance.

The couple, who have two children at home with Yelixa&#8217;s mother, both re-enlisted for six more years in the Army; it was another milestone, they said, in what they both hope will be long and successful careers in uniform.

The husband and wife were among 500 servicemembers who re-enlisted Wednesday at one of Saddam Hussein&#8217;s former palaces, at Camp Victory, adjacent to Baghdad International Airport. The massive ceremony, during which 160 troops from 54 countries also became U.S. citizens, was the biggest of its kind to take place in Iraq.

The fact that the ceremony took place on July 4, exactly 4&#189; years to the date when they met at Fort Hood, Texas, also made the day a special one, said Yelixa, 25, of Brooklyn, N.Y.

McCain, who spent more than six years in captivity during the Vietnam War and who is now seeking the Republican presidential nomination, praised the troops for their sense of duty and their commitment to the U.S. mission in Iraq.

Although the country is deeply divided over the war, and Congress is pressuring President Bush to start bringing troops home, support from the American people for its servicemembers has not wavered, McCain told the troops.

Soldiers then stood at attention and saluted as a speaker read out the names of each of the 50 states and the dates they joined the union. Cannon fire boomed out over the loudspeakers after each state and date was called out. The troops cheered loudly when their home states were mentioned. Shouts of &#8220;Hooah!&#8221; echoed throughout the marble-tiled palace.

After the ceremony, Maj. Gen. Rick Lynch, commander of the Army&#8217;s 3rd Infantry Division, moved from one small group of soldiers to another, congratulating those who&#8217;d just re-enlisted and those who had just become new citizens. More than 180 soldiers from 3rd Infantry Division re-enlisted in the ceremony; 37 of them gained their citizenship.