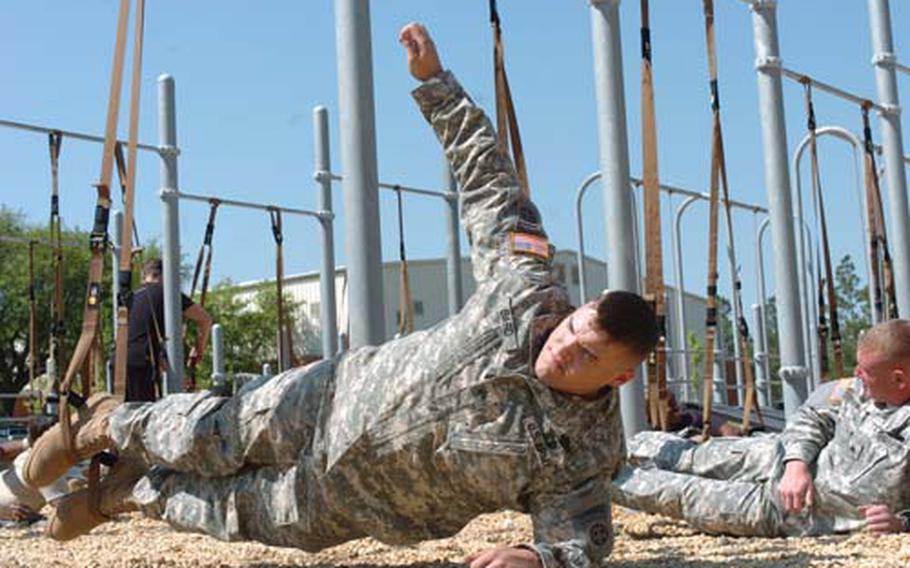 The percentage of active-duty troops who are overweight or obese has more than doubled since the start of the Iraq war in 2003, according to a recently released Pentagon study, with stress and return from deployments as the top reasons for weight gain.

For the study, military health officials reviewed servicemembers&#8217; outpatient records from 1998 to 2008, using the Body Mass Index scale to determine which troops were overweight or obese.

For the first four years of the study, the number and percentage of overweight troops remained relatively stable, even dipping slightly in 2001. Since that time, however, the number of overweight troops has ballooned from about 25,000 in 2001 to nearly 70,000 in 2008, according to the review, contained in the January edition of the Defense Department&#8217;s Medical Surveillance Monthly Report.

"In the past decade among active military members in general, the percent of military members who experience medical encounters for overweight/obesity has steadily increased," according to the report&#8217;s editorial comment section. "Since 2003, rates of increase have generally accelerated."

In 2003, the number of troops who were overweight/obese was about 1.75 percent of the active-duty population. Now, that number is 4.4 percent, or 68,786 troops. The biggest rate increase occurred between 2005 and 2007, when the percentage climbed from 2.9 percent to 4 percent.

Women made up the highest percentage of overweight active-duty personnel, with a rate of 7.2 percent of all servicemembers.

Troops working in health care were the most likely to be overweight/obese, at 6.9 percent of the active-duty population of the field.Air Force members had the highest percentage of troops who were overweight at 6.7 percent. Marines were the lowest with 1.2 percent. The age group with the highest percentage of overweight troops were those above 40 at 6.6 percent. Not surprisingly, troops younger than 20 had the lowest percentage diagnosed as overweight/obese at 1.6 percent.Medical personnel at the U.S. Navy hospital in Naples, Italy, say the report gives them an idea of where to focus their efforts in regard to the health of the military community, said Navy Lt. Kathleen Brennan, of the hospital&#8217;s Health Promotions program.

"[Overweight/obesity] issues are found throughout the military active duty and dependent population of [Naval Support Activity] Naples just by visually examining the community," she wrote in an e-mail. "However, we do not see as high of numbers of overweight and obesity as the non-military community."

Generally, the issue of overweight soldiers is a concern for the Army. But for troops and families in Europe, additional help is on the way.

In the coming weeks, "we are beginning a campaign to increase patient awareness of our wellness centers," said Phil Tegtmeier, a spokesman for European Regional Medical Command.

The Air Force in Europe was unable to reply to queries by deadline.

The DOD report concluded that the percentage of troops who are overweight/obese "is a significant military medical concern because it is associated with decreased military operational effectiveness, and both acute and chronic adverse health effects."

The result of the analysis suggests the military is significantly affected by weight problems similar to those facing young Americans, the report stated.

"&#8216;Nutritional fitness&#8217; should be a priority of military medical and line leaders at every level," it said.