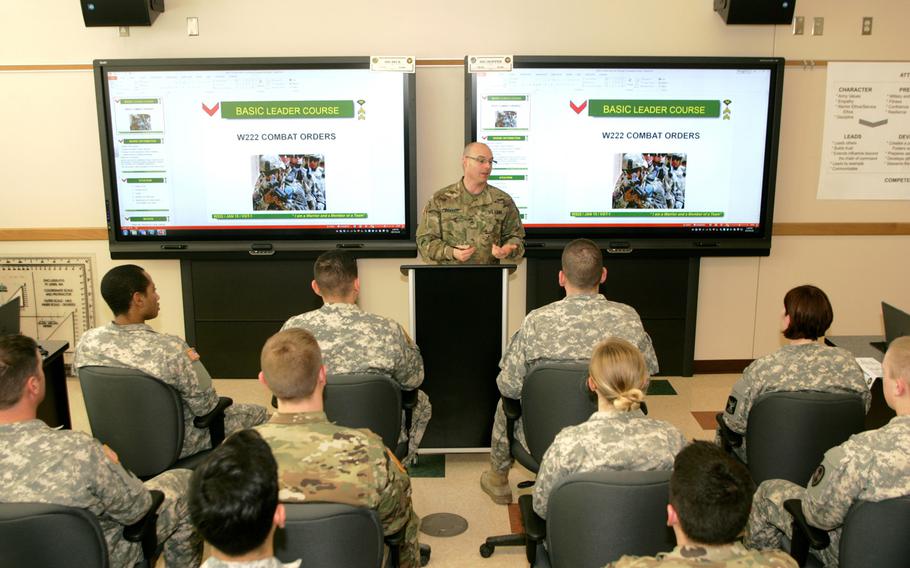 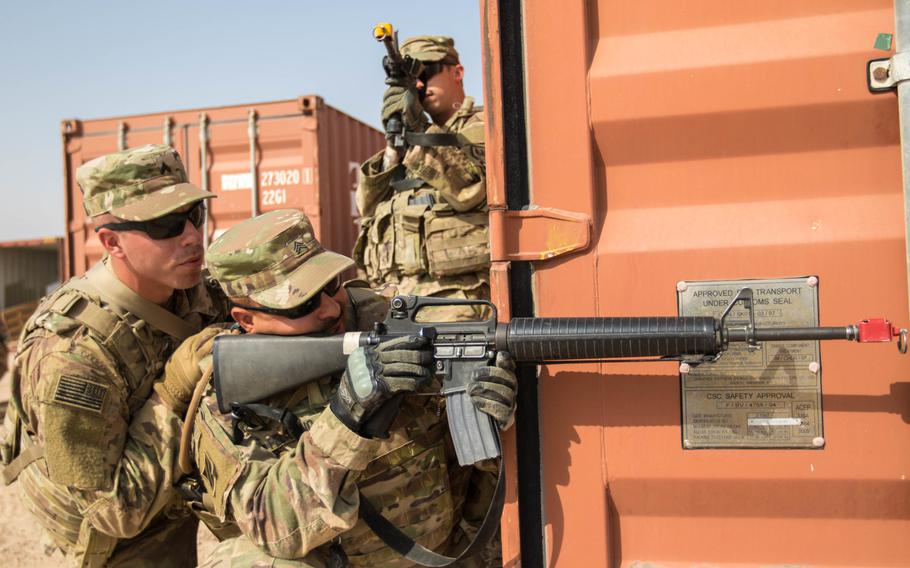 A squad leader communicates with his team leader behind cover during the STX at Camp Buehring, Kuwait. The soldiers are students in the Basic Leadership Course. (Jaccob Hearn/U.S. Army) 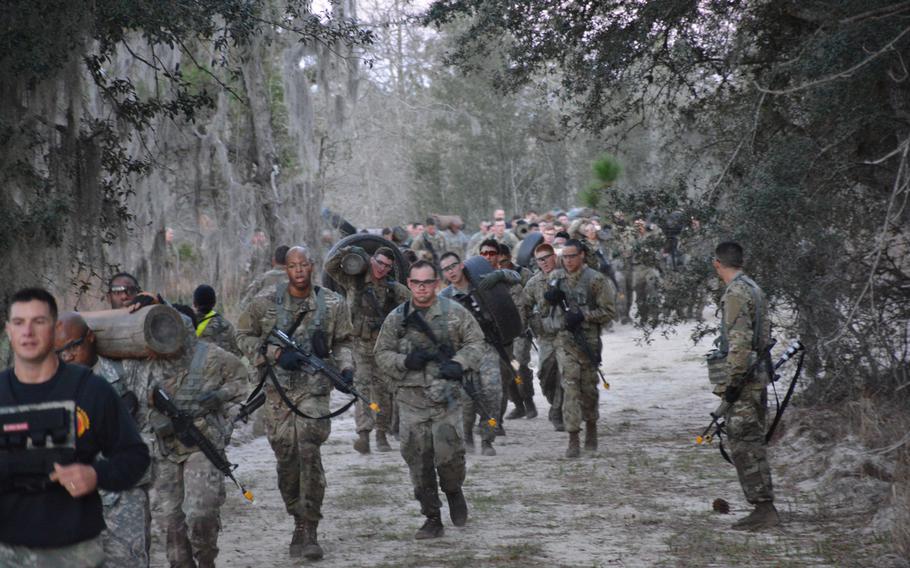 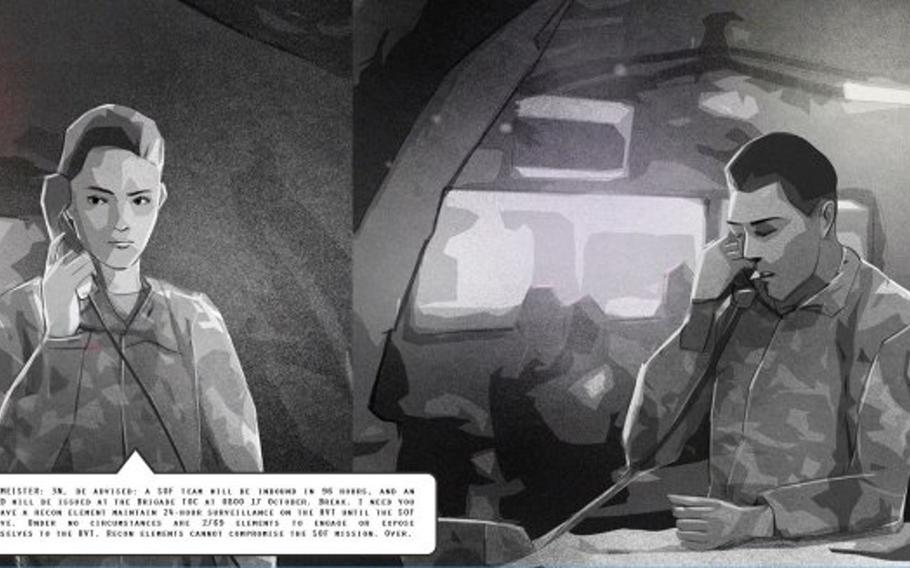 A screenshot of the Army's new Distributed Learning Course set to begin replacing the legacy Structured Self-Development distance learning on Aug. 2, 2018. Every decision soldiers make as they move through different online scenarios is graded and averaged into an Academic Evaluation Report. (Courtesy of U.S. Army)

The Army is changing its 40-year-old enlisted education system with a new curriculum and an online course offering graded decisions that carry over to all academies for noncommissioned officers.

Soldiers attending the improved Basic Leader Course will now be evaluated on writing essays, public speaking and giving training classes to their peers during the monthlong resident course.

A new revamped online program — known as the Distributed Leader Course — kicks off this month. The old Structured Self-Development Course dating back to the 1970s will be phased out over the next two years.

“Personally, I feel that public speaking should be one of the main focuses in BLC,” Sgt. Mason Carpenter of the South Carolina Army National Guard told Stars and Stripes. “Every great leader has some form of speaking skills to move the masses in a desired direction. Many times, we have great and knowledgeable leaders who do not know how to articulate information.”

The new curriculum at BLC trades sleep-inducing PowerPoint lectures for team exercises based on real-world scenarios. Multiple-choice examinations have been eliminated in favor of performance-based testing on topics such as writing, military briefings and physical readiness training.

As with the legacy SSD system, soldiers are automatically enrolled in each level of DLC and must successfully complete the online course before receiving a spot in an NCO academy required for their promotion.

The new online courseware has six levels of curriculum averaging 40 academic hours. Decisions, which are made by soldiers as they move through different online scenarios, are graded and averaged into an academic evaluation report.

That means that performance in Distributed Leader Course level 1 will directly affect the chance of graduating with honors at BLC. Students can take each level of DLC as many times as they wish, but the first passing score is the only one recorded.

Any soldiers who have completed their appropriate level of SSD will receive credit and be grandfathered for DLC at that level.