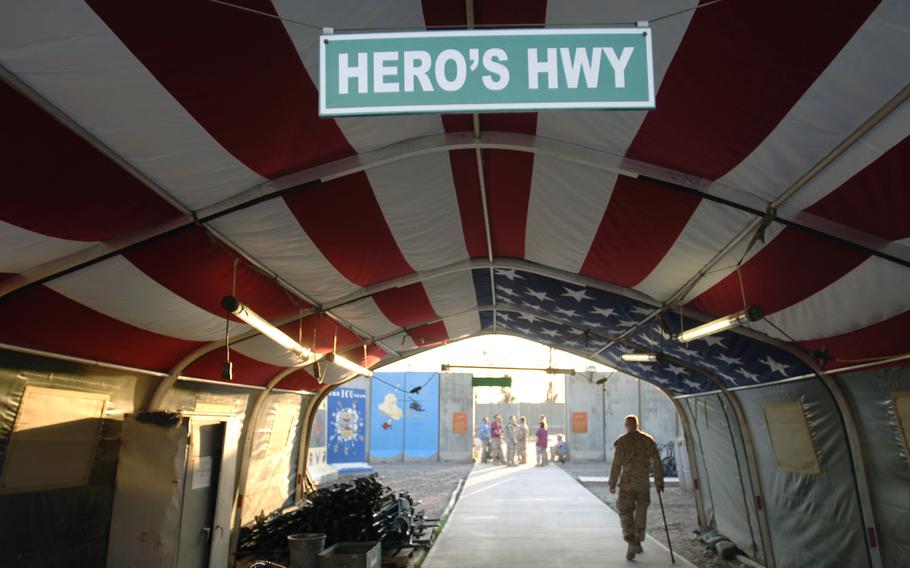 Medics work on the last patient of the day in the emergency room of the Air Force Theater Hospital on Balad Air Base, Iraq, Feb. 2007. A recent report said that survival rates increased three-fold during the wars in Iraq and Afghanistan. (Cecilio M. Ricardo Jr./U.S. Air Force)

An analysis of all U.S. casualties in Iraq and Afghanistan found that critically injured troops were far more likely to survive in the wars’ later stages than those at the start, largely due to efforts aimed at stemming blood loss among the wounded.

“We knew survival had improved; it was a little surprising how much it improved,” said Jeffrey Howard, a professor at the University of Texas at San Antonio and lead author of the study published this week in JAMA Surgery. “It’s huge gains.”

The study identified the use of tourniquets, pre-hospital blood transfusions and transport to combat hospitals within 60 minutes as the three primary factors in improved survival rates.

“Given that the primary cause of death in combat trauma is hemorrhage, these findings are not surprising,” the study said. “The key lesson from 16 years of conflict is that military trauma system advancements may be associated with increased survival, echoing historical themes of continued improvements to hemorrhage control and blood replacement and reducing time to treatment.”

Using tourniquets and stepping up response time with helicopter flights to hospitals happened as military trauma systems expanded, adapted and improved over the decade-plus conflicts.

In Afghanistan, a 2009 policy decision by then-Defense Secretary Robert Gates to halve the medevac response time to an hour — known as the “golden hour” — was a key to a 63 percent reduction in mortality, the study said. The policy fueled the expansion of medevac services and forward-deployed surgical resources.

“It really made a big impact,” Howard said. “Prior to that policy change, only about 25 percent of troops got to (a hospital) within an hour.” But even by 2012, medevacs with transfusion capabilities were rare, a previous study found.

“It really required an extreme re-working of the trauma system in that theater,” Howard said.

Overall, in both Iraq and Afghanistan, critical injuries comprised more than 16 percent of all casualties and more than 90 percent of combat deaths.

“If the system hadn’t improved things, it would have been much, much worse,” Howard said.

None of the three main factors that boosted survival rates were new: tourniquets have been used for millennia; rapid transport of the wounded for centuries; and blood replacement for more than 100 years.

But the study shows the significance of incremental improvements in training, equipment and procedures over the past two decades — such as wider availability and use of tourniquets, and fresh, whole blood products — some of which has been driven by changing battlefield conditions.

“We want to make sure we remember these lessons for the next time,” Howard said. The next war may be different, he said, but maximizing survivability won’t.

“The key is to minimize the time from injury to treatment,” he said.