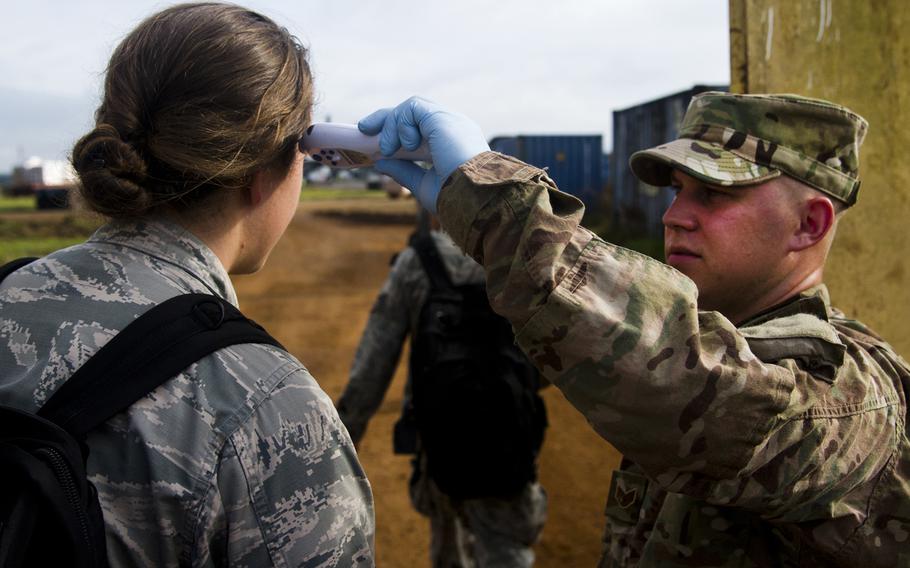 STUTTGART, Germany — A U.S. military effort to establish a new medical training center in Liberia will be a step forward in the fight against Ebola, but the international community must step forward with more health care providers and funds to battle the virus’ spread, U.S. officials said Wednesday.

The international effort in western Africa is in desperate need of not only treatment centers and health care workers to work in them, but more money, senior U.S. officials said during a conference call with Europe-based reporters.

“The best and most effective way to keep our own countries safe is to defeat this disease in west Africa,” said Donald Lu, the State Department’s deputy coordinator for Ebola response.

For its part, U.S. Africa Command is helping coordinate an effort to get health care workers trained to contend with an Ebola outbreak that has killed more than 4,500 people in western Africa. Given the logistical challenges of operating in the region, now in the midst of a harsh rainy season, military teams are helping fill capability gaps, officials said.

“That’s another reason we have asked our military to stand up a training facility in Monrovia,” said Nancy Lindborg, USAID’s assistant administrator for the Bureau for Democracy, Conflict, and Humanitarian Assistance. “It (the training center) will provide the capacity to train 500 health care workers a week.”

More than 500 servicemembers are now in Liberia to build treatment centers and provide logistical support. Thousands more are expected to deploy to the region in the coming weeks.

Much of the military’s focus is on getting a series of Ebola treatment units, as well as a training center, up and running. The first treatment facility is expected to be operational in Liberia in a matter of days.

In addition to constructing treatment centers, U.S. efforts also are focused on strategies to stem the spread of the virus, which is passed through the exchange of bodily fluids such as blood and human waste.

“We know we will not be able to beat this through beds alone,” Lindborg said.

So far, about 65 “burial teams” have been formed across Liberia to help ensure the safe burial of the deceased. In Liberia, there is a cultural tradition of washing loved ones before burial, which is a major source of infection, she said.

“We see this (the safe burial teams) as a very important way of breaking the cycle of infection,” Lindborg said.

Meanwhile, U.S. officials are urging European nations to step up their support.

The U.N. has estimated that $988 million is needed for a host of programs to counter Ebola and the effects on ravaged African communities, but so far only about $350 million has been raised.

For example, the U.S. has been working with the Italian air force to establish methods for ensuring the safe movement of gear and troops.

“The U.S. and our host nations are coordinating closely on vigorous protocols that are mutually accessible for the screening of any aircraft, cargo or personnel that pass through our host nations, which will allow us to work together in a comprehensive, global fight against the spread of this disease,” Mitchell said.