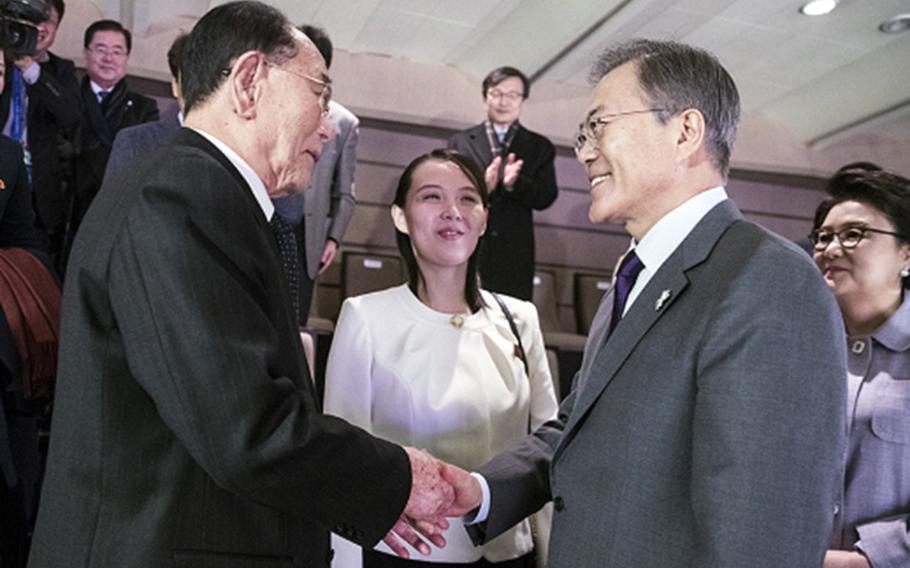 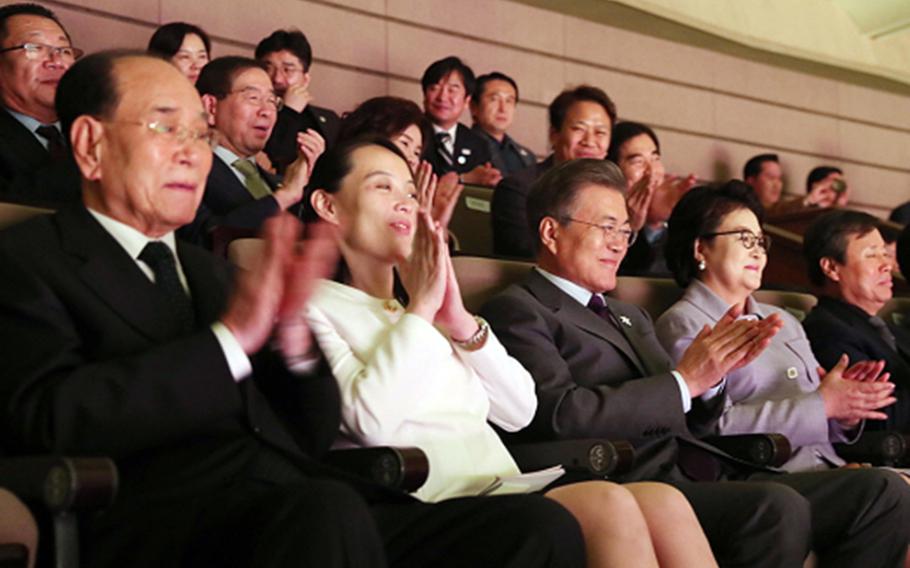 SEOUL, South Korea — President Moon Jae-in has the opportunity to finish what his mentors started when he sits down with North Korea’s leader Friday for only the third summit between the rival nations since the 1950-53 war. He knows it won’t be easy. The 65-year-old former human-rights lawyer had a front-row seat to the second summit in 2007 as the right-hand man to then-President Roh Moo-hyun, although he didn’t attend the actual meeting. “For this reason, I can say I have experience in holding an inter-Korean summit and making it a success,” he said in a speech last week. “Nonetheless, now is a far cry from then,” he acknowledged. “The North’s nuclear weapons and missiles have now become incomparably more sophisticated than at that time.” Moon, a former commando and the son of North Korean refugees, took power on May 10, 2017, after winning a snap election following the ouster of his hardline predecessor Park Geun-hye. He came to office promising to seek peace with the North, following in the footsteps of Roh and South Korea’s other liberal president, the late Kim Dae-jung, who won the Nobel Peace Prize in 2000 for his so-called “Sunshine Policy.” But his mission was quickly complicated by near weekly missile tests by the communist state and an escalating war of words between the North and President Donald Trump. While Washington and Seoul professed their longstanding alliance was as “ironclad” as ever, the two leaders clearly differed over the approach toward the defiant regime. Trump threatened to unleash “fire and fury” and to “totally destroy” the North if necessary. At one point his administration raised the possibility of a preventive strike, which military officials warned would lead to fierce retaliation by the North, which has hundreds of thousands of soldiers and a massive arsenal of conventional weapons positioned near the heavily fortified border region. Moon agreed to increased sanctions and diplomatic pressure on Pyongyang but insisted he would never allow another war on the peninsula and no military action could take place without his permission.

Humble beginningsMoon Jae-in was born on a small, southeastern island about six months before the United States and North Korea signed an armistice that ended the hostilities but left the peninsula technically in a state of war. He spent much of his youth in poverty before entering Kyung Hee University in Seoul to study law. Moon spent months in jail after joining a pro-democracy movement to topple the dictatorship of Park Chung-hee, who is the father of the recently ousted president and was assassinated in 1979. Moon was later conscripted into the military’s special forces and was part of the response team after North Korean troops murdered an American soldier with an axe in the Demilitarized Zone in 1976. He joined Roh’s law office in the early 1980s and defended the rights of poor laborers and student activists until he followed his mentor into the president’s office as an aide in 2003. Moon, who was dubbed “Roh Moo-hyun’s shadow” by the local media, quit in 2004 to go on a long hike in the Himalayas. He returned after a short period as Roh faced impeachment over alleged election-law violations. Moon also served as a defense lawyer when Roh faced a corruption investigation after leaving office and has said the former president’s subsequent suicide in May 2009 prompted him to join politics. He wrote in a best-selling memoir that Roh had changed his life. Moon lost the 2012 election to Park Geun-hye by a million votes but gained support amid the public outrage against her conservative government as millions of South Koreans took to the streets calling for her ouster. His popularity ratings hover in the 60-70 percent range, according to weekly polls. The president began courting North Korean leader Kim Jong Un almost immediately, saying he was even willing to travel to Pyongyang under the right conditions. “I will do everything in my power to bring peace to the peninsula,” he said in his inauguration speech. The Feb. 9-25 Winter Olympics, which were held in the South Korean alpine town of Pyeongchang, turned out to be his lucky break. His administration tirelessly lobbied the North to join the competition, then hosted Kim’s powerful sister and other emissaries with fanfare at a banquet and later a joint concert. “Moon Jae-in certainly played a crucial role in changing North Korea’s direction,” Cheong Seong-chang, a senior research fellow at South Korea’s Sejong Institute, said during a recent forum.

Middle man Moon also has faced a delicate balance between efforts to engage the North and maintaining his country’s longstanding alliance with the U.S. even as Trump adopted increasingly bellicose rhetoric. “The one area in which Moon Jae-in has differed from Trump is his belief that war is not possible under any circumstance,” Cheong said. Moon’s efforts so far will culminate on Friday when he meets with Kim in the truce village of Panmunjom in the heavily fortified border area. Moon has proposed a phased approach in which North Korea declares its commitment to denuclearization and a permanent peace regime on the peninsula in exchange for security guarantees. That would be followed by a freeze and eventually the verifiable dismantling of the North’s nuclear weapons program. He got a boost when North Korea announced over the weekend that it was suspending intercontinental ballistic missile tests and closing its nuclear-testing facility. The two Koreas also installed an unprecedented telephone hotline between their leaders last week. But unlike the previous inter-Korean summits between their predecessors in 2007 and 2000, Moon’s meeting with Kim will be mainly seen as a preview for the first-ever U.S.-North Korean summit, which Trump has said is to be held in May or June. China also is hovering over the process as North Korea’s main benefactor, as evidenced by Kim’s secretive train trip last month to Beijing where he met with President Xi Jinping in his first trip abroad since assuming power in 2011. Moon, who has given Trump credit for the recent diplomatic successes, has acknowledged his role as mediator, saying that he believes it’s possible to reach a framework agreement in principle on denuclearization. “Ultimately, such an agreement has to be concluded between the United States and North Korea, not between the two Koreas,” he said last week during a meeting with local news executives.gamel.kim@stripes.comTwitter: @kimgamel