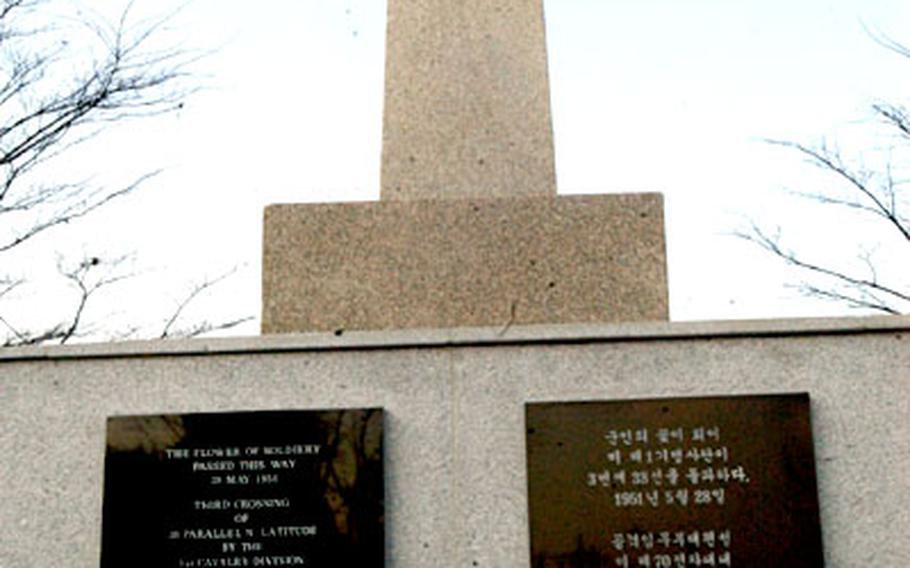 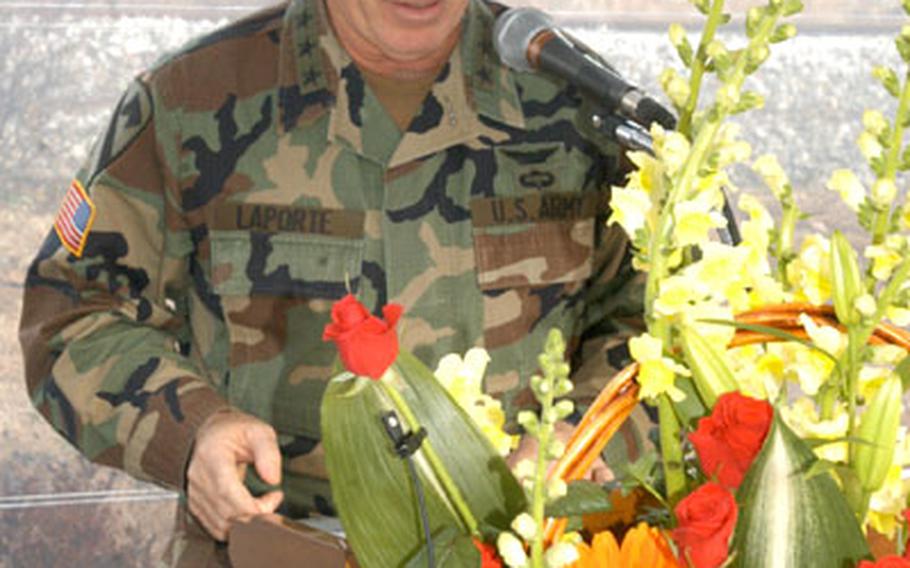 CAMP RED CLOUD, South Korea &#8212; A monument marking the 1st Cavalry Division&#8217;s 38th Parallel breakthrough during the Korean War has been restored and moved to a more accessible location near Tongducheon.

The memorial, which commemorates the 1st CD breakthrough on May 28, 1951, was erected in 1976 at the site of the breakthrough, said Maj. Darryl Stephens, 8th Army Headquarters.

It was moved to a government reserve in 1999 because the original site was on private land. The decision to relocate the memorial was made after a unit veteran visited it recently and discovered the monument falling into disrepair, Stephens said.

The new site, beside two South Korean monuments to the 38th Parallel crossing, is easily accessible, he said.

The monument also pays tribute to the Greek and Thai units who served alongside 1st CD during the war.

&#8220;Today the colors of 1st Cav fly proudly in Iraq to ensure that another nation can have the freedoms and liberties of democracy just like it did 50 years ago in Korea,&#8221; he said.

Another 1st Cav veteran at the ceremony, Sgt. 1st Class Michael Keene, 33, of Portsmouth, Va., who now serves with the 501st Military Intelligence Battalion at Yongsan Garrison in Seoul, said he was proud to wear a Stetson to the event.

&#8220;The original cavalry soldiers wore Stetsons to keep the sun out of their eyes,&#8221; he said. Keene approved of moving the monument to the more accessible location.

&#8220;It makes me feel good that 1st Cav soldiers were recognized for the ultimate sacrifice,&#8221; he said.