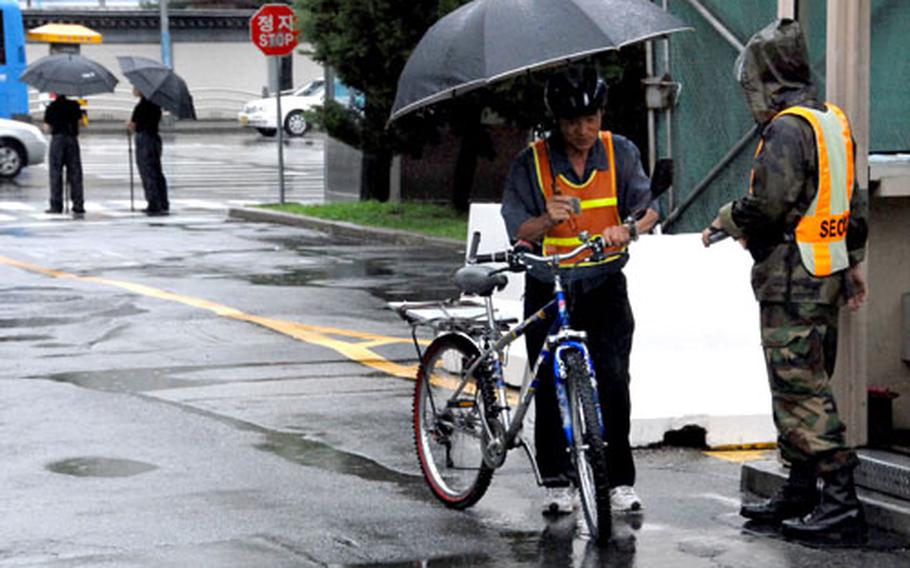 A South Korean man tries to stay dry on Thursday as he gets his identification card scanned before entering U.S. Army Garrison-Yongsan. (Ashley Rowland / Stripes)

A South Korean man tries to stay dry on Thursday as he gets his identification card scanned before entering U.S. Army Garrison-Yongsan. (Ashley Rowland / Stripes) 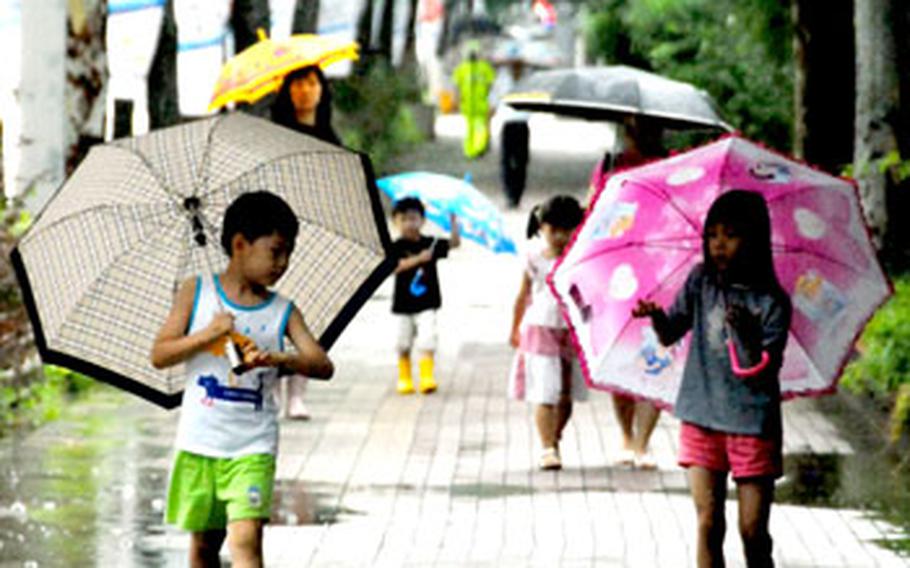 Master Sgt. Rick Webber of the 607th Weather Squadron said that up to 10 inches of rain was expected by Saturday.

He warned residents to be wary of low-lying areas and to watch for flooding on the Han River in Seoul, especially on the Banpo Bridge lower level, which is prone to flooding.

"Banpo is one of our main concerns as far as military people who live on the other side of the river," he said.

Sue Silpasornprasit, spokeswoman for Installation Management Command-Korea, said all of the Army garrisons in South Korea have taken measures to prevent flooding and mitigate damage.

She said authorities warn people to "use common-sense precautions, like reducing speed when driving and paying attention to warning signs posted in areas prone to flooding."

Monsoon season, during which South Korea receives more than half its annual rainfall, usually starts in the last week of June and ends in late July. It started later than normal this year, Webber said, because of shifting high-pressure systems in the Pacific.

He said he expects the season to end in mid- to late-August.