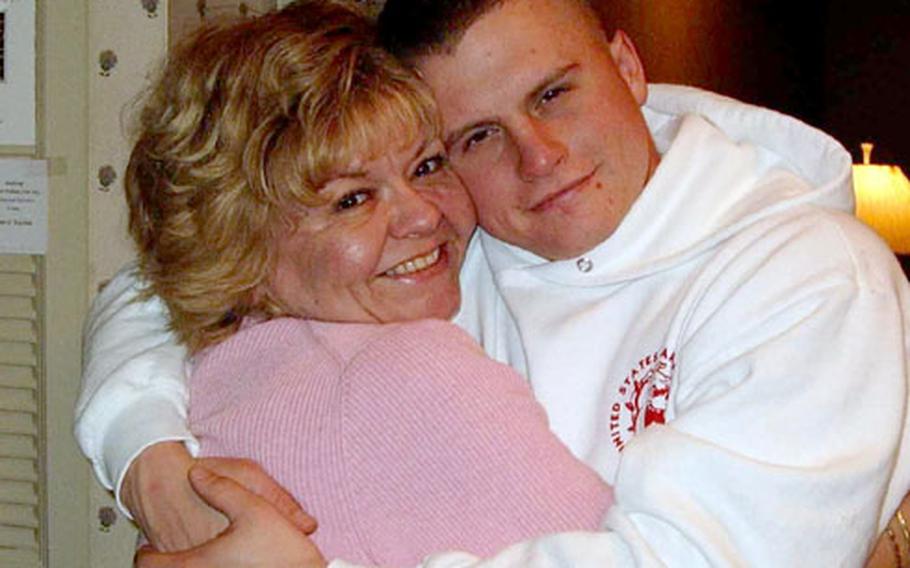 Judging by her six-month track record with 3rd Battalion, 2nd Marine Regiment, now at Habbaniyah, her Marines &#8212; including her son, Lance Cpl. Brian Michael Lewis &#8212; are going to have a holiday to look forward to in Iraq.

Still, a parents&#8217; network &#8212; even an unofficial one not affiliated with the official Marine &#8220;Key Volunteer&#8221; program &#8212; is a major departure from business as usual, as most military family support groups focus on spouses and children.

So far, 3-2 leadership has bought in big time. The Marines&#8217; demographics differ from those of other services, said Lt. Col. Todd Desgrosseilliers, 3-2 commander. The vast majority of his men are single, with their parents as their only family, Desgrosseilliers said.

Until now, there&#8217;s never been an effort to mobilize the parents in a support effort he believes boosts his Marines&#8217; and their parents&#8217; morale.

Signs of her and her unofficial network already are visible here. Lewis is coordinating an effort to get governors from all 50 states to send state flags, with seven &#8212; Kentucky, Georgia, Maine, South Dakota, Connecticut, Kansas and Michigan &#8212; already hanging in Camp Habbaniyah&#8217;s cavernous chow hall, with official greetings and salutations displayed below.

After she heard how the mess hall is the size of a gym, &#8220;I got the crazy idea the walls must be awfully bare. We should have state flags,&#8221; Lewis said.

As they support their sons, the parents support themselves, Lewis said. After a recent spate when several 3-2 Marines were killed in action over a brief time span, &#8220;all hell broke loose,&#8221; she said.

She started getting phone calls around the clock, going from organizer to counselor.

The result has been, through the miracle of modern communications, a Marine parent network crisscrossing the nation. For the flag project, Lewis has 37 parents making calls to 50 states, working now on Alaska, Arizona, Hawaii, Missouri, Nebraska, Nevada, New Mexico, Oregon, Tennessee, Utah, Washington and Wyoming.

Those 400-plus are now working on multiple projects including:

Operation Marine, care packages for guys who wouldn&#8217;t ordinarily get them.A huge banner for the chow hall reading, &#8220;The Betio Bastards have your backs!&#8221; a reference to the 3-2&#8217;s nickname, earned for their tenacious 1943 fight against the Japanese in the Gilbert Islands.A mega-Christmas project that will include sending 35, 3-foot Christmas trees as well as boxes of ornaments and decorations.Lewis said the irony is that her rather shy son Michael &#8212; on his third Iraq rotation &#8212; is not thrilled about being in the spotlight.