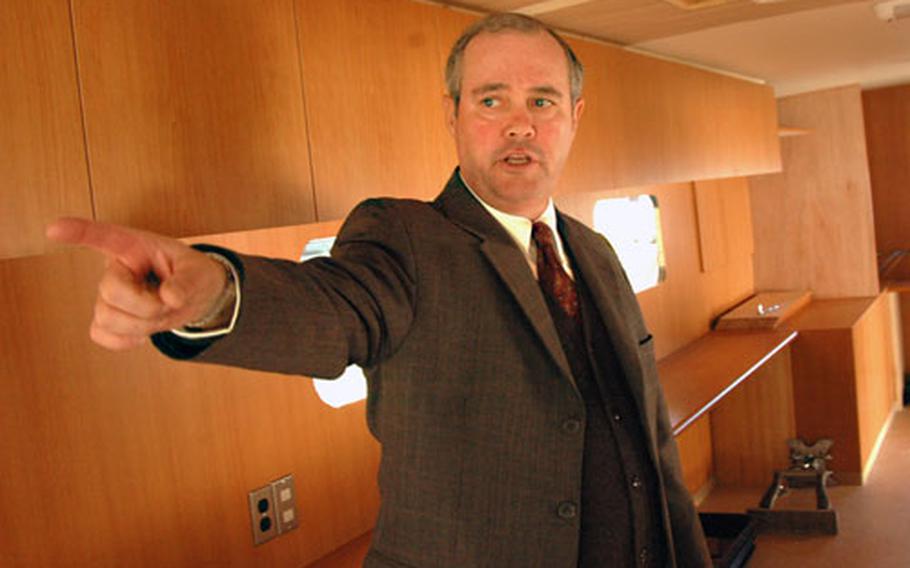 Rows of empty shipping boxes are stored at U.S. Fleet and Industrial Supply Center Yokosuka. The boxes are the manufacturer-recommended shipping containers and provide the best protection for fragile items such as plasma TVs during a move. (Chris Fowler / S&S)

NAVAL AIR FACILITY ATSUGI, Japan &#8212; Atsugi-based Navy emergency first responders will soon have two mobile emergency response trailers that can be towed to the scene of local incidents and allow workers to rapidly get to the business of saving lives and property.

In July, when a 6.8-magnitude earthquake struck Niigata prefecture, the joint U.S.-Japanese rescue team was forced to work from leaky tents to coordinate and respond to collapsed buildings, displaced families and a potential radiation hazard from a nearby nuclear power plant.

&#8220;It will have eight work stations to support a range of missions including fire, police, public works and medical response teams,&#8221; he said.

Outfitted with plasma display screens, multiple lines of communication and an independent power generator, the trailer is designed to arrive on station ready to streamline time it takes to get help where needed the most, Puckett said.

And with 14.8 million people living within an eight-mile radius of the Atsugi base, every second counts, he said.

The second trailer is set up to respond to medical and hazardous-material situations.

According to Lt. Saint Adeogba of Atsugi&#8217;s Branch Health Clinic, the multimission trailer can be configured to allow emergency care responders to provide care similar to that of a medical trauma unit.

Puckett expects the base will be able to deploy the trailers as early as this spring and said that naval installations at Yokosuka, Sasebo and Okinawa are to each receive a set based on Atsugi&#8217;s design.