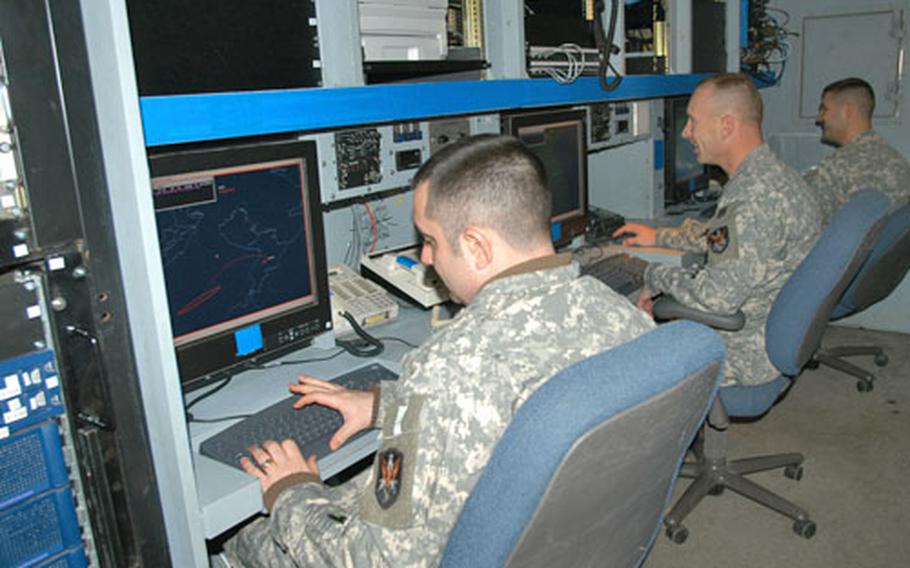 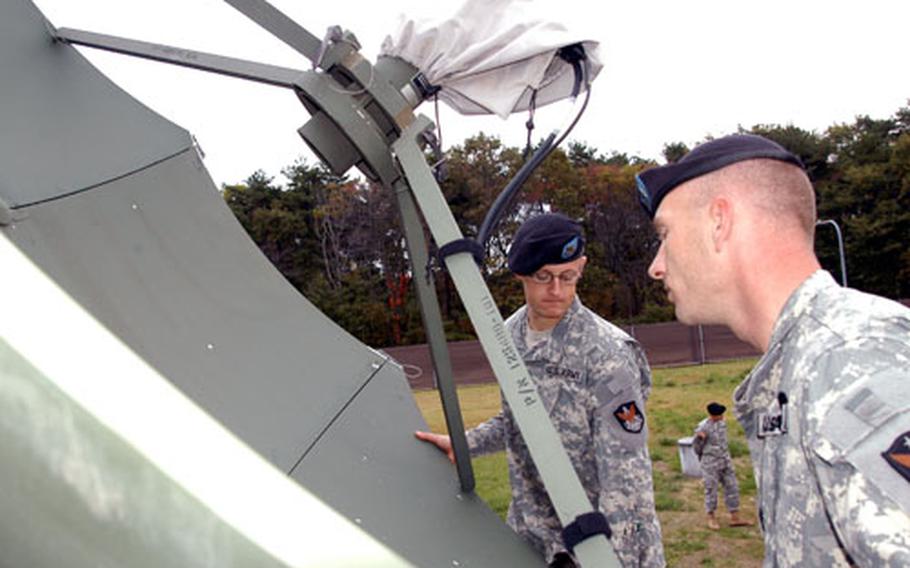 Staff Sgt. Jonas Moody, left, and Sgt. 1st Class Cody Dorman adjust one of three satellite antennas that are part of the Joint Tactical Ground Stations detachment at Misawa Air Base. The mobile missile tracking system, the first system of its kind in Japan and the second in the Pacific theater, was demonstrated to civic and military leaders and the media on Tuesday. (Jennifer H. Svan / S&S) 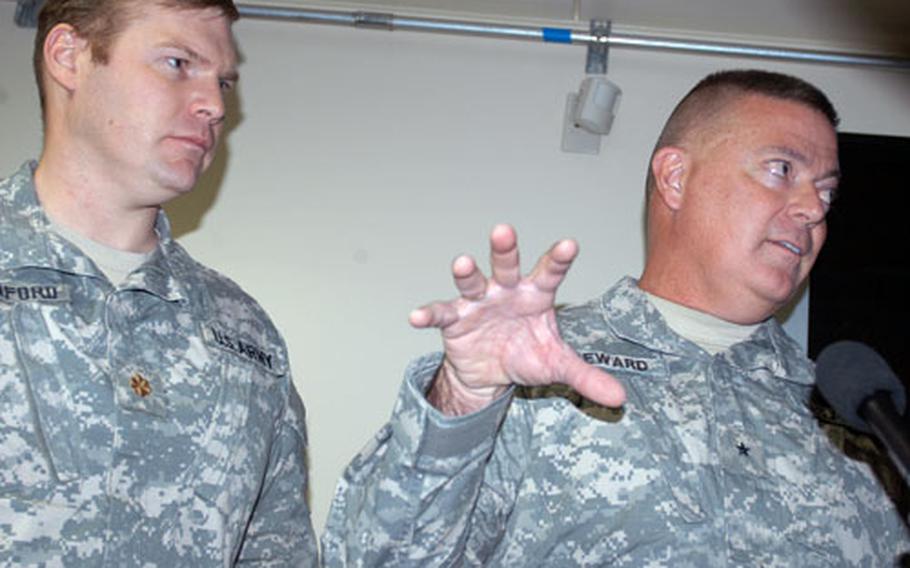 MISAWA AIR BASE, Japan &#8212; In the demonstration, the computer map showed a ballistic missile launch from North Korea.

Seward, U.S. Army Space and Missile Defense Command/Army Forces Strategic Command deputy commander for operations based in Colorado Springs, Colo., said the process was four years in the making, at the request of U.S. Pacific Command. Although its three satellite antennas can be picked up and moved in the back of vehicles, the station will be a permanent presence at Misawa for the foreseeable future, officials said.

Japanese civic leaders, media members and military leaders from the Japan Air Self-Defense Force and 35th Fighter Wing were given a tour and demonstration of how JTAGS works.

Three soldiers sat at computers with screens that simulated detection of a ballistic missile launch.

One soldier picked up the phone to sound a warning.

In the event of an actual missile launch, JTAGS soldiers would swiftly notify U.S. commanders and allied forces in the region, Army officials said.

Reporters were curious how quickly JTAGS operators could recognize a launch after the fact.

Infrared detectors on those satellites can sense heat generated from a missile launch and relay that information to JTAGS ground antennas.

Seward was also asked why Misawa was selected for JTAGS.

He noted JTAGS provides early missile warnings for the Pacific theater, as does another JTAGS at Osan Air Base, South Korea.

West of Misawa on the Sea of Japan is the Shariki Communications Site. It uses ground radar to detect a missile once it&#8217;s in flight, Seward noted.

As to how precisely JTAGS can predict a missile&#8217;s impact point, Seward said, &#8220;It has the ability to at least give areas of risk,&#8221; such as a military base or a community.