Tom Phelps taught at London Central for 23 years, and said he was "delighted" to be teaching art Lakenheath High School this year. "It&#39;s a wonderful place to be," he said. (Geoff Ziezulewicz / S&S)

Tom Phelps taught at London Central for 23 years, and said he was "delighted" to be teaching art Lakenheath High School this year. "It&#39;s a wonderful place to be," he said. (Geoff Ziezulewicz / S&S) 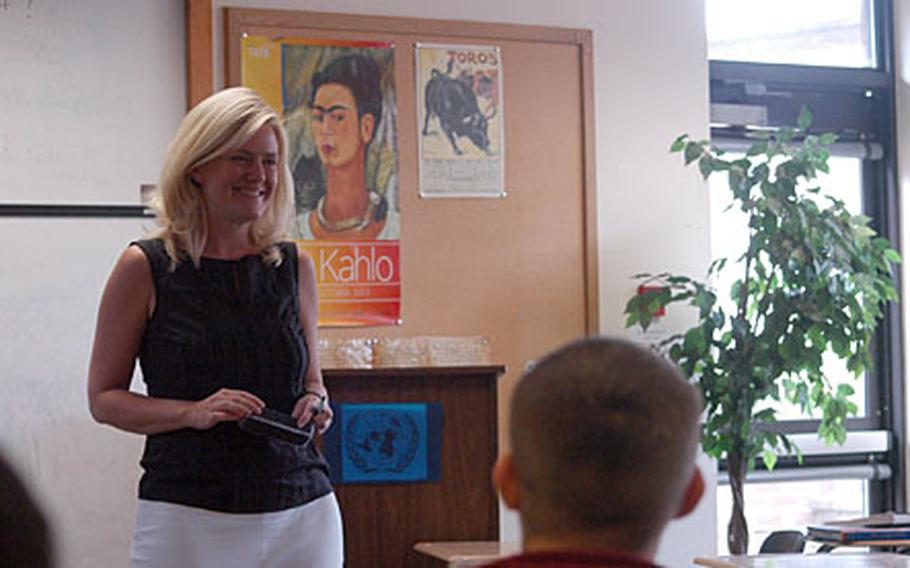 Fifty-three London Central teachers, including Caletha Mitchell, were reassigned to Defense Department schools around the globe after the school closed this past spring. But Mitchell and about 21 other London Central teachers have been brought into other U.K. schools. Mitchell now teaches U.S. history, sociology, Spanish and Model U.N. at Lakenheath High School. (Geoff Ziezulewicz / S&S) 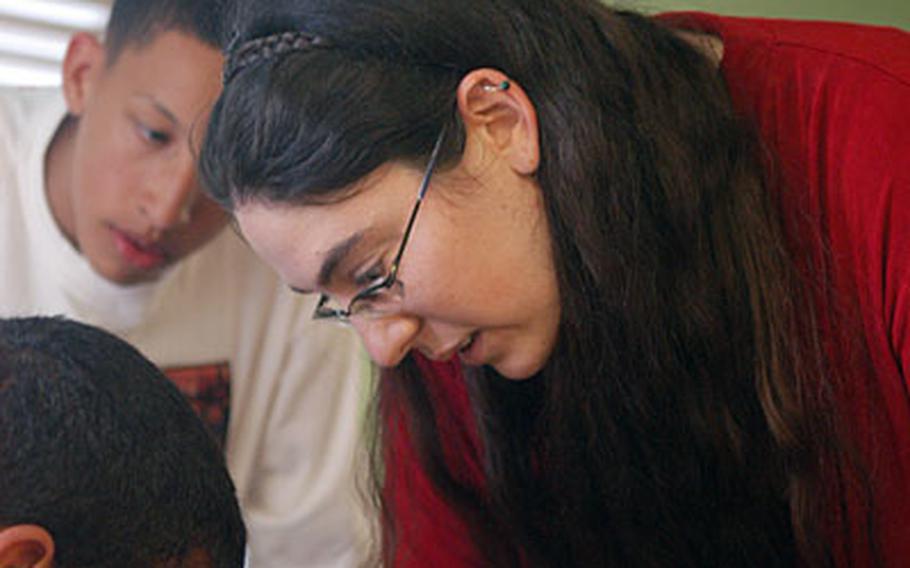 Yes, it was hard for teachers such as Tom Phelps to leave London Central High School last year when its doors closed for the last time.

But he insists that no one feel too bad for him.

Phelps, now an art teacher at Lakenheath High School, spent 23 years at London Central, and in the process he got to live smack dab in the middle of London, two Underground stops from Marble Arch. Not a bad set-up.

He&#8217;s not alone. Defense Department schoolteachers from London Central have dispersed into the vast international diaspora that is the Department of Defense Dependents Schools system, and many have been welcomed at other schools in the U.K.

In all, 22 former London Central teachers now are working at Defense Department schools in the U.K., with 10 finding jobs at Lakenheath, DODDS officials said.

Fifty-three teachers from London Central were moved as a result of the closure, with the majority being placed elsewhere in Europe, according to DODDS.

Teachers inevitably had to move on, Phelps said.

That sentiment was echoed by other London Central transplants now starting a new year in a new classroom with new students.

&#8220;Closing down a school was awful,&#8221; said Caletha Mitchell, now a teacher at Lakenheath High who began her teaching career five years ago at London Central. &#8220;It was like the breakup of a family.&#8221;

While the community they serve is constantly moving and changing, DODDS teachers stay longer than the families they serve, said Alan Campbell, now a geometry teacher at Lakenheath High who spent nearly 20 years teaching at DODDS schools all over England.

Every move Campbell has made came about due to the evolving needs of the Air Force, moves that have included stints at RAFs Woodbridge, Croughton, London Central and now Lakenheath.

Lakenheath has surprised him, Campbell said, as he was expecting a monolithic mega-base, super-sized beyond the smaller communities he had served before.

Some of the London Central transplants have seen their work duties evolve, as well.

Erica Hume, who spent the past four years at London Central, is now teaching world regions and world history at Lakenheath High. She has about 120 students, double the number of students she had at London Central.

Still, she said, she feels fortunate that she and her husband were able to stay in England.

Despite such a jarring move, things seemed to be going well last week.