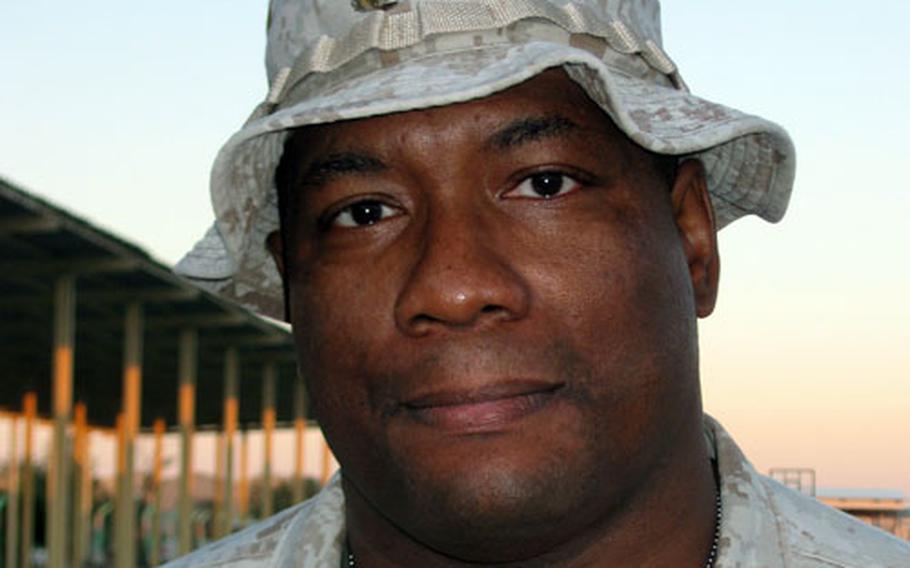 Master Sgt. Derek Hayes of Headquarters Company, 1st Marines Logistics Group, beleives the U.S. must stay in Iraq for now. “If you mess up someone’s house, you’ve got to clean it up,” Hayes said. (Charlie Coon / S&S)

Master Sgt. Derek Hayes of Headquarters Company, 1st Marines Logistics Group, beleives the U.S. must stay in Iraq for now. “If you mess up someone’s house, you’ve got to clean it up,” Hayes said. (Charlie Coon / S&S) 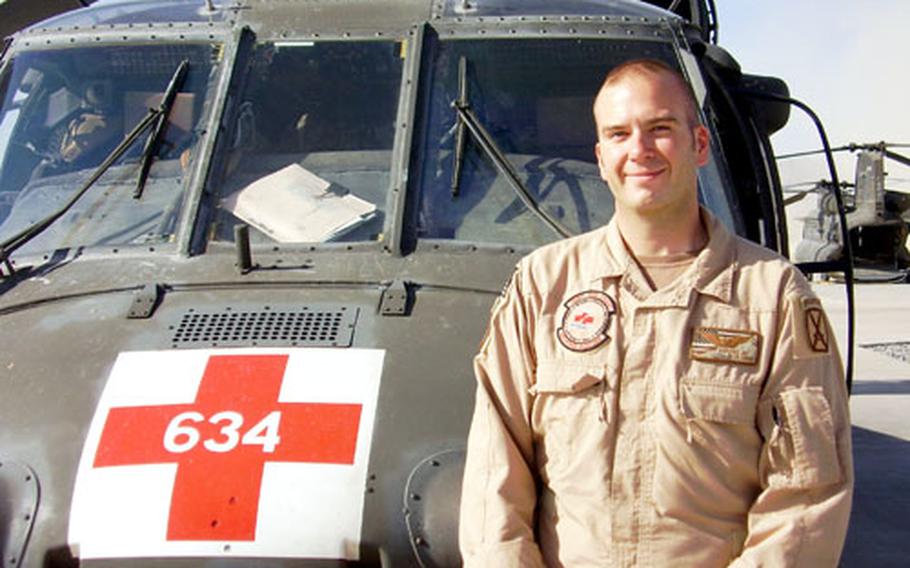 In Kandahar, Afghanistan, Spc. Teddy Aarstad, of the 159th Medical Detachment (AA), said he doesn’t believe having Democrats will result in any immediate changes in U.S. policy in the Mideast. (Courtesy of Teddy Aarstad) 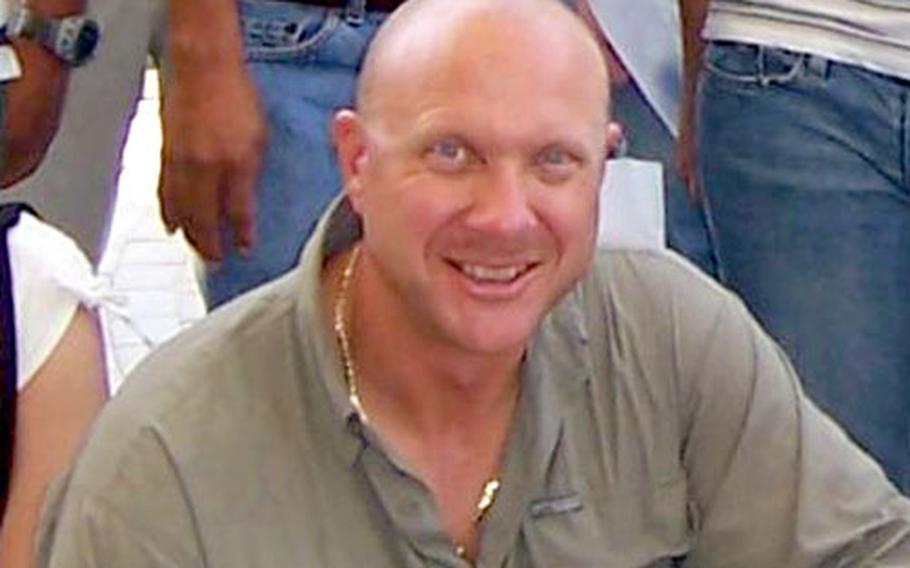 Troops interviewed in the Middle East on Wednesday said the Democrats would find no easy answers to the war.

Almost all shared their thoughts on the election before the Wednesday announcement of Defense Secretary Donald Rumsfeld&#8217;s resignation.

Asked how Rumsfeld&#8217;s resignation would affect troops in Iraq, a spokesman for Multi-National Forces-Iraq responded with a one-sentence e-mail: &#8220;The troops of MNF-I will continue to perform their mission with the same courage, dedication, and professionalism as they do every day,&#8221; said Lt. Col. Christopher Garver.

Some troops, before the announcement of Rumsfeld&#8217;s resignation, were cautiously optimistic that the situation might improve, although they doubted there would be immediate changes.

In Balad, Iraq, Spc. Pamela Michaud from the 558th Signal Company said a bit of new direction could be good for the troops.

Staff Sgt. Michael Grabowski with the 3rd Medical Command in Balad said Democrats needed to get past the practice of simply criticizing President Bush and Rumsfeld and their reasons for going to war, and produce a substantive plan to move forward.

Now that the Democrats have regained some power after spending months attacking the administration, Grabowski said, they&#8217;ll have to face the realities of holding the responsibility.

Staff Sgt. Heather Adams, 26, a reservist with 3rd Battalion, 135th Aviation Brigade in Balad, worried that a divided or Democratically controlled Congress would make it harder for the military to get the manpower and equipment it needs in Iraq.

Even at this stage of the war, Adams said, she knew of some troops that didn&#8217;t have the newest, safest type of helmet.

Adams cited a statement by Bush that he would approve any number of troops that commanders in the field called for, and wondered whether that kind of maneuver would be possible with a Democratic-controlled House.

Pfc. NaToshya Fisher, 21, a Republican from Mineral Wells, Texas, with the 368th Cargo Transfer Company in Balad, has a different opinion.

At Camp Taqaddum, Iraq, west of Fallujah, election results didn&#8217;t reach the troops until after lunch.

Master Sgt. Derek Hayes of Headquarters Company, 1st Marines Logistics Group, said the troops were just pawns to both Democrats and Republicans. He favored the U.S. staying in Iraq for now.

Others also wondered whether the Democrats&#8217; campaign pitches would have any effect on the ground in Iraq.

In Kandahar, Afghanistan, Spc. Teddy Aarstad, 29, of the 159th Medical Detachment (AA), out of Wiesbaden, Germany, had doubts there would be about-face.

Maj. Jason Crowe, at Camp Eggers, Afghanistan, with the Combined Security Transition Command-Afghanistan, is redeploying to the States in three days.

He thought the results indicated a move toward &#8220;a more moderate position between left and right.&#8221;

Dwaine Nolte, a civilian at Forward Operating Base Salerno, Afghanistan, said he thought most people voted based on backyard issues, not real issues affecting their future.

With the Democrats making gains, he said, &#8220;It will be difficult to continue fighting terrorism across the global theater, and the president&#8217;s decisions will be more of a struggle.&#8221;

&#8220;I think we might start directing more pressure [for the Iraqis to take] responsibility for their own country. I think this proves the majority of Americans think of themselves as Americans first, and Democrats or Republicans second,&#8221; he said.

Pary Smith contributed to this report.