Mission evolving for soldiers in Baghdad 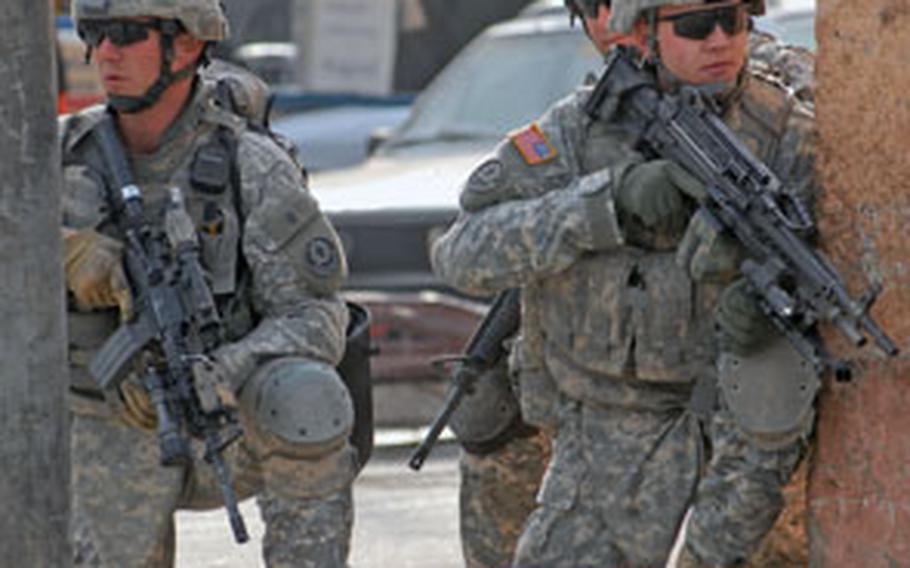 BAGHDAD &#8212; Soldiers deploying to Iraq should expect a different fight than they&#8217;ve experienced on past missions, according to the Baghdad-based commander of the 2nd Cavalry (Stryker) Regiment.

Col. John RisCassi, whose brigade combat team-sized force out of Vilseck, Germany, has been fighting in Baghdad since September, said Thursday that battle conditions are changing fast in the Iraqi capital.

For example, 2nd Cav spent its first month in Baghdad fighting a dug-in al-Qaida in Iraq force in the Hadar neighborhood, he said.

&#8220;We went through a very kinetic fight for the first 30 days we were down here. We had to clear out a significant AQI stronghold,&#8221; RisCassi said.

Al-Qaida fighters had fortified Hadar and civilians fled the neighborhood before 2nd Cav began Operation Dragoon Talon, which aimed to clear the insurgents from the area, he said.

&#8220;This was a deliberate defense of a dug-in enemy. There were no civilians. They were either gone or staying inside. Everything was blown up. In 72 hours we had 54 [roadside bombs]. It was an absolute battle zone,&#8221; he said of the neighborhood.

But after a tough fight, in which dozens of insurgents were killed or captured, Hadar has changed for the better and 2nd Cav soldiers there are transitioning to work with the civilian population, helping to restore essential services such as water, electricity and sewage, RisCassi said.

These days locals are much more willing to talk to coalition forces, he said.

&#8220;The mind-set of the people is turning around. You see it in Hadar. I talked to one old guy. He said he doesn&#8217;t care if they were AQI or other insurgent groups. He just wanted the bad people gone out of there,&#8221; RisCassi said.

The 2nd Cav is helping Iraqis with the process of reconciliation in which Sunni and Shiite leaders come together to put aside their differences. It&#8217;s a process that has developed since the regiment arrived in-country and something they didn&#8217;t train for back in Germany, RisCassi said.

The regiment has racked up some impressive combat statistics since it arrived in Baghdad.

For example, it has discovered more than 100 roadside bombs, including one with more than 100 pounds of homemade explosive. They&#8217;ve also found hundreds of pounds of other explosives, weapons, bomb-making materials and caches, he said.