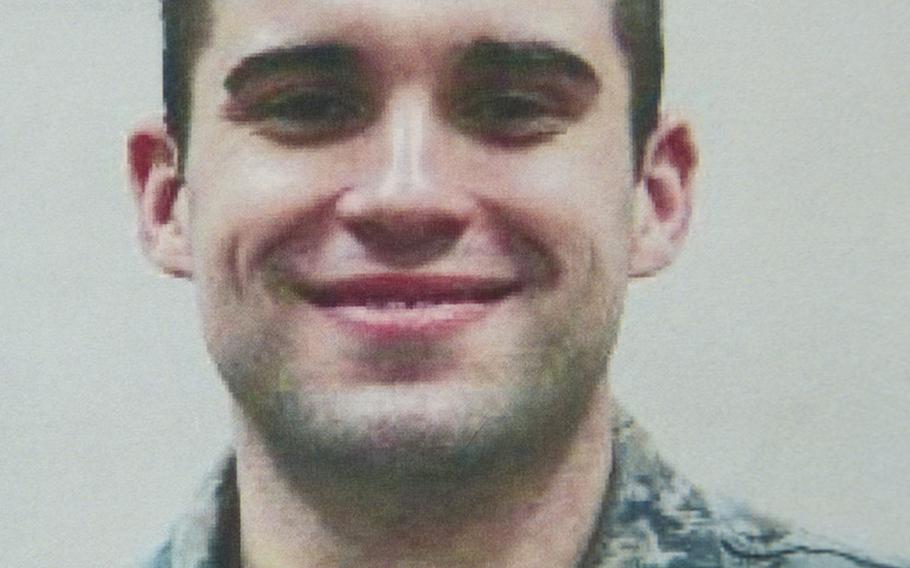 Staff Sgt. Halex Hale, assigned to the 31st Fighter Wing at Aviano Air Base, Italy, was last seen at a friend's house on Saturday, July 2, 2016, in Sacile, a small town near the base where Hale also lives, according to base authorities. Italian authorities suspended the search a week later. (Courtesy photo)

VICENZA, Italy — The Aviano airman still missing for more than a week despite a massive search effort may have drowned, Italian police said, and they were trying to identify a body found in the Adriatic Sea.

Italian police Maj. Salvino Macli told The Associated Press Monday that police were in “a phase of complete hypothesis” regarding the body, which he said appeared to have been in the water for a while and could take days to identify.

Police — aided by dogs, divers, helicopters and volunteers — called off a three-day search on Sunday for Staff Sgt. Halex Hale, 24. Assigned to the 31st Fighter Wing at Aviano Air Base, he was last seen when he left a friend’s house in Sacile, the small town near the base where Hale lived, on July 2.

“The most plausible theory for now is that he was inebriated with alcohol, left the house and fell into one of the nearby canals, which were swollen due to particularly stormy weather,” Grigoletto Michele, the national police captain in charge of the search, told NBC News on Sunday.

That theory was disputed by Hale’s father, who traveled to Italy last week from his home in Indiana.

“It just doesn’t make sense,” Lance Hale told the network. He said he’d walked the route his son was thought to have taken from the cookout, where he was last seen about 10 p.m.

“There are hard shoulders, trees, houses all along the way,” Hale’s father said. “One can’t just slip into the water — you really have to climb into something and jump into it.”

The AP quoted Macli as saying the canals empty into the Adriatic.

Hale’s father said that he’d been told his son planned a 15-minute walk to another friend’s house, but did not take his cellphone, wallet or keys.

Officials at the 31st Fighter Wing declined to provide information about the case, citing regulations regarding release of information in DUSTWUN cases.

“Our Casualty Services instruction limits us in cases of ‘duty status — whereabouts unknown’ during peacetime to releasing only name and rank, casualty status, and releasable information pertaining to the date and location of incident,” Capt. Michael Hertzog II, 31st Fighter Wing spokesman, said in an email.

Hale’s mother said the airman enlisted in the Air Force six years ago, shortly after graduating from high school in Indiana. “He absolutely loved the Air Force,” Amy Hale said by telephone from her home in Middletown, Ind.

She said he’d done one deployment in Afghanistan that ended last year and arrived in Aviano in February 2015. “He was getting ready to go to Qatar and was excited about that.”

Her son’s military job was in the post office, she said.

Hertzog said the Air Force became involved in the investigation on Thursday, five days after Hale disappeared. He said Hale’s friends had tried to find him after he failed to turn up, then had informed Italian authorities, who mounted the extensive search. Police also widely circulated a missing persons bulletin.