Missiles fired at Afghan city as top US commander visits 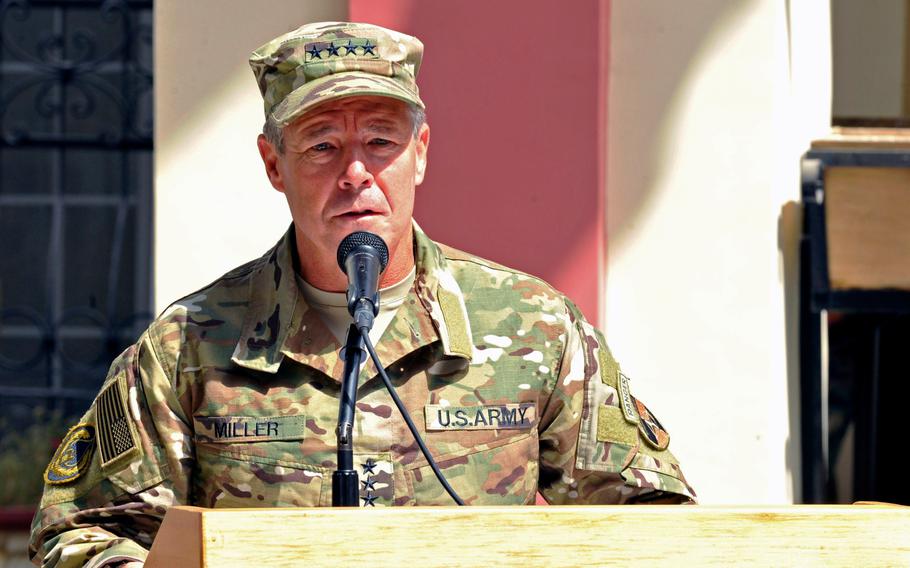 KABUL, Afghanistan — Two missiles were fired on Ghazni city on Wednesday during a visit by the top U.S. commander in Afghanistan, officials said.

Gen. Scott Miller was not injured in the attack, which occurred around 11.30 a.m. and caused no casualties. A medical facility was damaged by the blast, Ghazni police spokesman Ahmad Khan Seerat said.

NATO’s Resolute Support mission said that the Taliban “launched indirect fire” during Miller’s visit, but that the general wasn’t the likely target.

In an earlier tweet, the U.S.-led NATO mission said the missile strikes were not confirmed and that if the attack happened, “it wasn’t anywhere near Gen Miller.”

Miller was meeting with Afghan military leaders to discuss the security situation in central Ghazni province, which has seen an uptick in violence in recent months, Seerat said.

Earlier this month, Taliban fighters seized large areas of the province’s Malistan and Jaghori districts. The fighting killed hundreds on both sides and displaced thousands of civilians.

The violence sparked demonstrations outside the presidential palace in Kabul, with protesters denouncing the U.S.-backed government for failing to address security challenges.

Wednesday’s missile attack follows a shooting in southern Kandahar province in October, where Miller had been present but wasn’t hurt.

During that incident, a gunman opened fire after Miller met with officials at the Kandahar governor’s compound.