Missile brigade at Osan giving time off to incident-free units 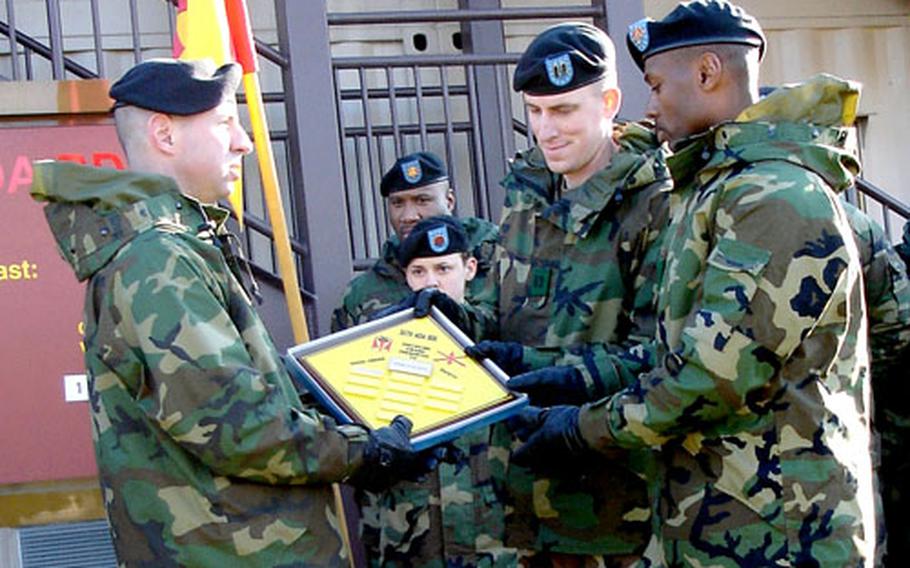 OSAN AIR BASE, South Korea &#8212; The Army&#8217;s Patriot missile brigade in South Korea has moved to curb accidents and misconduct through a program that rewards incident-free units with a plaque and a day off for soldiers.

The 35th Air Defense Artillery Brigade, headquartered at Osan Air Base, maintains 14 batteries in South Korea, some of which fire Patriot missiles.

Under the brigade&#8217;s &#8220;Good Order, Discipline and Safety&#8221; program, batteries must go for 90 consecutive days without blemishes in any of three categories: accidents, alcohol/drugs and serious reportable incidents.

The brigade&#8217;s program puts a special emphasis on curfew violations and alcohol because they &#8220;are involved in well over three quarters of all&#8221; the incidents that affect brigade order and discipline, he said.

As part of the program, the brigade recently displayed signboards outside each battery headquarters updated daily to show the number of days without an incident in the three categories.

Backing a Patriot missile launcher into a Humvee in the battery motor pool, for example, would fall within the accident category, Knoblich said. A soldier caught for underage drinking would count in the alcohol/drugs category.

The serious reportable incidents category takes in a wide array of possible occurrences, including curfew violations, fistfights, disobedience to orders and sexual assault, for example.

Rossi has final say whether any given occurrence counts as an incident, Northup said.

On Friday, the brigade awarded its first plaque since the program began.

The battery also now is eligible for a training holiday, or day off.

As of Friday, three brigade batteries stationed at Suwon Air Base were closing in on a possible award, Northup said. The units were Battery B (five days to go), Headquarters and Headquarters Battery (11 days) and Battery A (14 days). All are units of the 1st Battalion, 43rd Air Defense Artillery.

Knoblich had 14 plaques made up, one for each battery.