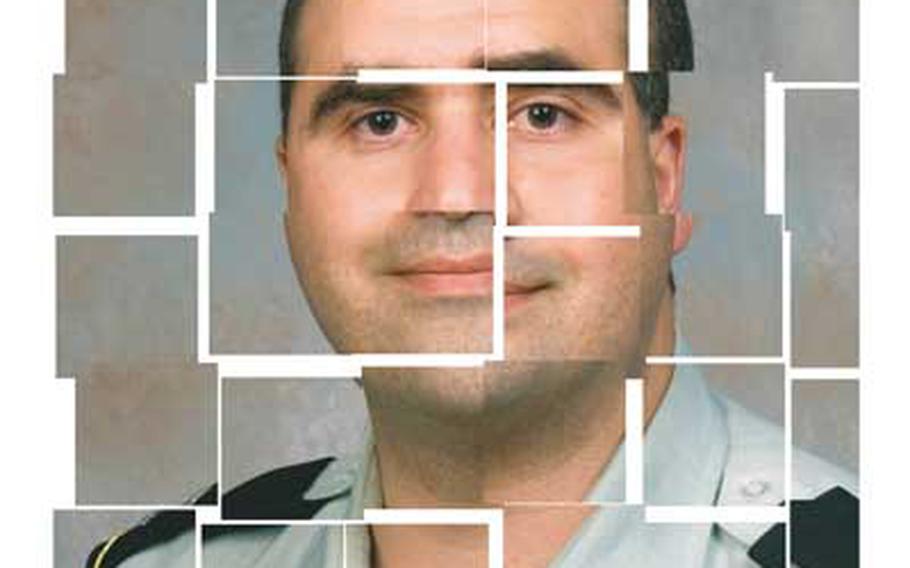 Shortage of caregivers scrutinizedWASHINGTON - In hindsight the warning signs all look so obvious.

An Army doctor in medical school who preferred offering militant political screeds about Islam in place of assigned papers on scientific topics.

A psychiatrist who sought to have some patients charged with war crimes for their actions in Iraq and Afghanistan.

A devout Muslim who engaged in an extensive e-mail dialogue with a radical Yemeni-American religious cleric infamous for encouraging extremist attacks against Western targets.

None of that behavior exhibited by the accused Fort Hood shooter, Maj. Nidal Malik Hasan, in the weeks and months before the deadly Nov. 5 rampage went unnoticed. But much of it went unreported, and no single individual or agency appears to have possessed more than slivers of the bigger picture.

Now, as the results of the first of several federal probes into missed signals in the Fort Hood case circulate inside the White House, outside experts are coming to their own conclusions. They believe excessive political correctness, a lack of understanding of Islam and holes in Army guidelines for spotting extremists in the ranks all contributed to the failure to identify ominous warning signs in Hasan&#8217;s case.

"With 20/20 hindsight it&#8217;s easy to say there should have been indicators," said Zachary Lockman, professor of Middle Eastern studies and history at New York University. "But some people may have been reluctant because others would see it as going after him for being Muslim. Others might have identified all of Islam with extremism, so they didn&#8217;t see anything unusual."

The reluctance to voice concerns about Hasan&#8217;s behavior "suggests we need a better understanding of the difference between mainstream Muslims and the more radical, extreme elements," Lockman said.

Those who worked and studied alongside Hasan described him as combative but not violent. They said his religious tirades, often centering on the conflict Hasan perceived between between Muslims in the U.S. military and their combat roles in Iraq and Afghanistan, were uncomfortable but not obviously treasonous.

Thus, in a military service that espouses diversity &#8212; last April Army officials issued a memo reiterating the importance of "culturally astute" units with an "inclusive environment" &#8212; there might have been a reluctance to raise concerns that Hasan&#8217;s behavior constituted anything more than cultural differences.

People are often fearful of reporting concerns that could be viewed as culturally ignorant or insensitive, Brandes said.

"You have to be educated to be able to tell if something is cynicism, sarcasm or really an indication of hostile intent," he said.

If soldiers knew little about Islam &#8212; if they wondered whether the mainstream Muslim community was opposed to the war in Iraq, for example &#8212; Hasan&#8217;s comments might have seemed reasonable, Lockman said.

The Army does have guidelines for identifying "extremist" elements within its ranks. But retired Gen. John Keane, a former Army vice chief of staff, told Congress last month that the guidelines gloss over religious extremists, focusing instead on gangs and white supremacist groups.

"Radical Islam, in my opinion, is a transformational issue and the most significant threat facing our country today," he told a Senate panel. "We must espouse diversity, but at the same time we must know what the threat looks like, too."

Brandes said that even though diversity is properly embraced, the Army needs to recognize it might "create a problem of allegiance."

Soldiers who are conflicted about their role in the U.S. military and another aspect of their identity &#8212; in this case, religion &#8212; might feel as if they are in a position where they have to chose sides, he said.

Sen. Joe Lieberman, I-Vt., as chairman of the Senate Homeland Security Committee has pledged to examine whether the Army extremism guidelines &#8212; last revised in 2000 &#8212; need to be updated.

The current Army directive instructs all soldiers to be on the lookout for signs that colleagues might be affiliated with gangs, wearing questionable tattoos or discussing violent actions.

"In many instances, soldiers who oppose or disagree will not confront the extreme views of another," the document reads. "They either do not feel directly affected by these views or fear damaging the unit&#8217;s working environment. The unit, however, will usually divide into opposing factions and the team concept is gone. Time and effort are now required to deal with the situation."

Still, he conceded that balancing free speech and vigilance among servicemembers is a difficult task, and one of the Pentagon&#8217;s Fort Hood review panels will be discussing over the next month.

Brandes said the Fort Hood shootings showed that the Army doesn&#8217;t do enough predictive profiling of its own ranks.

"Those who need clearance or are in the Special Forces are constantly re-evaluated because of the sensitive nature of what they do, but that scrutiny doesn&#8217;t really apply to the majority of soldiers and staff in military," he said.

Meanwhile, Army Chief of Staff Gen. George Casey Jr. last month issued a servicewide message ordering a review of all base security measures and reminding commanders of their duty to be on the lookout for suspicious or problematic behavior.

The message also included a list of "potential terrorist activity" that must be reported to authorities immediately, including soldiers&#8217; known ties to terrorist groups, statements advocating violence against the country, visits to questionable Web sites with terrorism themes and purchase of bomb-making materials.

The only item on the list that might have applied to Hasan before the Fort Hood shootings was one warning about soldiers using "repeated expressions of hatred and intolerance of American society."

Brandes said that to catch an internal threat, soldiers need to be told to engage questionable behavior with follow-up questions &#8212; something he said Hasan&#8217;s behavior should have prompted.

Some religious groups maintained that servicemembers should be able to identify a religious radical without more specific guidelines.

"Extremism is extremism," said Ibrahim Hooper, spokesman for the Council on American-Islamic Relations. "If you&#8217;re advocating violence or hinting at violence, that should be a sign.

"What [the Army] is aiming for is objective criteria to identify problems, which is good. It can&#8217;t just be based on one religion. It has to be a reasonable person test, and then you have to take some action if there&#8217;s a reason for concern."