Miss USA has a video ‘visit’ with brother stationed in Naples 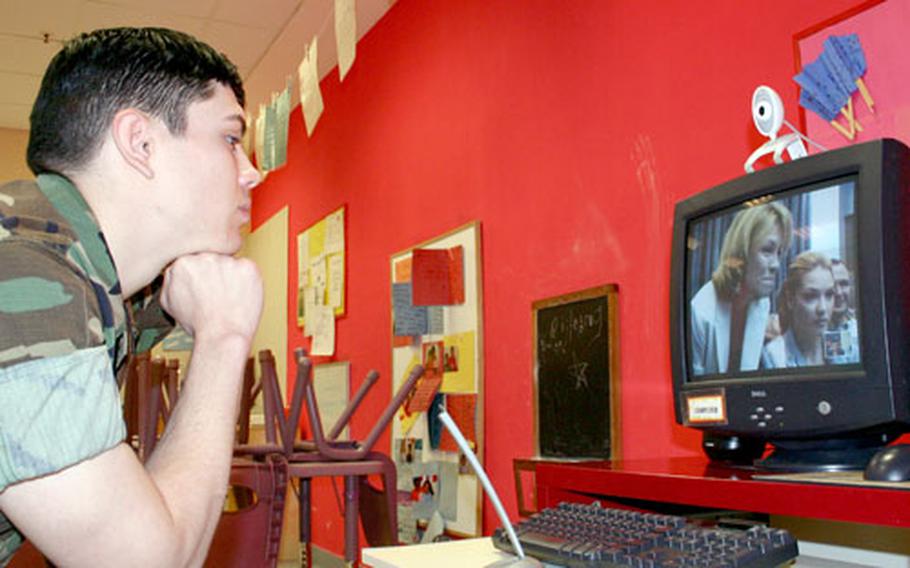 NAPLES, Italy &#8212; Seaman Joshua Conner, a sailor stationed in Naples, says he is quite happy to leave the beauty and pageantry to his younger sister. After all, she is Miss USA.

But it sure doesn&#8217;t hurt to be the brother of a celebrity, he said Friday just after he had spoken with his sister and parents during a videoconference linking him at the U.S. Navy&#8217;s support site in Gricignano to sister Tara and parents Brenda Johnson and John Conner at the Center for Rural Development in Somerset, Ky.

His mother could barely control her tears as she peeked into the screen an ocean away and said to her 22-year-old son: &#8220;You look so good.&#8221;

The Navy is working with Tara Conner&#8217;s publicists and the USO to get the 20-year-old beauty queen to Naples for a face-to-face meeting for the two siblings.

The two grew up in Russell Springs, Ky., and &#8220;got along pretty well,&#8221; said Conner, a military policeman. He never needed to protect his younger sister.

He&#8217;s the quieter of the two, he said, and much less spontaneous than his sister &#8212; who tried to get him to laugh by sticking tissue in her nose during the videoconference.

Tara, now studying business administration at Somerset Community College in Kentucky, will vie for the Miss Universe title during the competition in Los Angeles on July 23.

She will have the support of her brother, who described his younger sister as &#8220;the best person in the world.&#8221;