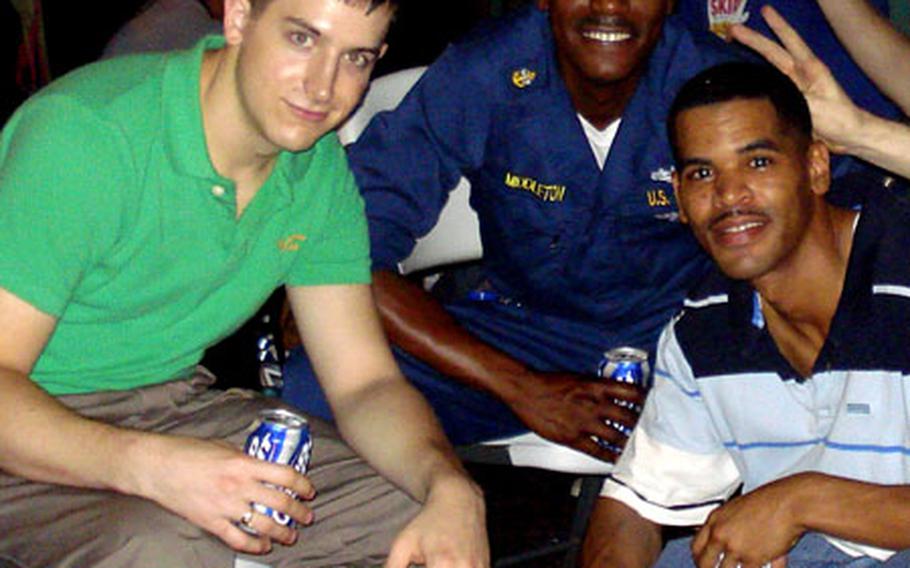 NAPLES, Italy &#8212; More than two years ago, two U.S. sailors were found dead in a hotel room in Ghana, each lying unresponsive on a double bed after a night spent ringing in the New Year.

Autopsies blamed the deaths on &#8220;mixed drug and alcohol intoxication&#8221; and indicated the presence of heroin and cocaine. A command investigation determined it was &#8220;highly probable&#8221; the sailors acquired and ingested the illegal narcotics.

Such line-of-duty findings are not unusual, officials say, because the military sets a very high bar for ruling that troops died of their own misconduct &#8212; a practice that allows families to collect full survivor benefits but can leave them struggling to understand the circumstances of their loved one&#8217;s death.

Daniel Mack said it was highly unlikely his son would risk getting kicked out of the Navy by taking drugs, especially after flying through the ranks with a recent promotion to E-6 in less than five years.

Attempts to reach members of Davis&#8217; family were unsuccessful, and a separate inquiry by Naval Criminal Investigative Service has not been concluded.

But because the command inquiry ruled that the men died in the line of duty, the families of Mack and Davis received more money in survivor benefits than they would have if the deaths had been deemed the result of misconduct.

&#8220;Mack&#8217;s death occurred in the line of duty and not due to his own misconduct,&#8221; reads a copy of the command investigation provided to Stars and Stripes by Daniel Mack. &#8220;There is not clear and convincing evidence that EN1 Mack knowingly used illegal drugs, or, if he did, that he knew that death was a foreseeable and likely result of such use.&#8221;

Davis&#8217; name was redacted from the report given to Daniel Mack, but the exact wording is used to describe the report&#8217;s findings regarding the other sailor&#8217;s death.

Each branch of the military has its own regulations for categorizing a servicemember&#8217;s death. But the parameters for a finding of personal misconduct are narrow.

&#8220;[I]t is better to err on the side of caution rather than deprive a family benefits in instances in which the facts are inconclusive and do not rise past the clear and convincing threshold,&#8221; Navy spokeswoman Katie Suich said in an e-mail.

Officials in the Navy&#8217;s head personnel office refused numerous requests for interviews and would not discuss how survivor benefits play into decisions regarding sailor deaths beyond the previous statement.

The cases of Mack and Davis illustrate just how high the bar can be set for commanders to find that a servicemember died as a result of his or her misconduct.

&#8220;The standard in this case was higher than a court-martial,&#8221; said Michelle McCluer, a former Air Force lawyer for 10 years and now the director of the National Institute of Military Justice, a think tank and advocacy group based in Washington, D.C.

In fact, McCluer said she has never seen a command investigation result in a finding of misconduct.

&#8220;I don&#8217;t know what the rationale is. Basically, they want to make sure that everyone gets maximum benefits that their family might be entitled to.&#8221;

Daniel Mack, an 18-year Navy veteran who left the service in 1996, said he will continue to press the Navy for answers until the case is resolved.

NCIS officials said they are still searching for answers &#8212; long after the command investigation was completed and Ghanaian authorities closed their case.

&#8220;The deaths were caused by abuse of alcohol and drugs &#8212; and not foul play,&#8221; according to a Ghanaian Command Investigation Department chief who did not want to be named because he was not cleared to speak with the media.

But NCIS spokesman Ed Buice said the agency was &#8220;going to the nth degree to locate an individual who agents have been told might have some knowledge of what transpired that night.&#8221;

&#8220;[I]n the last year, a number of NCIS personnel have been in Ghana following leads with the assistance of the [Ghana National Police] so the work is not done and the case is still open,&#8221; Buice said in an e-mail.

While a criminal investigation looks to determine if a crime was committed and can go on indefinitely, command investigations are considered administrative and are usually completed within a month, according to the Navy&#8217;s Manual of the Judge Advocate General.

The command investigation is what determines if a servicemember&#8217;s death or injury was in the line of duty or as a result of misconduct.