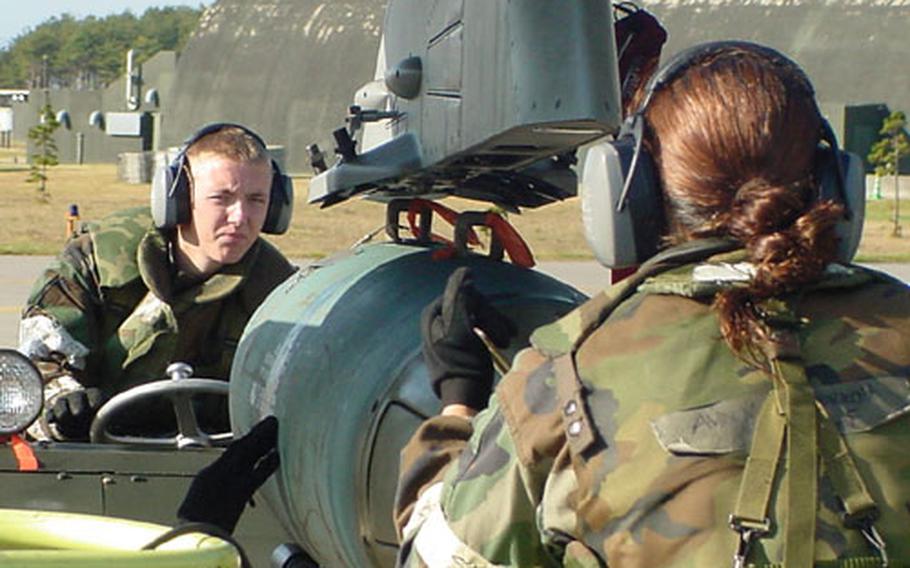 About 135 Inspector General personnel from around the Pacific are at Misawa Air Base, Japan, to assess the 35th Fighter Wing&#8217;s combat readiness.

Inspectors are evaluating the ability of the wing&#8217;s 3,500 airmen to deploy and receive troops, as well as defend its home station.

The team has been at Misawa since Oct. 15, but the inspection began Oct. 20. The inspection is broken down into two phases, each lasting about three to four days with a 12- to 24-hour pause in between phases. After compiling data and observations this week, the team expects to inform the wing Friday on how it performed, Fadok said.

During the first half of the inspection, the wing was tested on its ability to mobilize and deploy combat power. Areas assessed included: recalling and accounting for wing personnel; personnel readiness, to include availability of shot records and dog tags; processing cargo to be deployed, and generating sorties. The wing also had to demonstrate an ability to &#8220;receive and bed-down follow-on forces,&#8221; Fadok said.

For the second phase of the inspection, inspectors tried to create as realistic a threat environment as possible, Fadok said. The wing was assessed on its ability to use combat power at a fictional deployed location while under threat of attack, be it enemy missiles, ground forces or other methods.