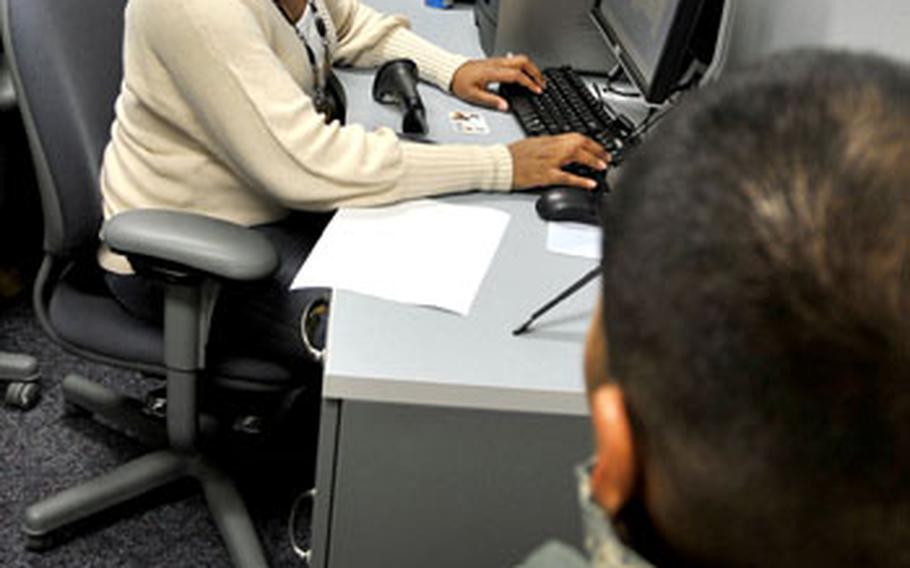 Misawa Air Base in northern Japan is about to join other U.S. military installations in the Pacific that have adopted the Defense Biometric Identification System, or DBIDS.

The computer-based security and identification system keeps a database of biometric information such as a person&#8217;s height and weight, eye color and fingerprints along with a color photograph. It&#8217;s tracked using the bar code on each ID and helps gate guards ensure the individual presenting the card is its legitimate owner.

All status-of-forces agreement personnel and their dependents at Misawa must register before April 1, according to Queena Knowles, a 35th Security Forces Squadron security technician. She said Misawa will begin scanning ID cards at the gates by late spring or early summer.

"With identity theft and the global war on terror, verifying identity credentials is critical, especially when talking about gaining access to a military installation," Knowles said.

"Unlike the &#8216;flash pass&#8217; method, DBIDS reveals phony or expired ID cards and anyone unauthorized to access military installations," she said. "DBIDS identifies individuals who are wanted or barred from the base, missing, or have other law enforcement alerts."

Knowles said registration is under way at the Security Forces Pass and Registration Office in Building 653 from 7:30 to 11 a.m. and 1 to 4 p.m. daily. Sponsors must be entered into the system before any dependents. The entire process takes about five minutes.

Japanese base employees are being issued DBIDS cards with their bar-coded information.

In March, officials will add visitor pass systems, monitors and handheld scanners used by guards into the network, according to Knowles. When that&#8217;s complete, all Misawa gates will be operational and the new process can be phased in.

DBIDS arrived in the Pacific theater in 1999 at U.S. installations in South Korea, where full implementation was completed two years later.

In 2004, Yokosuka Naval Base became the first base in Japan to use the system. It was picked up at Sasebo Naval Base in 2007 and came to Yokota Air Base last year.

Knowles said Misawa is linked to the regional database at Yokota.