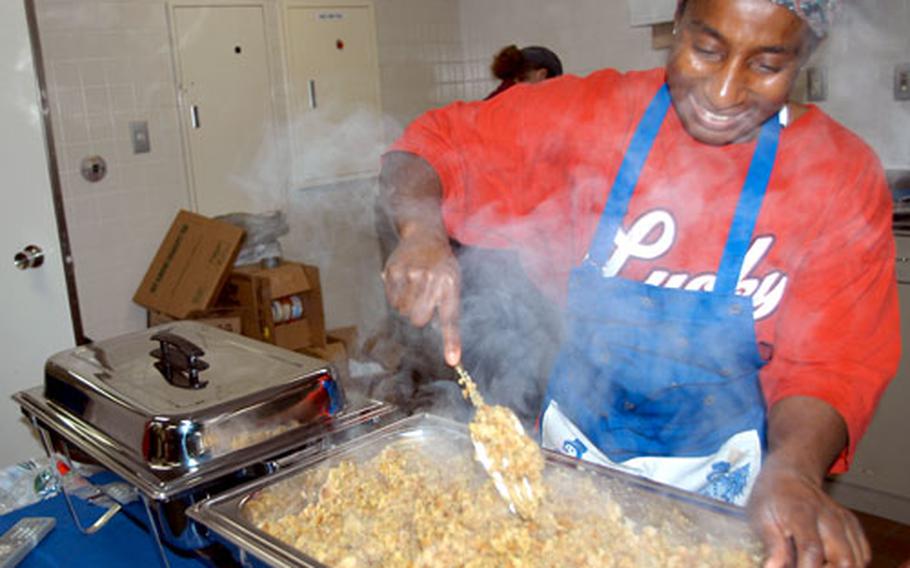 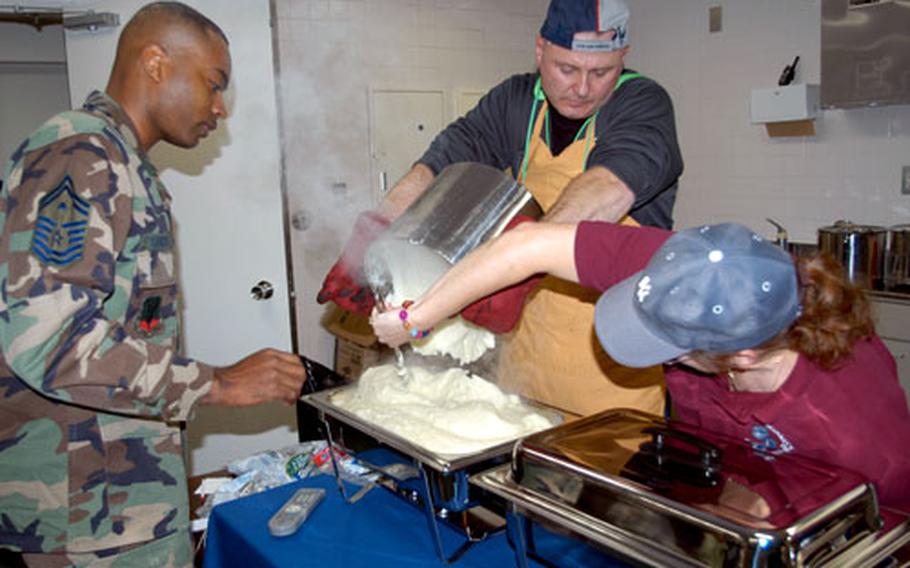 Sure enough, as scents of roasted poultry and candied yams wafted under doors Tuesday evening, hungry dorm dwellers filed into the halls of Buildings 544 and 539.

About 300 single or unaccompanied airmen, sailors and soldiers assigned to Security Hill at Misawa were invited to fill their bellies with some traditional Thanksgiving Day fare. Security Hill&#8217;s Air Force Senior Enlisted Council and Navy chiefs&#8217; group prepare and host the event every year for the hill&#8217;s dorm residents and single personnel who live off base.

About $800 from fundraisers goes into the event, with 15 turkeys and 10 hams donated by the hill&#8217;s senior leadership and an array of homemade desserts provided by the Single Unaccompanied Dependents and Spouses group.

The menu is traditional as well, though organizers are open to suggestions. &#8220;I&#8217;m not sure if they were joking or picking on me but they said, &#8216;Can you get something other than the canned cranberries?&#8217;&#8221; said Abel of a dorm feed planning meeting.

So canned cranberries were out; instead, Abel made 25 quarts of cranberry relish similar to his mom&#8217;s recipe.

Just before the first guests arrived at 5 p.m. sharp Tuesday, Abel, Heggins and Senior Master Sgt. Bruce Scott hustled to add some finishing touches &#8212; a dash of salt for the green beans, some marshmallows for the candied yams and a few stiff stirs for the mashed potatoes.

Their efforts didn&#8217;t go unnoticed. Airman 1st Class Cody Hill, 20, of Vanalstyen, Texas, was the first in line in Building 539. He is a computer systems operator with the 373rd Intelligence Group, and this was his first Thanksgiving away from home.