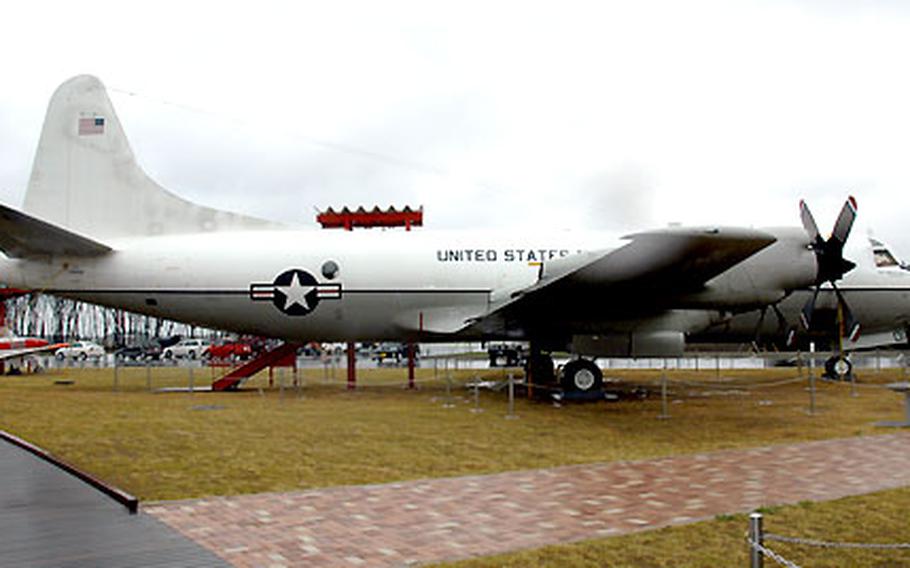 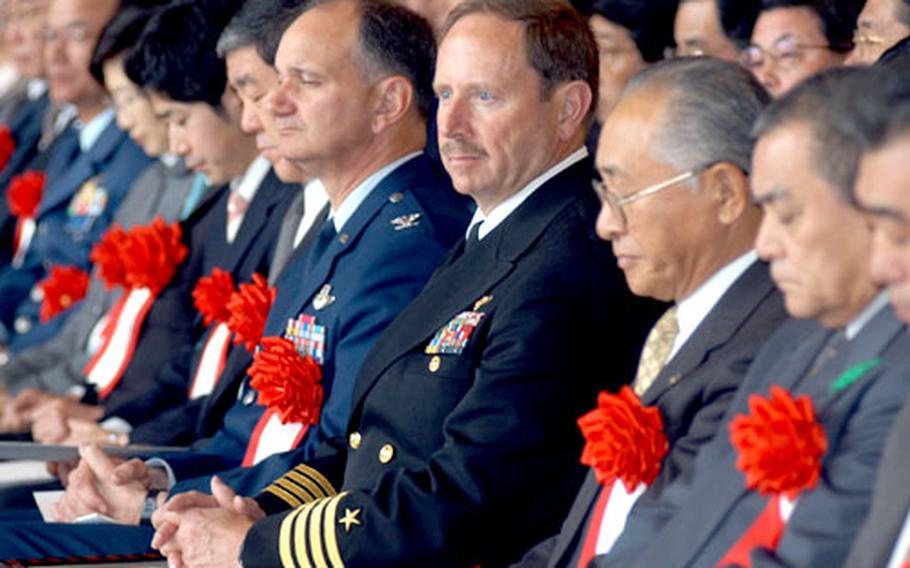 Navy Capt. Richard High, former commander of Misawa Naval Air Facility, holds a certificate of thanks he received for spearheading the Orion contribution. Sitting to the left of High is Col. Don Weckhorst, vice commander of the 35th Fighter Wing at Misawa Air Base. (Jennifer H. Svan / S&S) 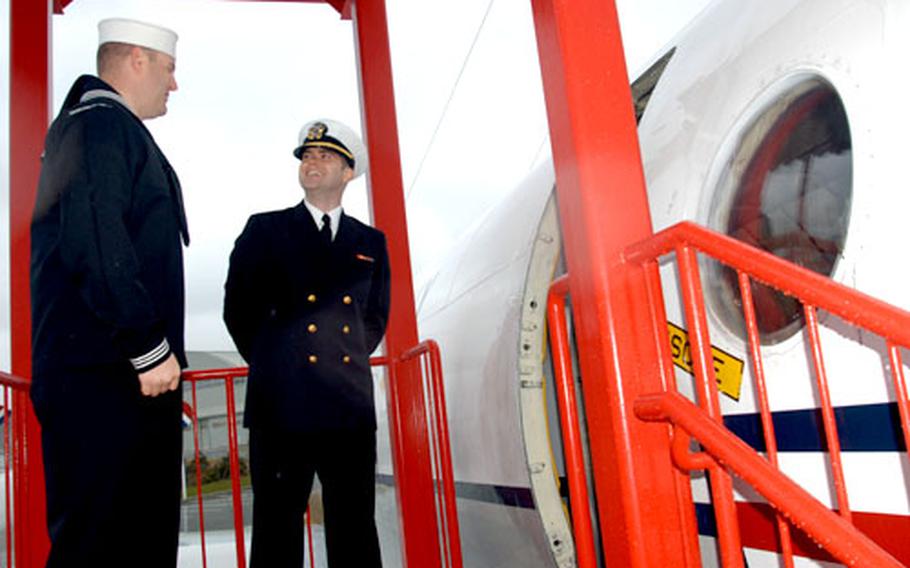 Petty Officer 1st Class Calvin Missildine, left, and Lt. j.g. Gary Buzzell, members of Fleet Air Reconnaissance Squadron 1 at Misawa, stand next to the Orion “submarine hunter.” The sailors were among hundreds of U.S. and Japanese guests at a dedication ceremony Tuesday at the aviation museum. (Jennifer H. Svan / S&S)

MISAWA, Japan &#8212; An aircraft that may have saved a friendship was on display for hundreds of guests Tuesday during a dedication ceremony for Sky Park, the lawn outside the Misawa Aviation and Science Museum.

A cold, wet drizzle forced the festivities inside, but it didn&#8217;t seem to dampen the pride of Japanese politicians and U.S. military officials for the $61.8 million complex.

The museum showcases the contributions to flight by Misawa and Aomori prefecture and opened last year.

In March, the Navy at nearby Misawa Naval Air Facility lugged an Orion P-3A aircraft across the base to Sky Park, where it now sits next to several Japanese fighters.

Capt. Richard High, the former air facility commander, was on hand from Bahrain for Tuesday&#8217;s ceremony. Under High, who was at Misawa from June 2000 to June 2003, the idea to lend the P-3A to the museum took shape.

Soon after, High said he learned of a P-3A belonging to Misawa&#8217;s Fleet Air Reconnaissance Squadron 1 that had major structural problems. The 1962 plane was one of 50 aging naval aircraft that was to be removed from active service in 2002.

High said with the help of Cmdr. Steve Visser, the air facility&#8217;s executive officer, &#8220;we came up with the idea of how to get the airplane out of inventory and donate it to something like this.&#8221;

As High recalled Tuesday, the timing could not have been better.

Several months after High took command of the air facility, Navy fighter pilots were forced to use Misawa as an alternate for night-landing practice, creating an uproar in the local community, he said.

In his remarks, Suzuki thanked High for supporting the museum and traveling from Bahrain to attend the ceremony. High is now commander of the Navy Reserve Officer Training Corps at the University of Kansas in Lawrence and is on a six-month temporary assignment in Bahrain.

High said he was pleased to see the P-3A on display, ready to be toured by school kids and other curious museum- goers.

A section of the base&#8217;s perimeter fence was removed so a Navy tractor could haul the plane to the museum.

Regular museum hours are 10 a.m. to 6 p.m. daily, except Monday. If a Japanese holiday falls on a Monday, the museum will be closed the next day.