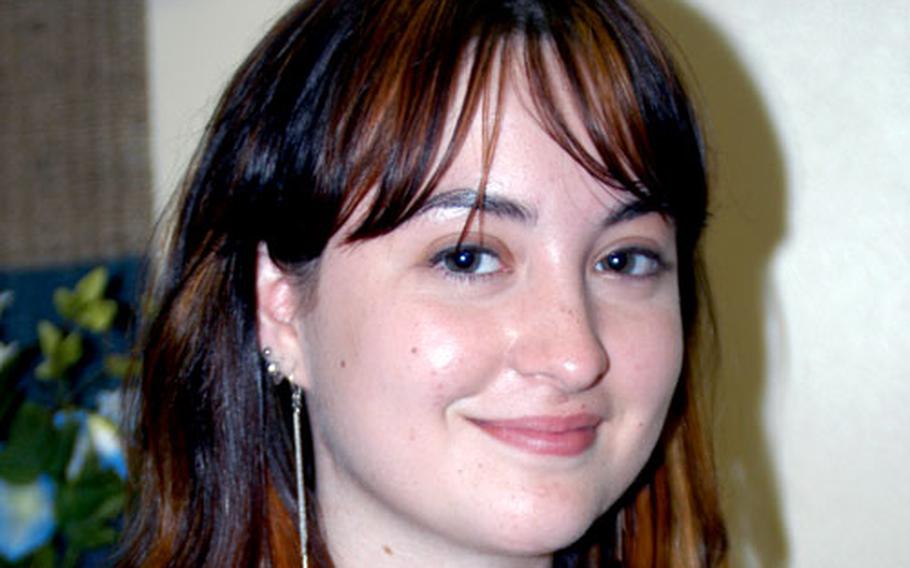 Victoria Lively, 15, is the Airman and Family Readiness Center teen sponsor for a new program at Misawa Air Base, Japan, to help youth in grades 9-12 who move to Misawa in the summer. (Jennifer H. Svan / S&S)

MISAWA AIR BASE, Japan &#8212; A year after moving to this northern Japan base with her family, Victoria Lively is happy and settled.

Her family made a permanent-change-of-station, or PCS, move in summer 2005 and Lively remembers days of boredom spent in billeting.

Had she arrived during the school year, Edgren High School probably would have hooked her up with a &#8220;buddy&#8221; to show her the ropes. But back then, no such program for teenagers existed when school was out.

Deanna Dlugiewicz, a community readiness technician at the Airman and Family Readiness Center, noticed the gap in services and found out the base used to have a program for teenage newcomers until the school took it over. So she brought it back, from June to August, for students entering grades nine to 12.

Lively, who already was volunteering at the Airman and Family Readiness Center this summer, eagerly agreed to step in as the program&#8217;s teen sponsor.

She&#8217;s already helped three Misawa newcomers and has corresponded online with another teenager who&#8217;s to arrive here later in the summer. She&#8217;s available to answer their questions in person, via e-mail or over the phone. She shows them where to find their peers in the summer &#8212; places such as the food court or teen center &#8212; and how to catch a ride on the base shuttle so they&#8217;re not left stranded, like she was, in lodging.

What Lively loves most about Misawa is the Japanese culture: &#8220;I just think it&#8217;s pretty cool I get to be in another country.&#8221; She encourages the new teens to get off base and explore Japan and even has offered to show them around outside the gate.

Families new to Misawa learn about the summer teen sponsor program at in-processing, held at 7:30 a.m. every Friday at the Military Personnel Flight in Building 111. They&#8217;re handed a questionnaire that they or their teenager can fill out if they&#8217;d like to take part. Lively will contact them within 24 hours, Dlugiewicz said.

One teenager contacted Lively before she arrived because a flier from the old program ended up in the family&#8217;s sponsor packet. Dlugiewicz said she hopes by next summer to reach more teenagers that early &#8220;so they can get their questions answered before they even get here.&#8221;

Call DSN 226-4735 for more information about the program.