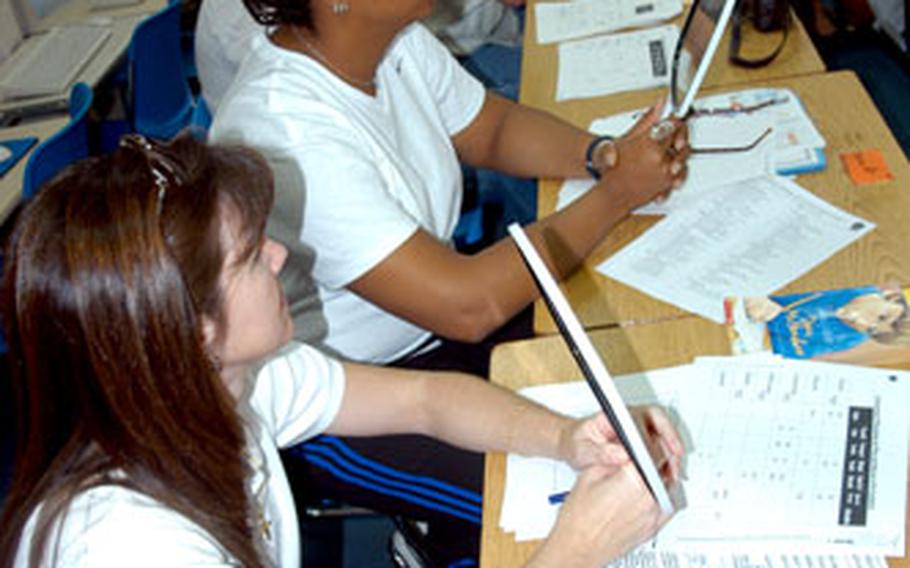 Sollars Elementary School kindergarten teacher Mandy Mayfield, foreground, and other educators learn how to use a mirror to help students with speech. The discussion on early childhood literacy was part of Misawa Educators’ Day. (Jennifer H. Svan / S&S)

Sollars Elementary School kindergarten teacher Mandy Mayfield, foreground, and other educators learn how to use a mirror to help students with speech. The discussion on early childhood literacy was part of Misawa Educators’ Day. (Jennifer H. Svan / S&S) 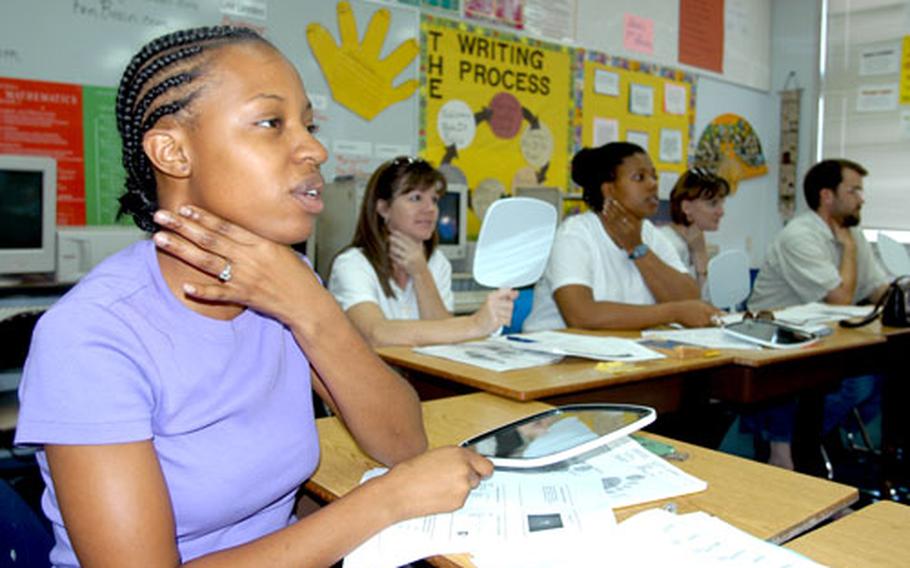 Vernita Beach, a teacher’s aide at Edgren High School, was among about 300 teachers, administrators and education specialists from the Misawa’s three DODDS Pacific schools who participated in the event. (Jennifer H. Svan / S&S) 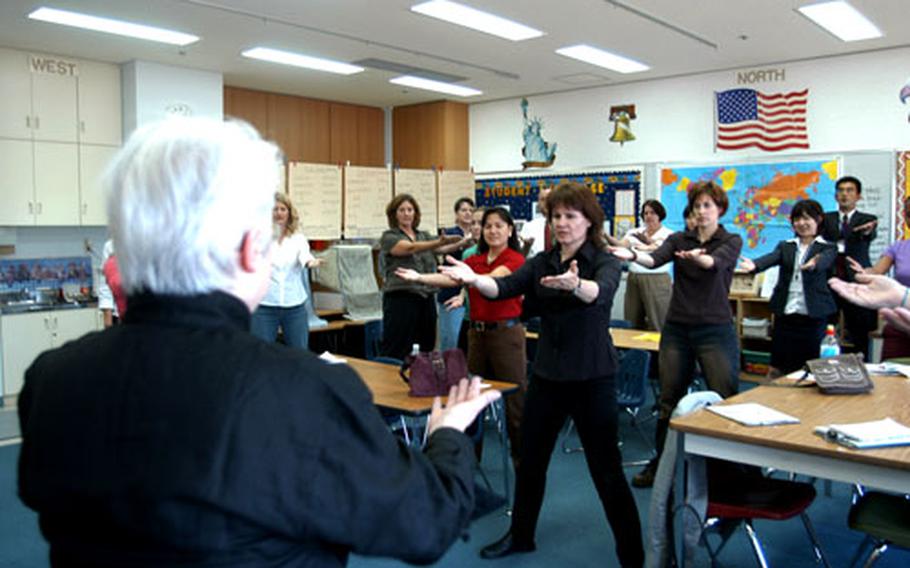 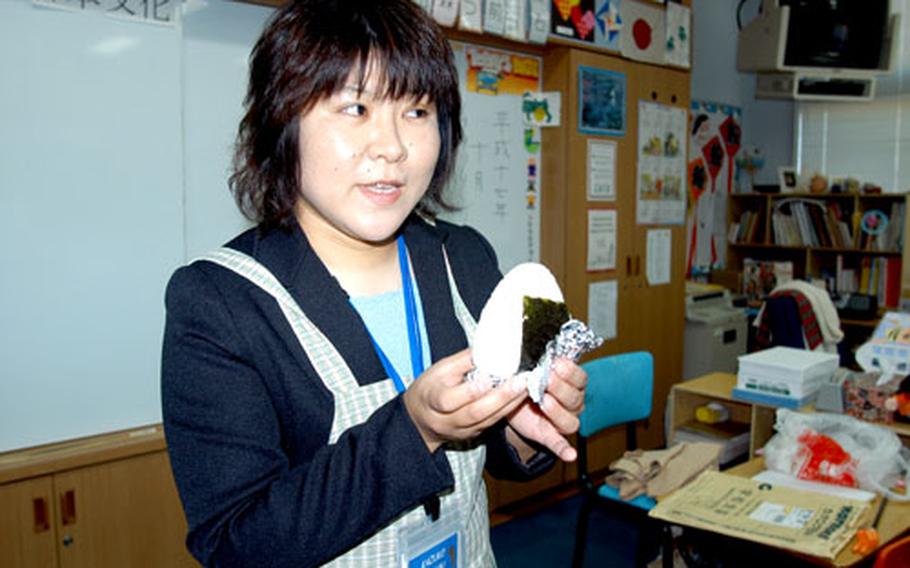 MISAWA AIR BASE, Japan &#8212; From ice-skating lessons to tips on improving long-term memory, Misawa&#8217;s Educators&#8217; Day offered something for just about everyone.

While their students had the day off, Misawa&#8217;s teachers alternated between myriad 45-minute educational, cultural and fitness sessions spread out through the school and at a few off-base locations. Called &#8220;Learning for Life &#8212; Pathways to the World,&#8221; the day was a chance for educators to learn from their colleagues and discover ways to enhance not only their work in the classroom but their personal lives as well, organizers said.

&#8220;If they can come back to their class with one great idea that can help their children learn, then it&#8217;s a beneficial day,&#8221; said Sollars third-grade teacher and Educators&#8217; Day chairperson Kathleen Tate.

Visiting from Yokosuka Naval Base, Sullivans Elementary School teacher Rebecca Sterrett introduced linkword mnemonics, a technique that uses silly storytelling to help students with long-term memory. Active-duty personnel at Misawa also led several sessions, including Capt. Kevin Jones, who talked about life as an Air Force fighter pilot. Outdoors and off base, Sollars counselor Susan Blake led participants on a hike through Misawa&#8217;s Citizen&#8217;s Forestry Park. The numerous Japanese cultural offerings ranged from origami to making a Japanese bento or box lunch. The event was open to the public.

Keynote speaker Dr. Nancy Bresell, director of Department of Defense Dependents Schools-Pacific and Domestic Dependent Elementary and Secondary Schools-Guam, talked of proposed educational initiatives on the horizon, including the possibility of establishing a Spanish foreign-language program in DODDS Pacific elementary schools and adding Mandarin Chinese as a middle and high school elective. The latter will be offered first in Okinawa and Seoul on a pilot basis, Bresell noted, so school officials can determine its impact on other foreign-language offerings before deciding whether to expand the program.

Bresell also spoke of the current military transformation and the effect of troop drawdown in Europe on DODDS schools there. With at least six schools slated to close in Europe, there will be less transfer opportunities this year for DODDS Pacific teachers, she said. In Japan, while there&#8217;s much speculation about military realignment, Bresell said, &#8220;nothing is definite to announce at this time.&#8221;

Sollars Elementary School kindergarten teacher Mandy Mayfield said she learned about using mirrors to help her students with speech and how to use music as a way to introduce language concepts. Educators&#8217; Day introduces new ideas &#8220;on using some of the same tools we already have,&#8221; she said.