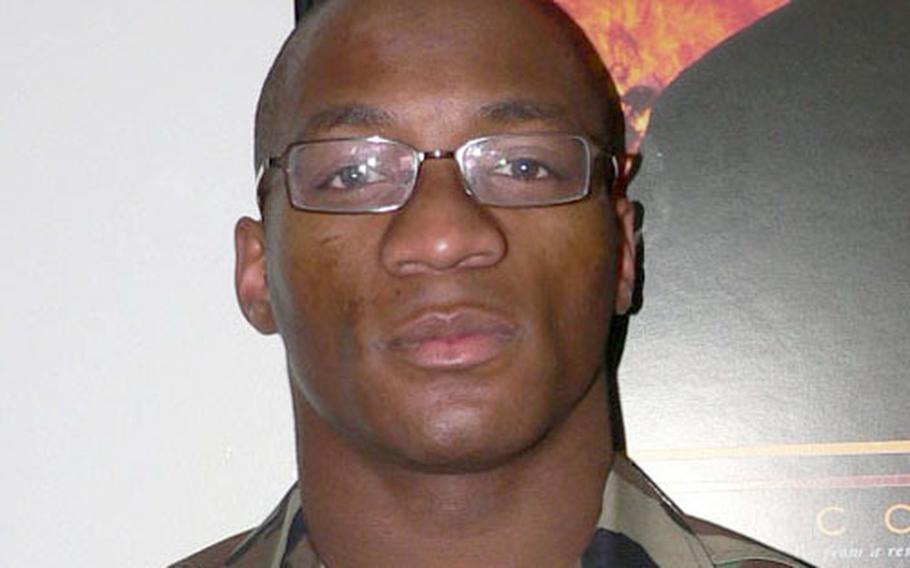 Air Force Staff Sgt. Terral A. Leak, above, ran into a burning building near Misawa Air Base on Friday and helped rescue residents in some of the 70 apartments. (Courtesy of the Misawa Fire Department)

Air Force Staff Sgt. Terral A. Leak, above, ran into a burning building near Misawa Air Base on Friday and helped rescue residents in some of the 70 apartments. (Courtesy of the Misawa Fire Department) 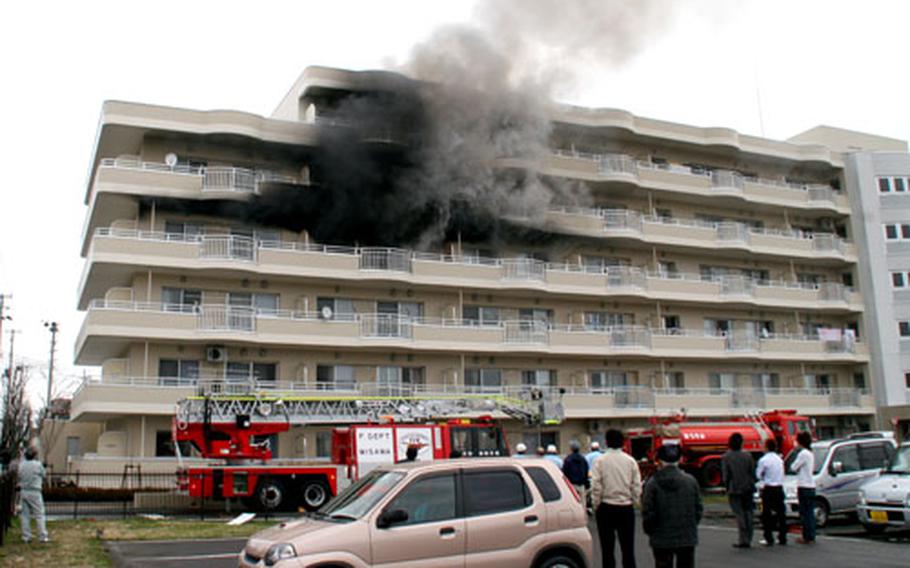 Firefighters respond to the fire. No one was injured in the fire, something fire department officials credited to Air Force Staff Sgt. Terral A. Leak’s quick action. (Courtesy of the Misawa Fire Department)

So Leak, an electrician with no firefighting experience, drove his car straight up to the building&#8217;s entrance and ran in.

Leak raced down the hallways in the 70-apartment building with mostly elderly residents. The Japanese he studied in a class at Misawa a few years ago helped him with the word for fire. He banged on doors alerting the occupants.

He continued up the building. On the third floor, two Japanese men began to help. By the fourth floor, the smoke was so thick he had to crawl. He used his uniform blouse to cover his face from the smoke.

When the building&#8217;s automatic smoke doors closed in the hallways, Leak briefly feared he was trapped until he found the doors would still open.

When the firetrucks came, he helped drag the hose up the stairwell, racing outside to pull slack when the hose got stuck. He helped for the hour it took to extinguish the fire, staying even to help the crew wind the hose back onto their truck.

After the fire, Leak raced home, showered and went to work. No one believed his story until he showed them his water-soaked clothes and boots covered in extinguisher foam and smoke.

On Monday, he and base assistant fire chief Toshinobu Kawashima met with the city fire department. The firefighters told Kawashima that Leak&#8217;s quick thinking helped prevent any injuries.

&#8220;These selfless acts by Staff Sgt. Leak fill me with great pride. Terral showed that he was a true professional who saw a situation, then immediately worked to solve it. His outstanding performance is a credit to him and the U.S. Air Force,&#8221; Maharrey said in the letter.

It wasn&#8217;t the first time Leak helped in a crisis at Misawa. Two months ago, the squadron&#8217;s chief, Chief Master Sgt. Lawrence January, gave Leak a coin for assisting after a dependent driver lost control on ice and hit a guardrail.

Leak said the best part about Friday&#8217;s experience, other than the fact that no one was injured, is having one up on his twin brother, a soldier in the States.

And although he said he&#8217;s not crazy about the attention his actions have brought, he admits he&#8217;ll be pleased to know he did something special, a way to remember his first duty station and to leave a lasting memory.