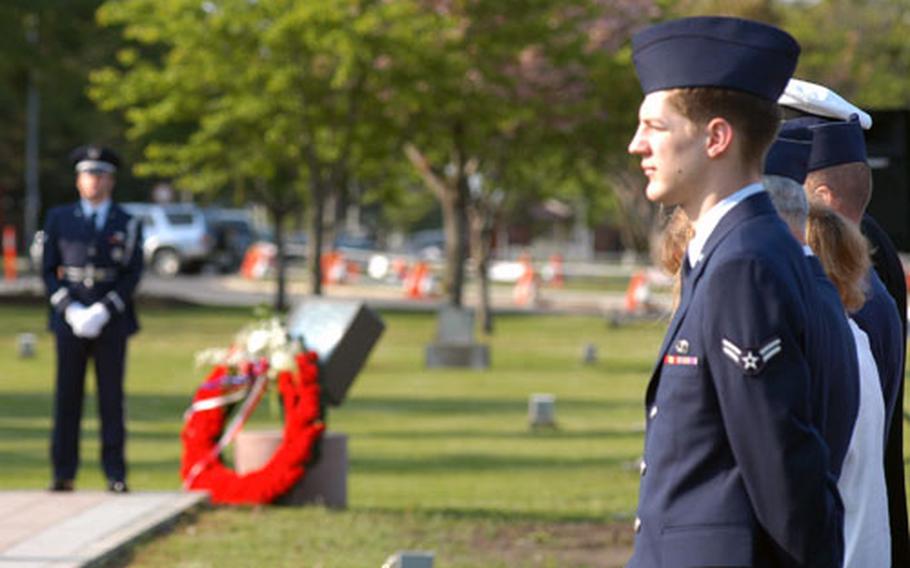 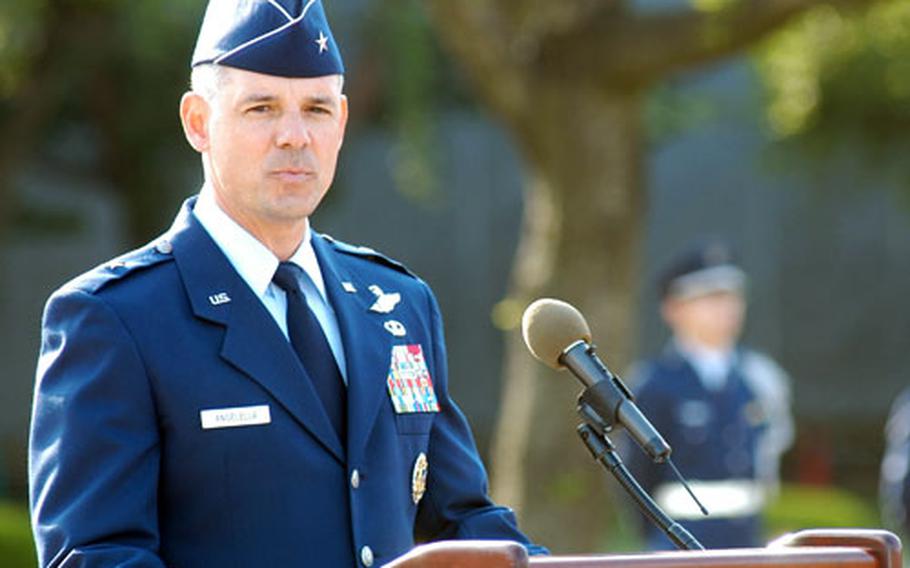 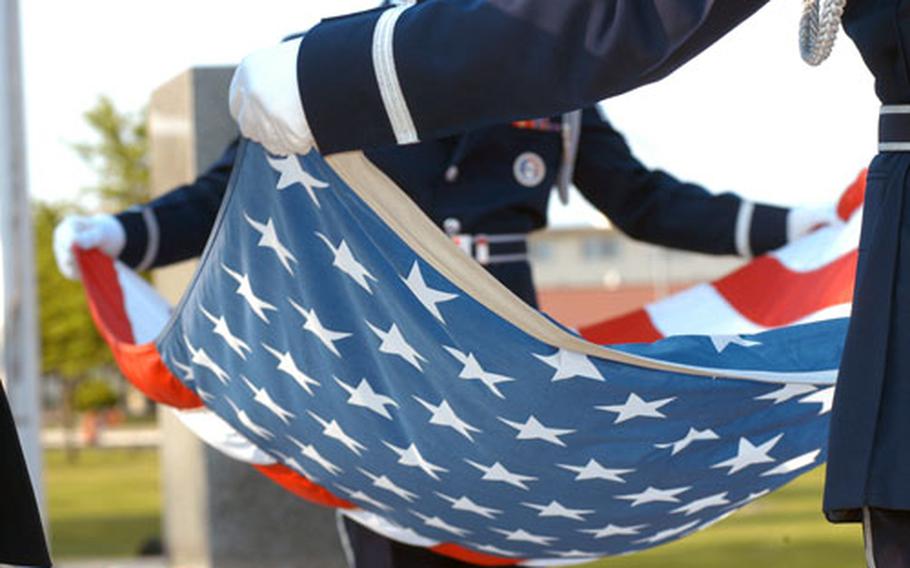 It&#8217;s a bittersweet grin, in his brother&#8217;s memory, an effort nonetheless to soak up life now that Army Spc. Matthew C. Frantz can&#8217;t. The counterintelligence specialist was killed Jan. 20 in Iraq when a roadside bomb exploded and overturned his Humvee.

He was 23, engaged to be married, a gung-ho, life-loving soldier.

Eric, who is in the 13th Fighter Squadron&#8217;s aviation resource management, was asked to be a special guest at the base&#8217;s Memorial Day retreat ceremony on Thursday. He sat in the front row next to an Air Force colonel while the 35th Fighter Wing commander remembered Matthew and four other fallen servicemembers in an emotional tribute.

Matthew talked about a military career since he was 7, Eric said. Right out of Jefferson High School in Lafayette, Ind., he joined the Marine Corps, a dream cut short by two knee injuries. The Army accepted him two years later, in March 2004.

His job gathering intelligence, talking with local villagers, &#8220;was just perfect for his personality,&#8221; Eric said.

&#8220;He couldn&#8217;t speak a lick of Arabic, but he ended up having a two-and-a-half-hour conversation with a mayor of this certain village. He was trying to pick up on what the guy said and the emotion that he said it with.&#8221;

A member of the 1st Special Troops Battalion, 1st Brigade Combat Team, 101st Airborne Division at Fort Campbell, Ky., Matthew, along with four other Fort Campbell soldiers, was on one of those intel missions the day he died in Hawijah, Iraq.

&#8220;We&#8217;re not sure if it was the blast from the [improvised explosive device that killed him] or the fact that it rolled and rolled and rolled,&#8221; Eric said of the Humvee. Four perished, one survived.

Where once there were three brothers in the military, now there are two: Navy Petty Officer 2nd Class Christopher Frantz, 25, is on shore duty in the States.

Serving their country runs in the family. Eric&#8217;s father, James, spent 13 years in the Navy and now is in the National Guard. Two grandfathers fought during World War II. Eric was the brother who was supposed to go to college, he said, but the Air Force &#8220;just sort of happened.&#8221;

Matthew was an influence: &#8220;It was during his two years back (home from the Marines), all he would talk about was joining the military, joining the Army. I think it was something that he knew he could do that other people couldn&#8217;t or wouldn&#8217;t.&#8221;

The last time Eric saw Matthew was at his 2004 Air Force boot camp graduation. They talked all the time, though, over the phone and via e-mail.

Despite the hole left in his family, the ache in his heart, Eric is no less proud to serve his country.