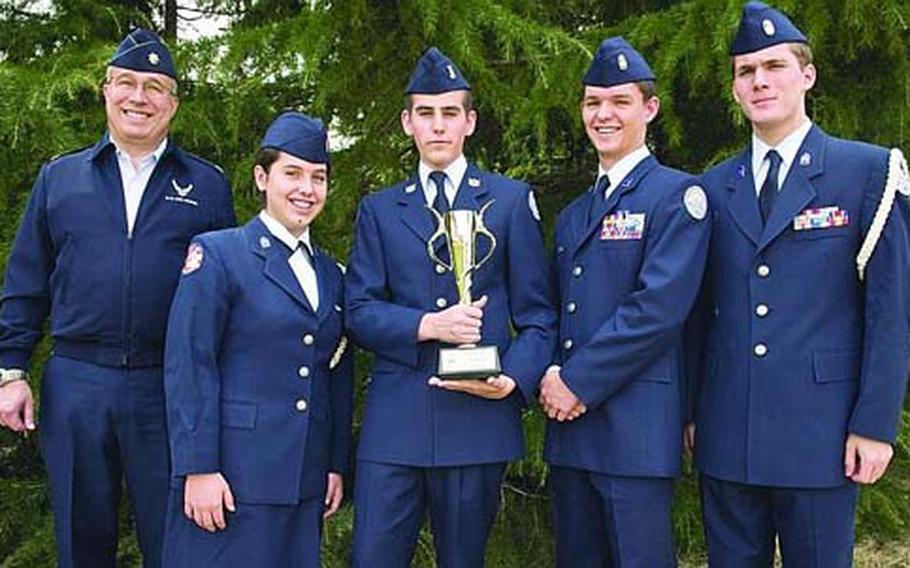 Eight tense questions later, the team from Misawa&#8217;s Edgren High School walked away the undefeated champions, the first time a Department of Defense Dependents School has won the bowl.

The Edgren squad beat out more than 300 teams that started the process through electronic competitions.

The top 16 Junior Reserve Officers Training Corps teams worldwide were awarded all-expense-paid trips to Washington to compete in the bowl, funded by the College Options Foundation.

Last year&#8217;s Edgren team also earned recognition as the first-ever DODDS school to compete in the finals when they finished in sixth place.

This year, juniors Scott Cronin and Michael Warden, both 16, were returnees who knew the pressure of competing in 2009. Monica Cronin, Scott&#8217;s 14-year-old sister, and Bryan Bancroft, 16, rounded out the squad.

Each focused on a particular academic subject: Scott Cronin took mathematics; Monica Cronin the vocabulary and grammar questions; Bancroft history and science; and Warden literature. Everyone chipped in on current events.

"We had a deep team and knew from the beginning of the year that we had a good shot," Scott Cronin said.

His sister was pleased to have played a part in the team&#8217;s success.

"I love academics. &#8230; To have an entire competition centered around knowledge" was wonderful, she said.

Bancroft is happy that a DODDS team won the event, shining light on a school system that many kids in the United States don&#8217;t even know exists.

The team recently sat down to watch the video of the finals, with one particular part drawing laughs.

When the final question focuses on Shakespeare, Warden can be spotted sitting straight up in his chair on the stage, getting ready to buzz in.

When he answered that Tybalt killed Mercutio in "Romeo and Juliet," he earned the bowl-clinching points.

It was "exhilarating," Warden said.