Misawa puts up DUI awareness display for the holiday season 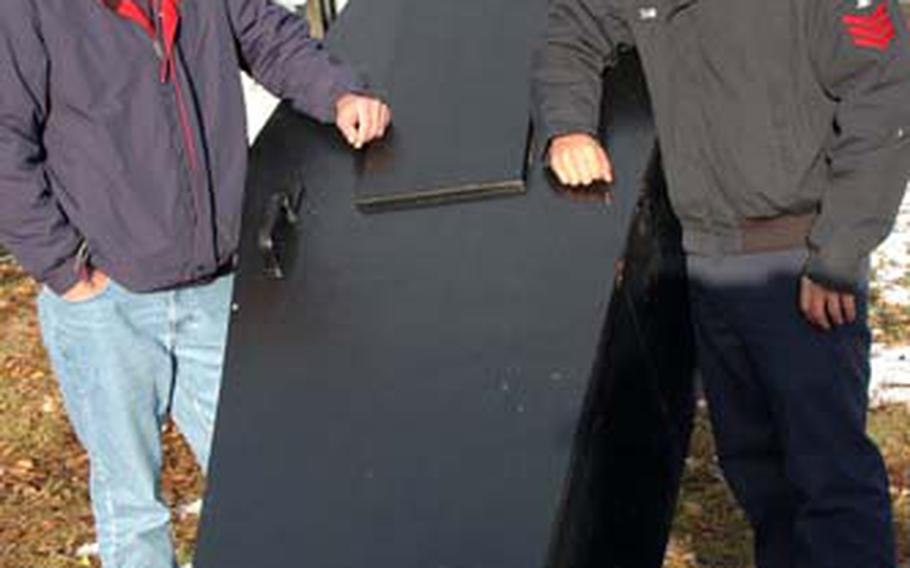 A holiday DUI awareness display went up last week near the main gate at Misawa Air Base in northern Japan, while the 35th Fighter Wing also launched its 14th annual "Tie One On" safety campaign against drinking and driving.

During the campaign, Misawa Air Base&#8217;s commanders and supervisors will speak to squadron members while tying a small, green ribbon on car antennas &#8212; to serve as reminders to airmen not to drive if they have consumed alcohol this holiday season, according to a Navy release.

It&#8217;s scheduled this time of year "because of the increased potential for DUIs following Christmas and New Year celebrations," Col. David Stilwell, the 35th Fighter Wing commander, said in an Air Force news release. "We do not want to lose a single member of our team, ruin a career or negatively impact our relationship with the citizens of Japan, due to an alcohol incident."

Wilson, a former Marine, said he&#8217;s seen firsthand the tragedy that can result when people get behind the wheel after drinking, the release said. In 1988, while assigned to a battalion landing team in Hawaii, an auto collision wiped out three of his good friends and left a fourth emotionally scarred for life.

"Several Marine friends and I were working in special operations training for six months," he said in the release. "We went on liberty right after we got back. That first night, a car filled with four of my buddies was struck head-on by a drunk driver."

Wilson and other surviving squad members dealt with a range of emotions, from intense sadness to blind rage. He said he still feels their loss.

As the facility safety manager, Wilson has seen the stats and says there&#8217;s always the chance someone is going to make a bad decision, and risk lives.

"The guy that hit my buddies head-on died in the accident as well," he added. "But I bet when he got behind the wheel that night after leaving a bar, he had no idea how many hundreds of people would be affected by his one stupid decision."

Wilson said Misawa has multiple transportation alternatives to ensure a safe ride home for everyone. There&#8217;s no reason to take the risk, he added.

"If only one life is saved by this display," he said in the release, "then the time we spent putting this together has greatly paid itself off."