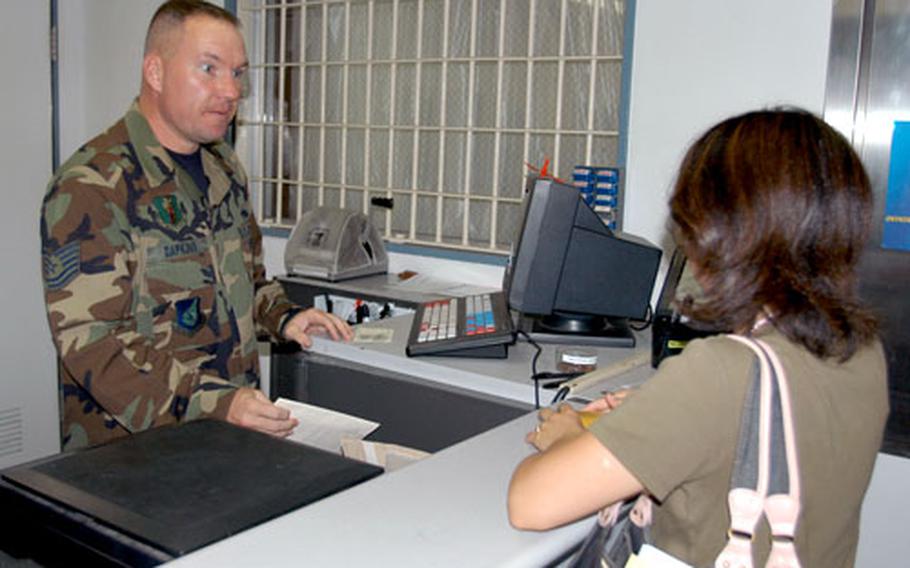 MISAWA AIR BASE, Japan &#8212; After enduring a rocky spring and early summer, when factors including deployments, leave and permanent-changes-of-station reduced available manning to about 52 percent, Misawa&#8217;s post office is almost fully-staffed again, according to the postmaster.

But the post office still needs volunteers, he said, as Misawa is one of Pacific Air Forces&#8217;s busiest mail distribution centers.

The post office on average processes about 3.5 million pieces of incoming and outgoing parcels annually. Due to northern Japan&#8217;s isolation and limited retail opportunities, Internet shopping on Misawa is huge, Wilhite said. &#8220;You get all kinds of mail orders that come through this base,&#8221; he said.

The number of authorized postal clerks, however, currently is based on population size. So while on paper the post office is fully manned, it could use more workers, he said.

The post office staff comprises about 27 military personnel and four Japanese civilians, while 20 to 25 volunteers may pitch in during a week, Wilhite said. But those numbers vary. &#8220;We may have eight or 10 in one day and sometimes there&#8217;s nobody for weeks,&#8221; said one worker.

While military-run post offices commonly have volunteer programs, Wilhite said, nonpaid workers at Misawa help keep the mission going. High school students volunteer through the base summer-hire program, he said, as do civilians, spouses, noncommissioned officers and young airmen from Airmen Leadership School and First Term Airmen Center. &#8220;Especially with deployments and all the other stuff going on, without those guys we would feel the brunt,&#8221; he said.

Volunteers set their own hours, typically working from two to three hours per shift. They are trained to work the parcel pickup window, pitch letters, break down incoming mail and account for insured packages. Defense Department regulations prohibit volunteers from handling money transactions or registered mail. &#8220;You must be a legitimate postal clerk to work the finance window,&#8221; Wilhite said.

How to save time, avoid lines

While staffing is returning to normal levels at the base post office, the postmaster, Master Sgt. Alfred Wilhite, says parcel pickup and the finance window should continue to be busy through the permanent-change-of-station season, which typically slows in September.

Also try to avoid the parcel pickup and finance sections during lunchtime, usually from 11 a.m. to 1 p.m., Wilhite said. Parcel pickup also is busy after the duty day, from 4:30 to 5:30 p.m.

Another time-saver is a new service geared toward shift workers but available to all postal customers. People can sign up to receive small packages too big for one&#8217;s postal box in one of 48 lockers set up in the post office lobby. A key would be placed in the box with directions on which locker to use; the key is returned automatically to the locker. Sign up for the service at the post office&#8217;s customer service desk.