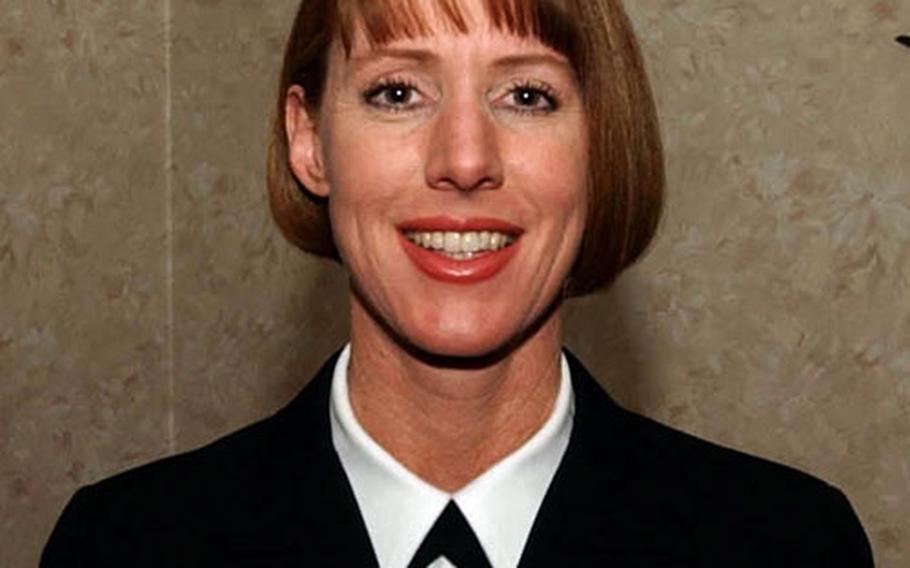 Pearson beat the eight other leading sailors from the major commands in the CNFJ area of responsibility, which includes Japan, Okinawa and Diego Garcia. The selection indicates Pearson, Misawa&#8217;s sailor of the year for the second year in a row, exhibits the highest degree of professionalism and competence among all sailors at her level.

&#8220;The competition was extremely tough,&#8221; Pearson said after learning of her selection at a ceremony Friday at Atsugi Naval Air Facility. &#8220;There were a lot of outstanding sailors who deserved it.&#8221;

Pearson, a former Naval reservist, is the legal officer for the Navy legal department at Misawa. &#8220;I feel that I am privileged with the outstanding leadership at NAF Misawa, and this award is not just for me but for all the sailors there,&#8221; she said.

Pearson next competes in Hawaii against other sailors of the year from Navy shore commands for the title of Navy Installations Sailor of the Year.

In his letter recommending her, NAF Misawa&#8217;s commander, Capt. Wayne Radloff, wrote of Pearson: &#8220;She represents the future of the Navy and carries this responsibility superbly.&#8221;

At Friday&#8217;s ceremony, keynote speaker Rear Adm. Frederic R. Ruehe closed his remarks to the audience with a quote from Adm. Vern Clarke, chief of Naval Operations, who recently told a crowd of newly selected chief petty officers: &#8220;You have already proven to be great role models. Now we ask you to be extraordinary role models &#8212; extraordinary role models who lead others, teaching them that we live in a period where we have the privilege to be role models, and that is, in fact, an incredible time to serve.&#8221; Ruehe then said to the CNFJ top sailor candidates: &#8220;I pass that same challenge to you.&#8221;