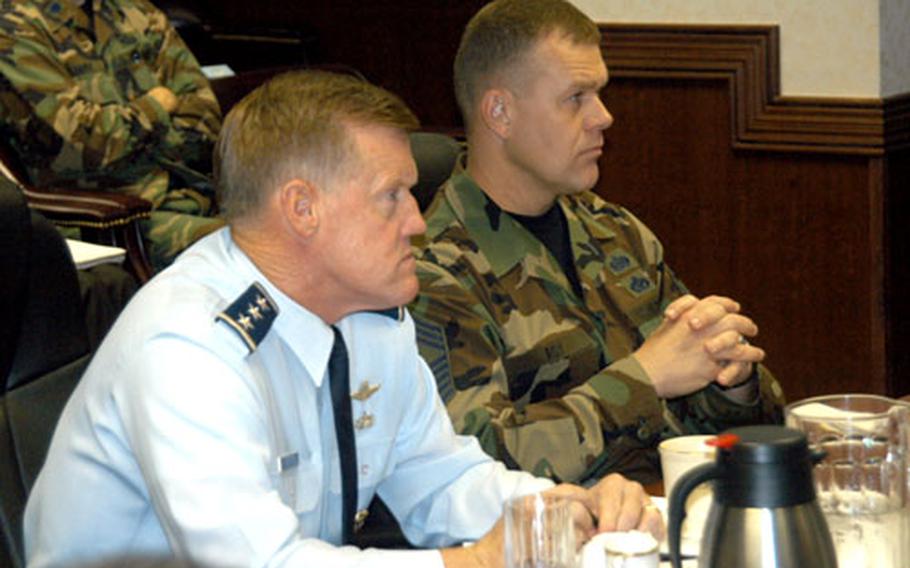 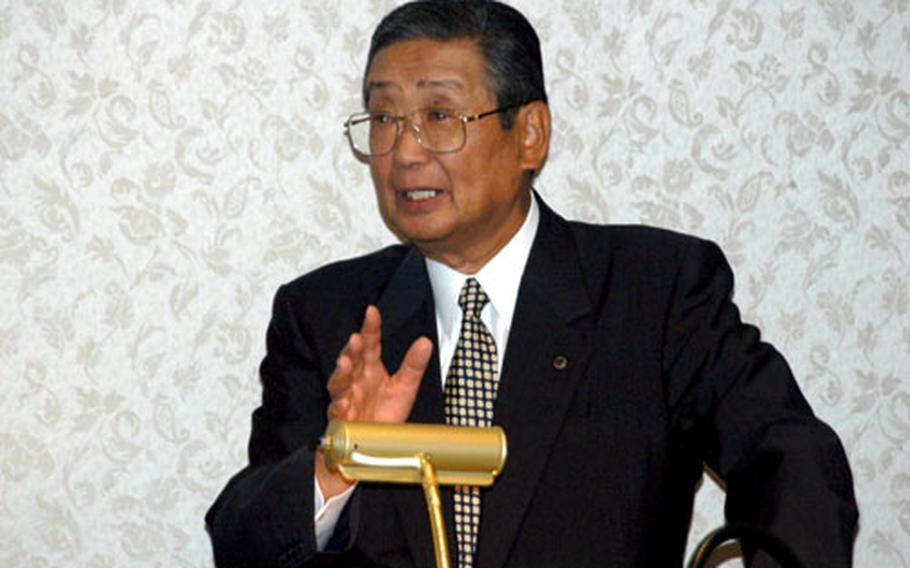 In his first address to a 5th Air Force Component Commanders Conference, the longtime civic leader said &#8220;co-existence and co-prosperity&#8221; has fueled a decades-long U.S.-Japan friendship. &#8220;You are very important people for maintaining peace in the whole world, not just Japan,&#8221; he said through a translator.

&#8220;It&#8217;s important to have these face-to-face dialogues,&#8221; Wright said. &#8220;It gives me an opportunity to encourage and teach and I think that&#8217;s what a senior leader has to be about. We have great people. These commanders have wonderful experience and a real understanding of the specifics of this job. If I can encourage and empower them, that makes us a much more effective force.

&#8220;This allowed us to emphasize our objectives: taking care of our people, improving joint-bilateral combat readiness and improving local relations.&#8221;

Suzuki, 65, said he first met Wright and his family when the senior U.S. military representative in Japan was Misawa Air Base commander, in 1997.

&#8220;We didn&#8217;t need much time to become good friends simply by understanding and respecting each other,&#8221; the mayor said, joking that he couldn&#8217;t refuse Wright&#8217;s invitation to speak but likely would decline a request by the secretary of the Air Force if asked because of his fear of speaking to large audiences.

Suzuki, Misawa mayor since 1989, said festivals, cultural exchanges and other programs have strengthened U.S.-Japan ties over the years. Misawa Airport, the only strip in Japan used by USFJ, the Japan Air Self-Defense Force and commercial sector, has contributed greatly to the city&#8217;s development, he added.

He said the Misawa Aviation and Science Museum, which opened in 2003, has provided another outlet for U.S. and Japanese people to come together.

Suzuki also thanked U.S. forces for their quick response to various disasters over the years, saying that communication and coordinated efforts would continue to fortify the alliance.

&#8220;I truly hope each of you will &#8230; establish a good relationship with the local people,&#8221; he said. &#8220;I am confident that this will definitely work most effectively as the best cutting-edge weapon when you perform your missions.&#8221;

Wright said, &#8220;There have certainly been a lot of discussions about the alliance between Washington and Tokyo lately. Our real strength is the great local relationships we have with Japanese civic leaders like Mayor Suzuki.

&#8220;Our commanders benefit from hearing about it. Interacting with Mayor Suzuki gives us a better understanding of how important local relationships are.&#8221;