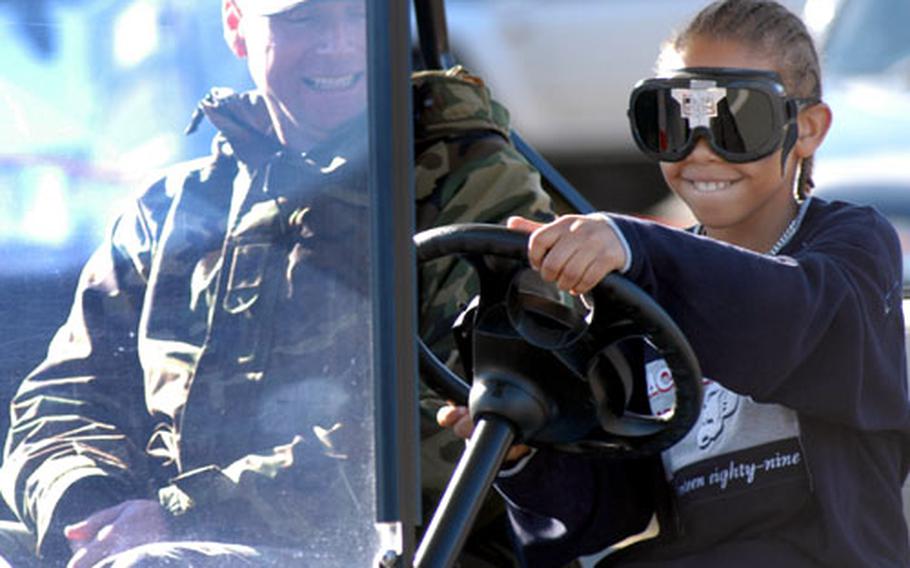 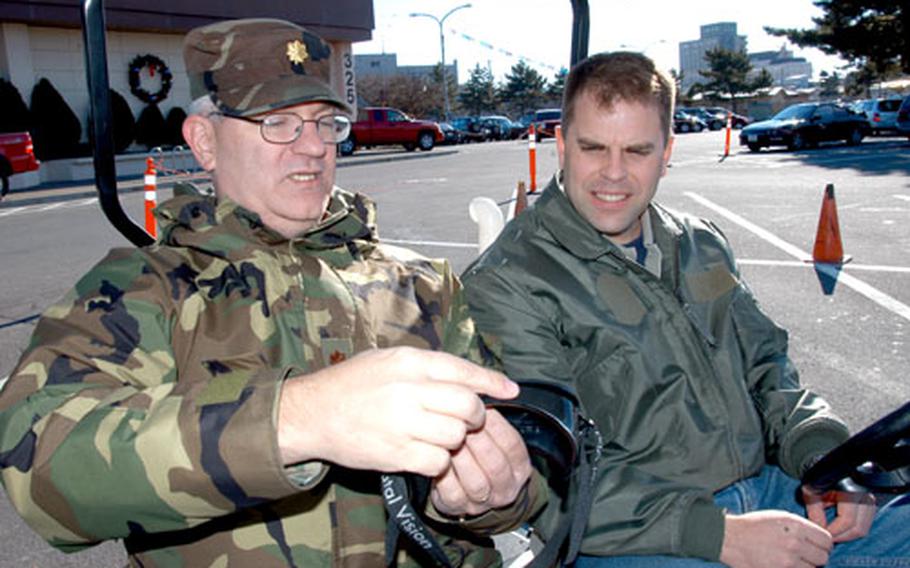 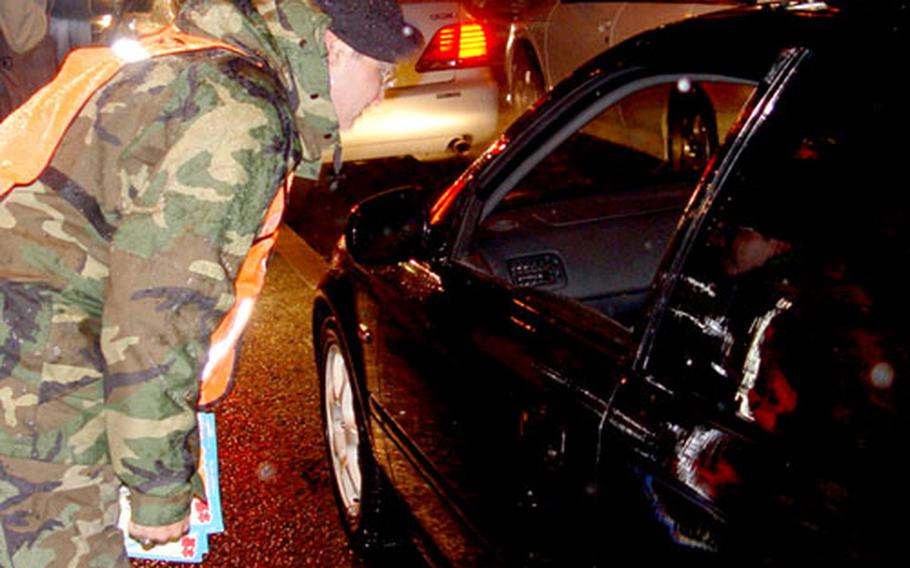 Senior Airman Travis Good of 35th Security Forces Squadron checks in with a motorist Monday night outside Misawa City Hall as part of an off-base traffic safety campaign to keep vehicle-related fatalities in Aomori Prefecture at less than 100 for the year. (Photo courtesy of Misawa Police Department)

MISAWA AIR BASE, Japan &#8212; Messages encouraging safe winter driving are swirling harder than the snow at this northern Japan base.

Monday, the base launched its green-ribbon campaign; that night, Misawa police and base security forces touted traffic safety to motorists outside City Hall.

And Wednesday, base exchange shoppers tried operating a golf cart in the parking lot while wearing vision-blurring goggles, simulating driving while drunk.

The snow has yet to fly and holiday parties have barely begun, yet reminders are thick that driving drunk or stupidly any time &#8212; but especially in Misawa&#8217;s winter &#8212; is a recipe for disaster.

The goal: Keep the prefecture&#8217;s 2005 traffic-related deaths below 100 for the year. Misawa police said that as of Tuesday 77 people had died in car accidents in Aomori, the fewest since 1965, when 97 died. This could be the first time in 40 years that fewer than 100 fatalities occurred, said Tsukasa Machiya, Misawa police liaison.

Every year, Misawa accidents also involve Status of Forces Agreement drivers &#8212; one American was killed this year. &#8220;That&#8217;s why we invited the security police&#8221; to help pass out fliers, Sawada said.

Vehicle fatalities in the prefecture most often involve elderly victims, including pedestrians, he said, adding that Misawa police have given senior citizens wearable reflectors.

Base officials and groups also are stepping up safety awareness. Tying green ribbons to car antennas is one effort; combatting drunken driving, which accounts for the second-highest number of vehicle-related deaths in the prefecture, is another.

On Wednesday, the golf cart at the BX parking lot drew much attention.

&#8220;For you, that&#8217;s probably seven drinks in an hour,&#8221; said Sherri Light of the Drug Demand Reduction and Drug Education For Youth programs.