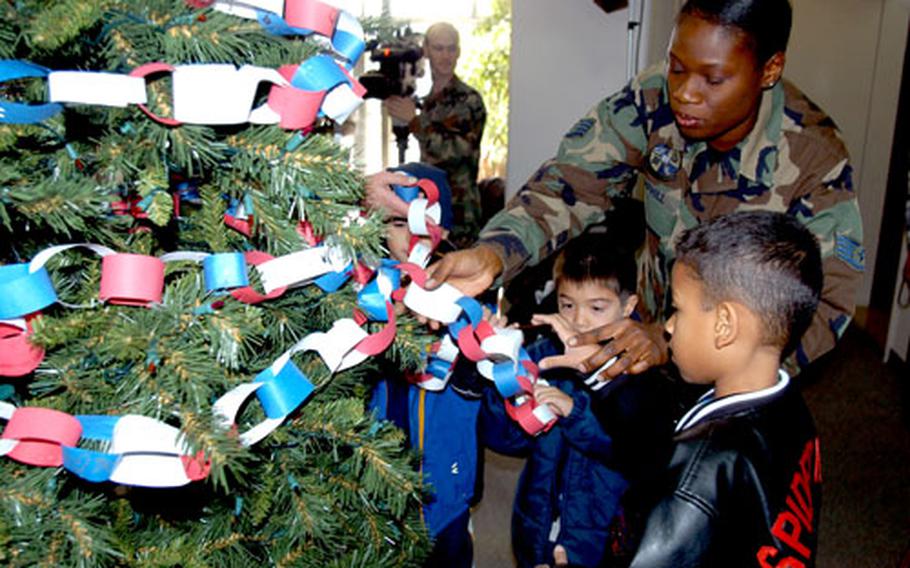 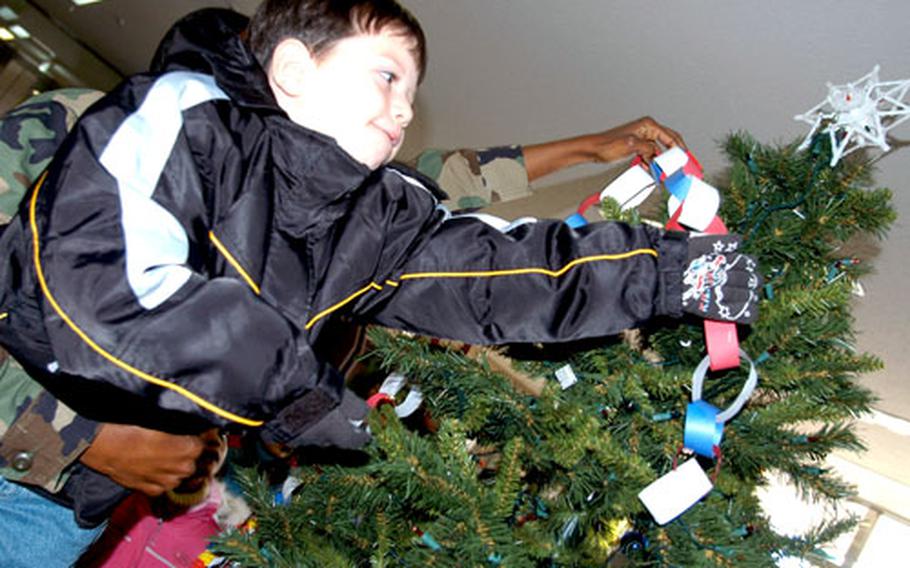 With a helping hand, first-grader Jordan Roberts helps lay a paper chain across the top of the Christmas tree. (Jennifer H. Svan / S&S) 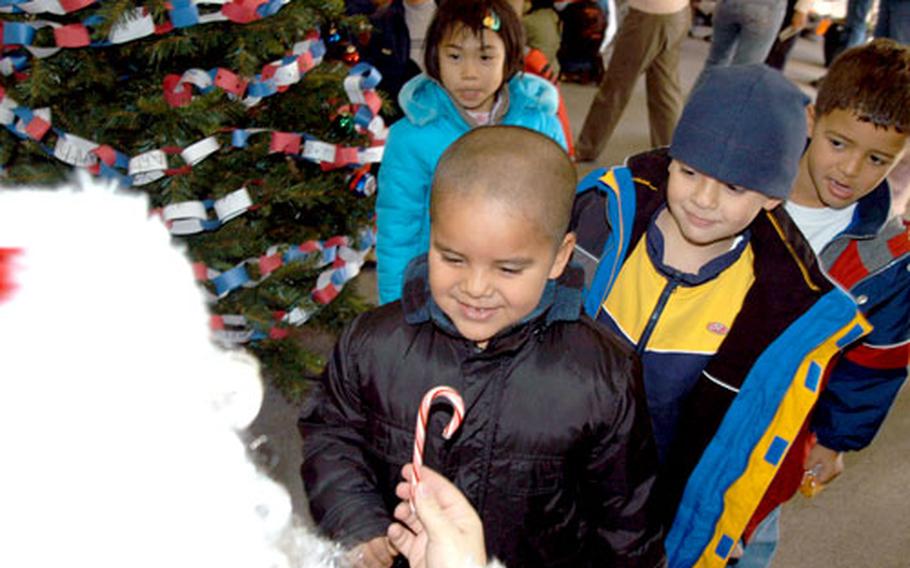 MISAWA AIR BASE, Japan &#8212; If anyone could work some magic, Julianna Valenti figured it would be the man with the long white beard.

While decorating a tree in the Torii Building on Thursday morning with some of her classmates, the Sollars Elementary School sixth-grader told Santa Claus she wished her dad would come home for Christmas.

Unless jolly ol&#8216; Saint Nick parks his sleigh at the Pentagon, he might be better suited to filling requests for puppies and video games.

With more than 250 Misawa personnel deployed for the current September-to-January Aerospace Expeditionary Force cycle, a lot of kids will be missing one of their parents this holiday season. To keep their spirits high, the Family Support Center has planned several activities this month for families of deployed members, including the tree decorating.

About 60 Sollars students, divided in two groups, rode a bus from school Thursday carrying photos of their distant parent glued to handmade ornaments. They hung those on the tree, along with construction-paper chains inked with family names, and checked in with an early-bird Santa. Another 60 students, from Cummings Elementary School and home-schoolers with a deployed parent, were to decorate another tree Friday morning in the mission support building lobby. The children&#8217;s names from both days were to be entered in a Dec. 16 drawing to receive one of the donated trees.

Sollars fourth- to sixth-grade guidance counselor Morris Poston said students are handling their parents&#8217; absence well. But &#8220;having a mom or dad gone at any time is rough on anybody. We&#8217;re hoping this will make it a little bit easier for them, get them into the Christmas spirit,&#8221; he said.

The Valentis sent Christmas baskets with Japanese knickknacks such as chopsticks and soda for Bill Valenti to give his troops, since most aren&#8217;t from Japan.

Also this month, for families of deployed members, is a Dec. 9 homemade ice cream social from 4 to 6 p.m. in the Torii Building and a movie matinee on Dec. 18 at Richard Bong Theater. Hemphill said the Misawa Officers Spouses Club and Enlisted Community Organization bought 200 movie tickets for the families. For more information about attending, call the Family Support Center at DSN 226-4735.