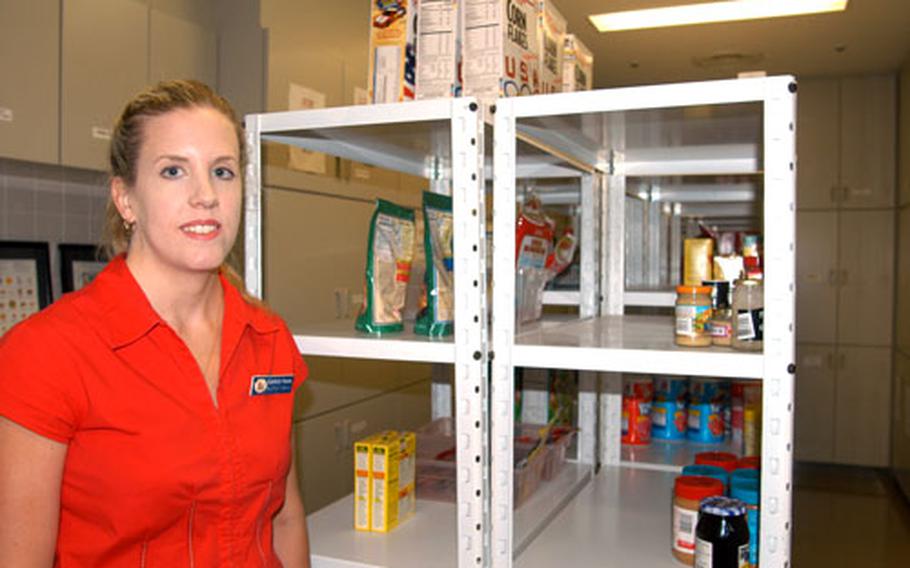 MISAWA AIR BASE, Japan &#8212; While donations pour in from around the world for Hurricane Katrina victims, a service here that helps military personnel in a pinch is trying to replenish its empty shelves.

The Family Services Food Pantry, located in the Torii Building, needs food &#8212; the canned, boxed and bagged goods kind, from macaroni and cheese to cereal and rice.

Misawa&#8217;s food pantry is available to all military personnel and their spouses, as long as they&#8217;re military ID cardholders. They&#8217;re limited to two bags of groceries every other month, though servicemembers can apply through their first sergeant &#8212; or service equivalent &#8212; for more frequent-use privileges.

The two-bag quota replaced unlimited shopping privileges about a year ago, base officials said, around the same time the Airman&#8217;s Attic &#8212; the pantry&#8217;s previous home &#8212; was torn down and integrated into Misawa&#8217;s Thrift Shop.

&#8220;Some families were using the pantry as their grocery store instead of spending money to purchase groceries when they were able,&#8221; said Staff Sgt. Angela Eggman, a base spokeswoman. Also, she said, once the pantry moved to the Torii Building, it had less storage room.

Family Services officials say the pantry, which also includes baby food, formula, diapers and toiletries, is intended to help those experiencing financial hardship or other emergencies, and to tide families over until the next payday.

The pantry nearly emptied this summer after donations dwindled and people donated products past their expiration date, which public-health regulations prohibit the pantry from keeping, Staton said.

After Family Services put out the word that the pantry needed supplies, Senior Master Sgt. Scot Ashton, the base&#8217;s career assistance adviser and president of the base Noncommissioned Officers Association chapter, organized a food drive going on until Sept. 23.

People can drop off goods at donation boxes inside the commissary near the far-left exit, at two red boxes in the post office and at the First Term Airmen&#8217;s Center. &#8220;Or they can call me and I will come get it from anywhere on base,&#8221; Ashton said. His number is DSN 226-7829.

&#8220;The people that utilize it more than anyone are the younger, married enlisted folks who are just starting out and &#8230; get a little over their heads,&#8221; Ashton said. &#8220;It&#8217;s nice to have somewhere where they can get a couple bags of groceries and not have to worry about going to the commissary and the bills.&#8221;

Staton said families often visit the center after moving to Misawa and before their household goods arrive. They&#8217;re buying linens, towels and other items for their home and looking to save a few dollars on groceries. About five customers per week use the pantry. They have to fill out a registration card and use the shopping bags provided.