Misawa fighter pilots need to be well-suited for water survival 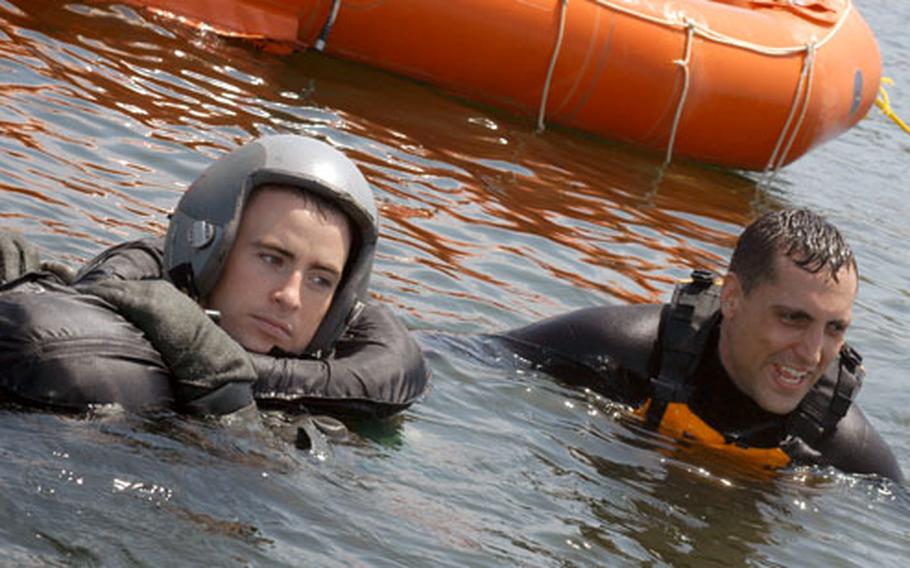 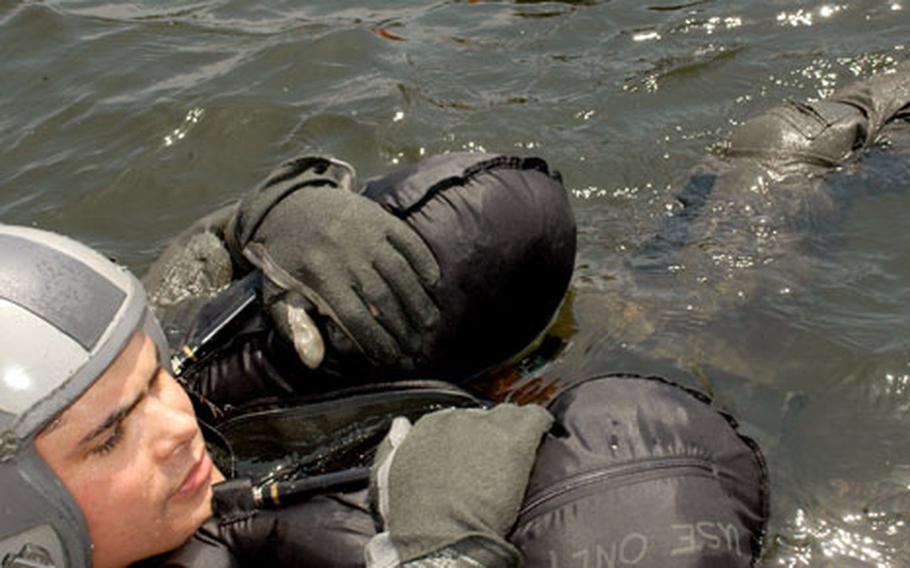 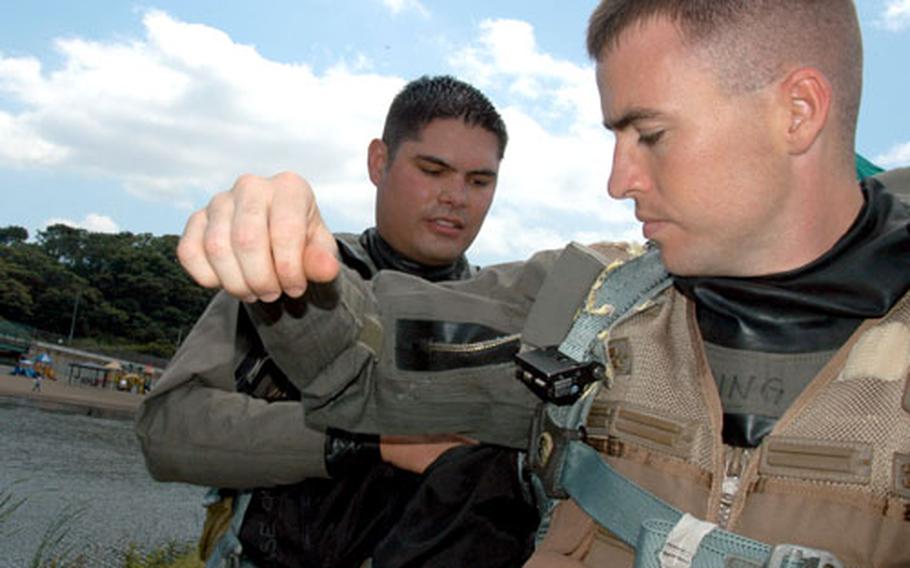 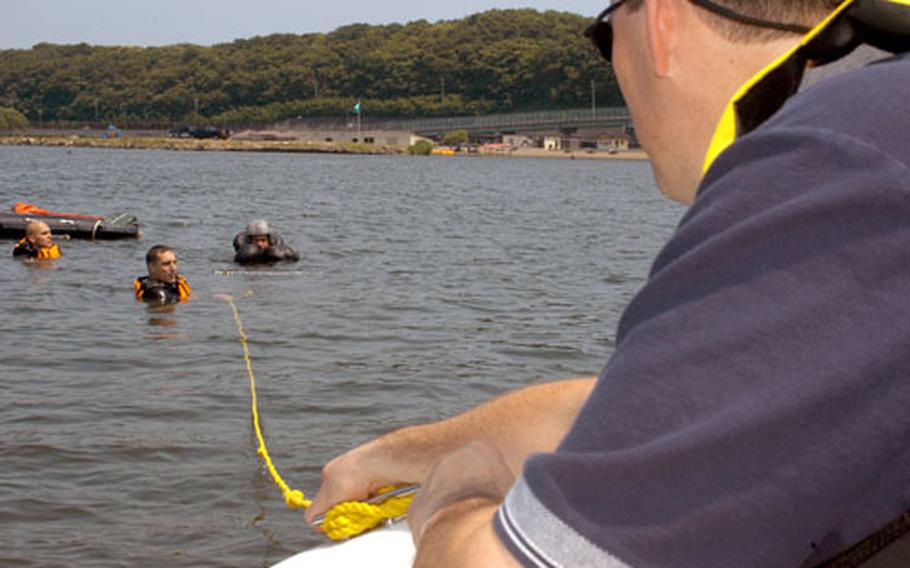 MISAWA AIR BASE, Japan &#8212; Fighter pilots here fondly call it the &#8220;poopy&#8221; suit: an anti-exposure watertight suit with no open flaps for when nature calls. They&#8217;re not fashionable, but they&#8217;re necessary, especially when your job entails doing 90 percent of your flying over choppy ocean waters that in winter dip below freezing.

Also essential for such a job description is water survival training. At many bases, it&#8217;s done in indoor pools. But at Misawa, where pilots must be certified in water survival every three years, Lake Ogawara &#8212; albeit in summer &#8212; is the classroom.

Plescha and three other Misawa aviators waded into the 60-degree lake Friday decked out in full flight gear to practice surviving what would be one scary ride: If something goes wrong while you&#8217;re cruising more than 10,000 feet over the Pacific Ocean in a single-engine F-16 and you have to eject, what do you when you splash into the water?

That rubber &#8220;poopy&#8221; suit certainly helps, but it&#8217;s no invitation for bobbing in the water. In freezing temperatures, pilots without the suit might have 30 seconds to a minute before hypothermia sets in and they can&#8217;t do much, said Master Sgt. Alec Rehms, 35th Life Support Section superintendent. The poopy suit generally doubles their survival time, he said, &#8220;but it&#8217;s not designed for them to hang out in the water.&#8221;

The aviators are trained to get into their raft, which should be inflated and attached to them, along with a survival kit, as fast as possible. But first they have to lose the parachute.

Misawa&#8217;s fliers were pulled backward from a rope off the back of a motorboat, a drill simulating the drag of a parachute. They had to scrunch in a ball to create an air pocket in order to detach their harness from the rope.

Once in the raft, they can radio for help, set off flares or release sea dye to help rescuers find them.

After an hour in the water, a drenched Lt. Col. Pete Zuppas, 35th Operations Group deputy commander, remarked that the training was time well spent.