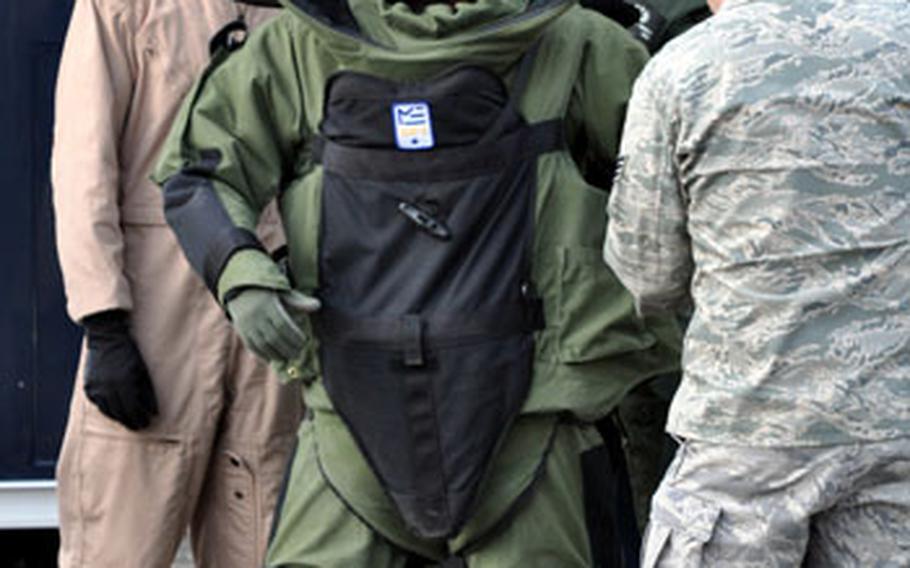 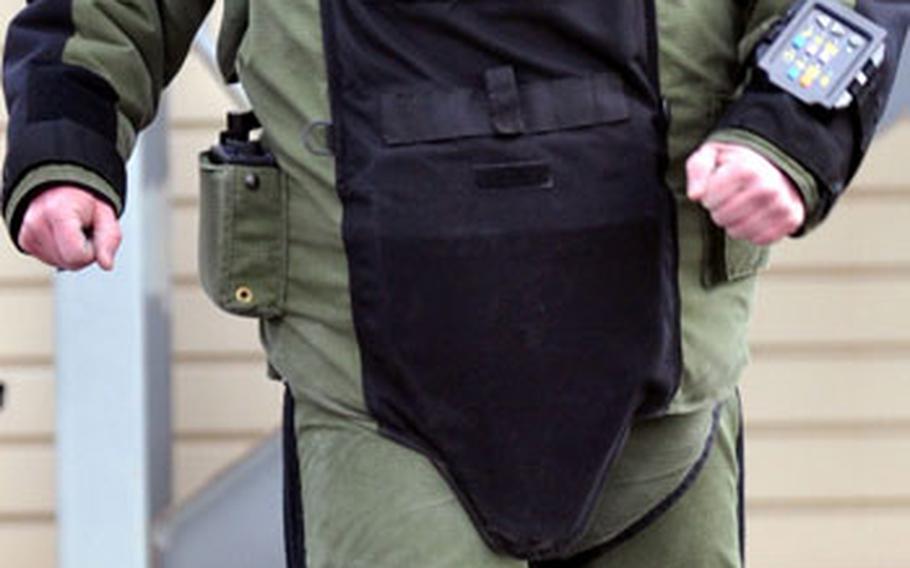 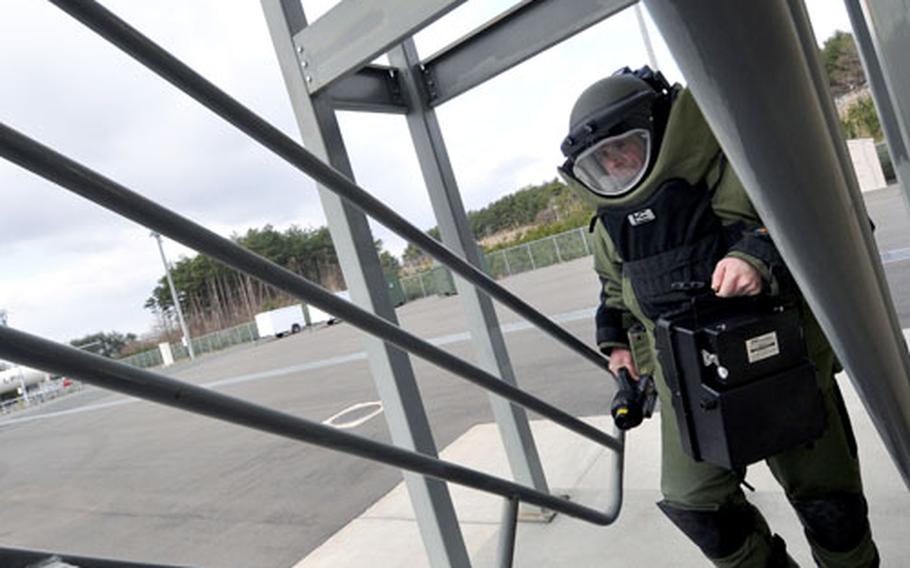 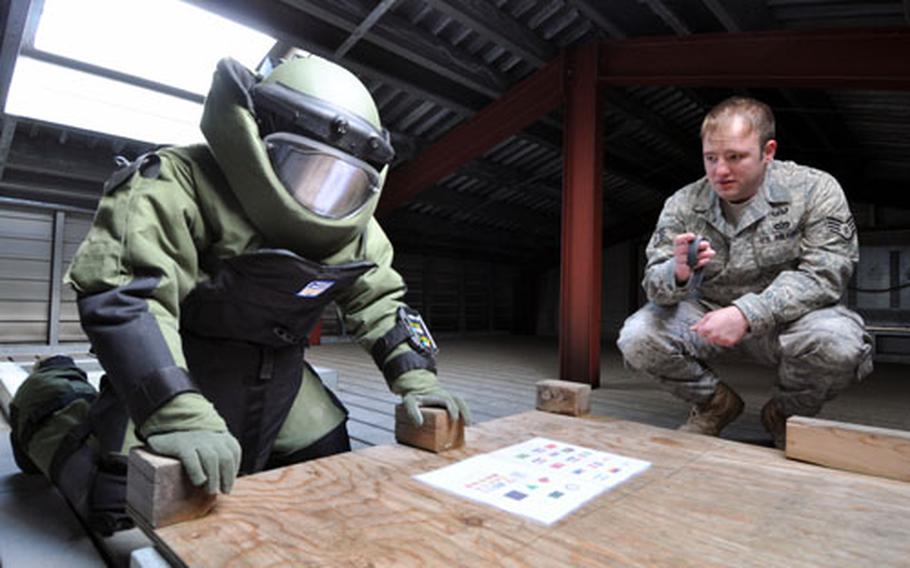 Staff Sgt. Anthony Walling, right, gives Staff Sgt. Michael Overton 60 seconds to memorize as many symbols as he can from a piece of paper during a training and conditioning drill. Overton had already climbed the three-story building&#39;s stairs twice wearing the 70-pound bomb protection suit before attempting to memorized the symbols. (T.D. Flack / S&S) 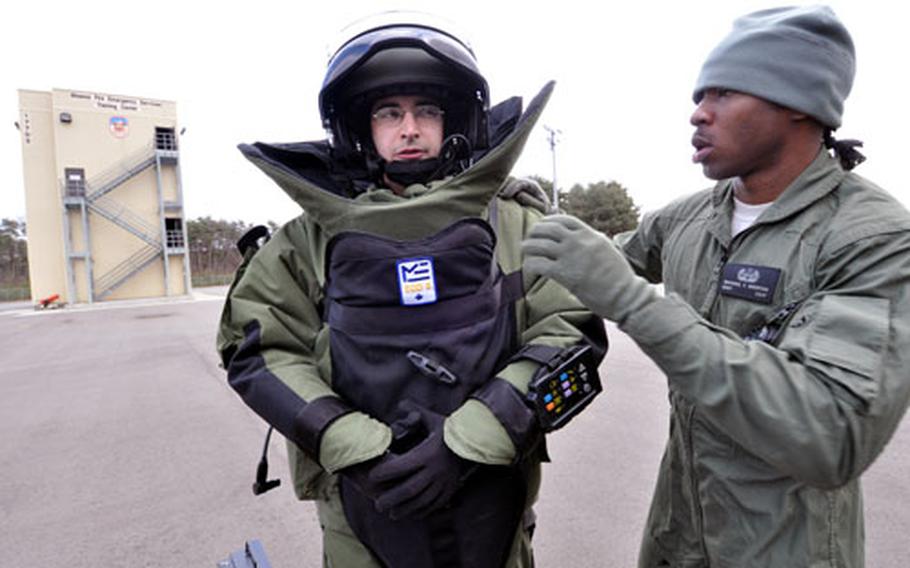 MISAWA AIR BASE, Japan &#8212; Even though temperatures were in the low 40s, sweat poured off airmen of Explosive Ordnance Disposal here as they pushed themselves to their limits in 70-pound bomb suits.

Familiarity and conditioning were the goals, said Tech. Sgt. Jeffrey Hansen. The airmen must be able to work in the heavy protective suits, often in harsh, downrange conditions, he added.

On Thursday, the team put the base&#8217;s fire station training tower to work, shuffling quickly about 100 yards across the parking lot, carrying two heavy pieces of equipment, and then climbing all three stories of the tower. They dropped the gear and quickly descended the steep steps, raced back to their vehicle, grabbed another piece of gear and did it again. After the second climb, they had to crawl through a small door and memorize as many symbols on a piece of paper as they could in one minute.

Rushing back to their truck, they pulled off the suits and had one minute to recall the symbols.

Staff Sgt. Anthony Walling, who served as course evaluator, said that even when physically stressed, it&#8217;s important for EOD specialists to be able to concentrate and remember things like how many minutes are left on a clock face.