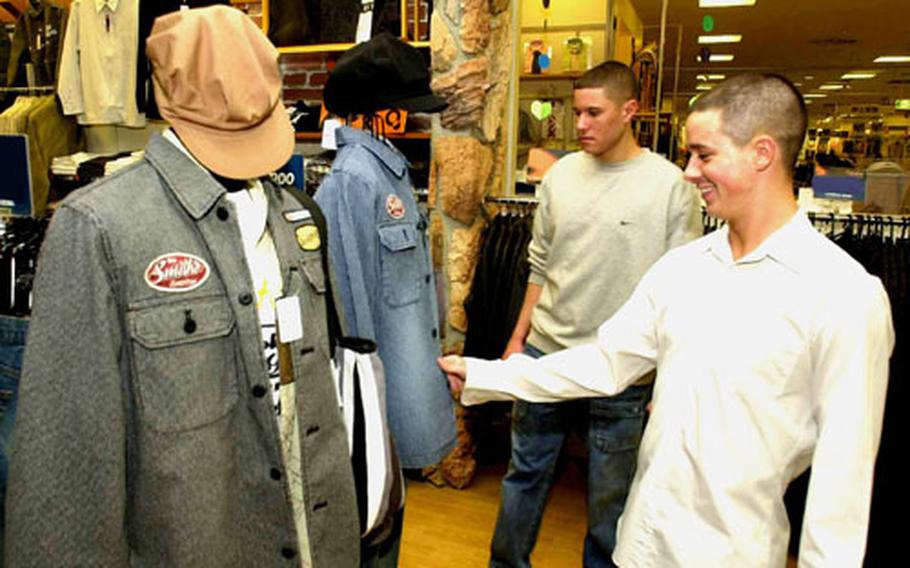 MISAWA AIR BASE, Japan &#8212; Comptrollers here were not about to take October&#8217;s cost-of-living allowance adjustment sitting down.

Misawa, along with a small Army post at Kure near Hiroshima, took the largest hit among bases in Japan: Their COLA payments dropped a healthy 10 points, meaning troops stationed at the two bases could see their paychecks reduced by up to $90 monthly, depending on rank, length of service and number of dependents.

Armed with new data gathered from 500 Misawa troops who participated in an updated living pattern survey, the base&#8217;s comptrollers persuaded the Defense Department&#8217;s per diem committee to take another look.

On April 1, Misawa troops will see their COLA adjusted upward by four points.

COLA is a tax-free supplement to income to equalize purchasing power between active-duty military troops living overseas and their counterparts in the 48 contiguous states. The average supplement is $297 per month. The per diem committee periodically adjusts COLA rates for some 280,000 servicemembers at 600 locations outside those 48 states, including Alaska and Hawaii.

No changes were mandated for Sasebo Naval Base or Yokota Air Base west of Tokyo.

Troops assigned to South Korea don&#8217;t receive a COLA because in the past, prices there, relative to the United States, have been cheaper. However, following reports that Seoul is among the world&#8217;s 10 most expensive cities, a new survey of South Korean living costs soon will be under way.

COLA rates are tied to an annual market basket survey of prices for goods and services paid by servicemembers. Teams of two to four people, usually from the comptroller or personnel office, look at costs of 160 items &#8212; food and non-food &#8212; frequently purchased in on- and off-base stores.

The per diem committee also factors in dollar-yen exchange rates. And about every three years a living pattern survey examines how much people shop on base compared with off base, Moore said.

A representative sample of Misawa&#8217;s military population, based on per diem committee guidelines, was encouraged to take the living pattern survey.

He credits squadron commanders &#8220;who beat the bushes to get people to come in and take the survey.&#8221;

He has three dependents and has enough time in service that he expects to see a slight increase in the rate of COLA he earns.

Fellow security forces troop Staff Sgt. Chris Sayre, who has one dependent, said he was glad to hear of the adjustment.

Civilian post allowance, set by the U.S. State Department, is not affected by military COLA rate adjustments. Those allowances, based on a comparison with the cost of living in Washington, are adjusted twice a year.

Data now is being collected in Japan for a new living pattern survey. In promotional spots being aired on the American Forces Network, senior commanders are encouraging troops to take time to complete it by the April 15 deadline.

&#8220;The hope is more people will participate and do an accurate job of reporting what they spend,&#8221; said Master Sgt. Leah Gonzalez, U.S. Forces Japan spokeswoman.