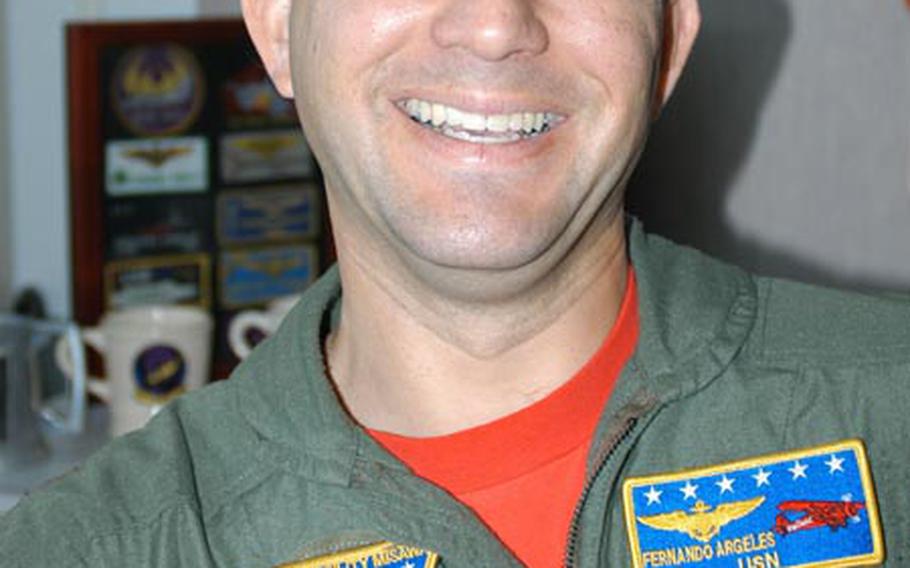 The NAF Misawa air crew logged more than 7,000 miles in a C-12 to assist Navy and civilian engineers on Papua New Guinea, according to Cmdr. Fernando Argeles, one of two pilots on the mission.

The effort is aimed at building international relationships with partner nations, according to the Navy.

The island in places is extremely rugged and impassable by land, Argeles said. The C-12 transported 20 Navy Seabees from the capital, Port Moresby, to the more remote Popondetta. The plane also carried Papua New Guinea Defense Force engineers to Popondetta, from Lae.

Giura, the airport in Popondetta, "is just a landing strip," Argeles said, lacking the typical flight landing aids. The C-12, a light-lift cargo and passenger plane, was perfect for the job, Argeles said. "We could land on a grass strip in this airplane."

The engineers were to build two new health centers and one double classroom and participate in several water projects at Popondetta General Hospital, according to Argeles.

The Navy fliers arrived on Papua New Guinea on July 4 and flew transport missions for three days, putting 45 hours on the plane by the time they returned to Misawa on July 9.

The engineers are scheduled to be in Popondetta for a month. Their work will be followed by a visit from the hospital ship USNS Mercy in August, according to the Navy.

Argeles said around that time, another C-12 from Misawa, Naval Air Facility Atsugi or Kadena Air Base will most likely be called on to shuttle the engineers out of Popondetta.