Misawa commissary to be updated 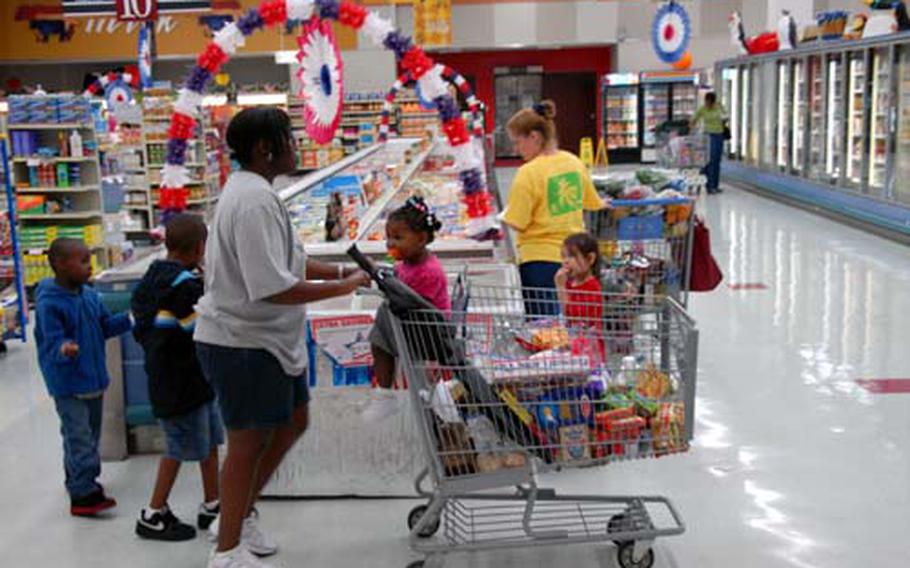 The Defense Agency Commissary at Misawa Air Base, Japan, will undergo a significant facelift beginning Sunday night. The $400,000 project will bring new shelves, an additional food aisle and about 350 new products into the inventory. (T.D. Flack / S&S)

MISAWA AIR BASE, Japan &#8212; Misawa&#8217;s commissary will undergo a $400,000 face-lift beginning this weekend that will add new shelves, another food aisle and about 350 new products to the inventory.

It&#8217;s the biggest thing to hit the commissary since it was renovated about 20 years ago, said Defense Commissary Agency store director Gregory McGruder. He explained that grocery stores can go 30 to 40 years with the same shelving systems.

Each existing aisle will be narrowed by a foot to make room for a ninth aisle, he said.

McGruder said he specifically asked for shorter shelves because of the demographics of the Misawa community. With many customers of Asian descent, he explained, standard U.S. shelves were too high.

McGruder said that because of Misawa&#8217;s remote location, the goal is "to give the customers more of what they want."

"We&#8217;re not in Tokyo," he said, where residents can travel between Yokota Air Base, Camp Zama and Yokosuka Naval Base if they&#8217;re looking for variety.

He said the top customer request has been for gluten-free products. A close second are more Asian food selections, including Philippine foods.

The commissary will close as usual at 5 p.m. Sunday, when the work will begin.

The project will run 24 hours a day through Wednesday, when the grand opening will be held at 8:30 a.m. McGruder promised plenty of entertainment and prize giveaways &#8212; including food, a television and a stereo &#8212; during the ceremony.