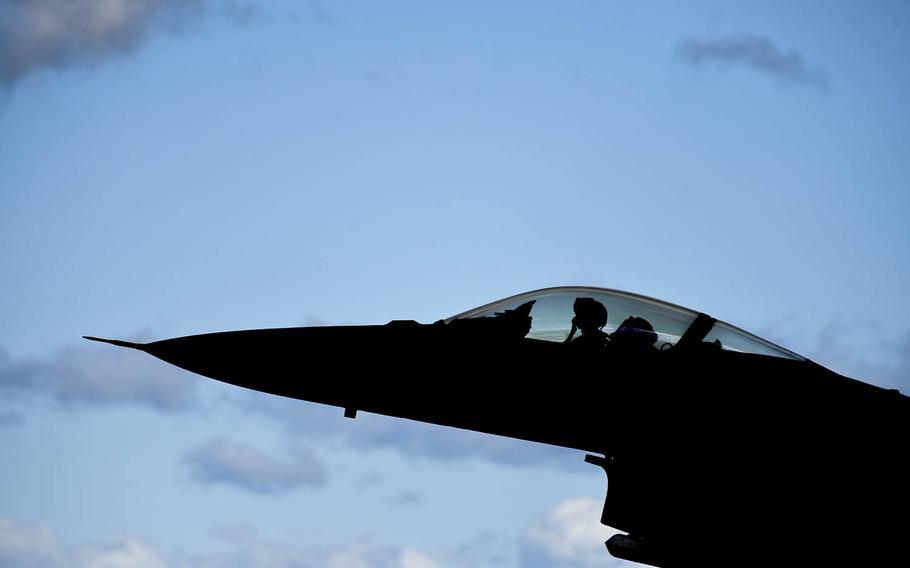 An Air Force F-16 fighter jet made a precautionary landing at a Japanese regional airport Monday, according to a Tohoku Defense Bureau spokesman.

The incident involving a fighter from Misawa Air Base happened at about 1 p.m., said the spokesman, who spoke on a standard condition of anonymity.

The cause of the unscheduled landing was not immediately evident, he said.

“The F-16 landed at the airport as precautionary procedure since there may have been a problem with the aircraft,” he said.

No damage or injuries were reported and airport operations were not affected, he said.

A maintenance crew from Misawa headed to the airport Monday night but the jet was likely still on the ground Tuesday since there were no reports of it taking off, the spokesman said.

Air Force Staff Sgt. Brittany Chase, a spokeswoman for the 35th Fighter Wing, which operates two squadrons of F-16s out of Misawa, said in an email Tuesday that she was unable to provide information about the incident until she had approval from various agencies.

The incident had caused anxiety among residents, the Aomori Prefectural Government said in a statement. It has requested that U.S. and Japanese officials quickly investigate the cause of the incident and take preventative measures.

Fishing was temporarily banned near Misawa last February after an engine problem forced an Air Force F-16 to drop its fuel tanks into a local lake. The jet landed safely at the air base with no injuries.

In April 2015, two Misawa F-16s landed at a local airport after oil started leaking from one of the fighters.