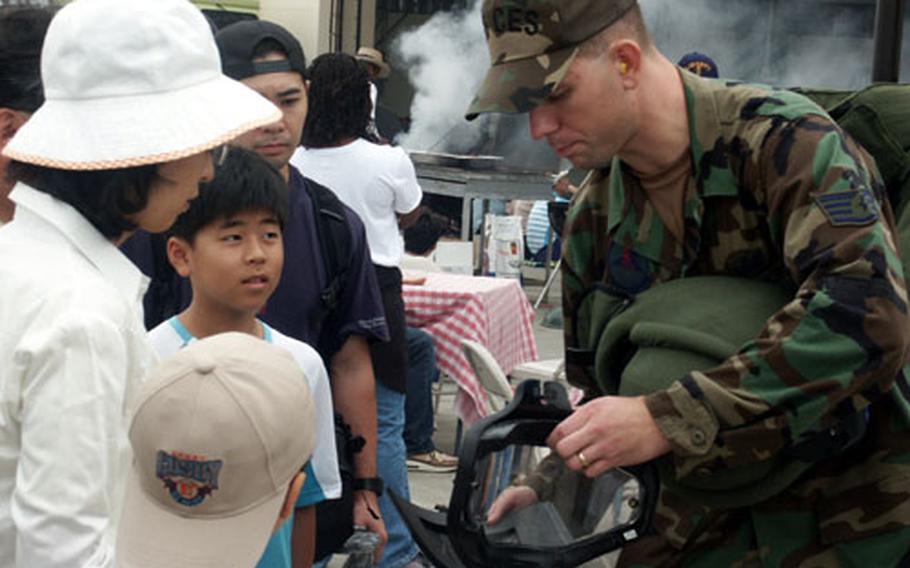 About 200,000 people were expected at Sunday’s annual Misawa Air Festival, hosted by the U.S. Air Force and Japan Air Self-Defense Force. It’s one of the largest air shows in northern Japan. Due to low cloud cover, most of the high-flying aerial demonstrations were canceled or modified but more than 40 U.S. Air Force, Navy and Japan Air Self-Defense Force aircraft lined the south ramp of the runway for visitors to view. (Jennifer H. Svan / S&S) Kyouta Futakawame points at aircraft displayed at Sunday’s Misawa Air Festival. Due to low cloud cover, most of the high-flying aerial demonstrations were canceled or modified but more than 40 U.S. Air Force, Navy and Japan Air Self-Defense Force aircraft lined the south ramp of the runway for visitors to view. The U.S. Air Force and JASDF hosted the annual show, which this year celebrated JASDF’s 50th anniversary. (Jennifer H. Svan / S&S) 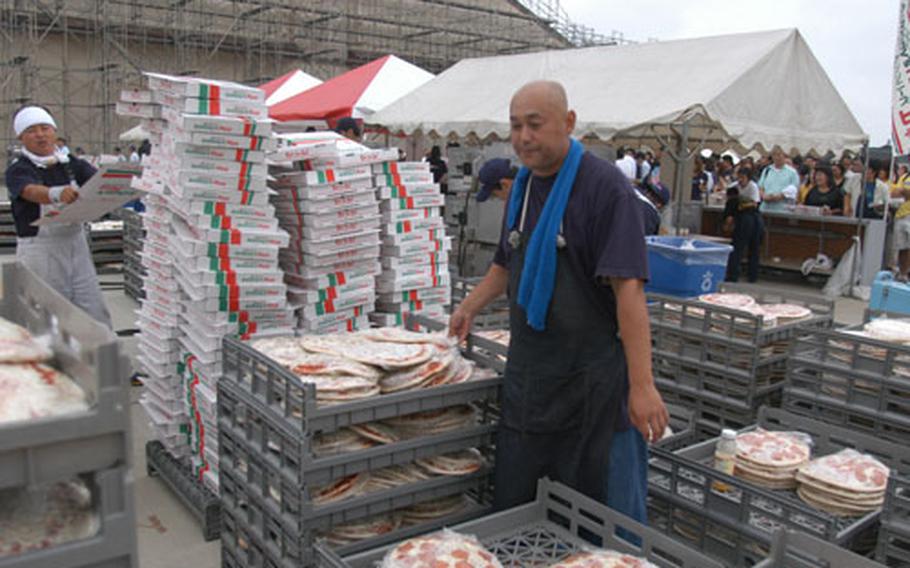 MISAWA AIR BASE, Japan &#8212; The planning for Sunday&#8217;s Misawa Air Festival began earnestly in March, with both American and Japanese organizers managing to draw more than 40 aircraft for the static and aerial displays.

It was to be a special show to celebrate Japan Air Self-Defense Force&#8217;s 50th anniversary.

The weekend began with much promise. Jets streaked across the skies of Misawa Saturday on a sunny, mostly clear day practicing their maneuvers, and eager Japanese festival-goers spent the night outside the base perimeter in campers and tents.

But Mother Nature wasn&#8217;t playing along: A low, dense cloud cover lingered throughout the day, forcing most of the aerial demonstration teams to cancel.

Devin McIntosh, a Defense Department civilian and husband of Tech. Sgt. Minda McIntosh, has spent 11 years on and off at Misawa &#8212; and he wasn&#8217;t surprised by the dismal weather.

But the McIntosh family still was excited to see the some of the military&#8217;s finest planes lined up on the south ramp of the runway and mingle with Japanese nationals.

The show, say base officials, gives JASDF and U.S. Air Force and U.S. Navy aircraft a chance to showcase their capabilities, which is intended to support recruiting and retention, demonstrate preparedness and promote positive community and international relations.

Organizers expected about 200,000 people from across northern Japan; some estimates put the crowd at 250,000.

A few planes still took to the air, some putting on modified demonstrations or fly-bys.

There was plenty to do and see when the skies were quiet. Amateur photographers had a heyday taking pictures of the planes parked on the runway. The lineup included blue and white JASDF Blue Impulse jets, a cavernous C-17 from McChord Air Force Base, Wash., and the Navy&#8217;s newest fighter, an F/A-18 Super Hornet.

More than 120 vendors sold everything from squadron memorabilia &#8212; such as uniform patches and T-shirts &#8212; to American and Japanese food. The Anthony&#8217;s Pizza booth fired up 11 ovens, prepared to sell 4,500 pizzas, said food court manager Jerome Melillo.

Vendors from private organizations paid $100 to run a booth, said Maj. Mike Frey, air festival project officer. The base uses the money to cover air show costs, including about $4,000 for refreshments, a welcome party for air crew members and other miscellaneous costs.

More than 600 military members either were assigned or volunteered to work the show, collecting trash, helping with crowd control and providing first aid.