Misawa Air Festival had something for almost everyone 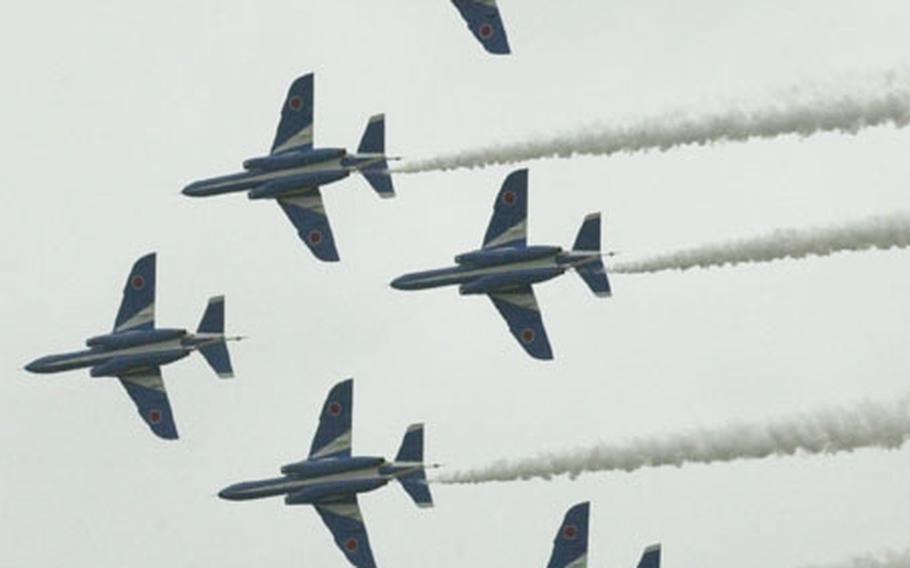 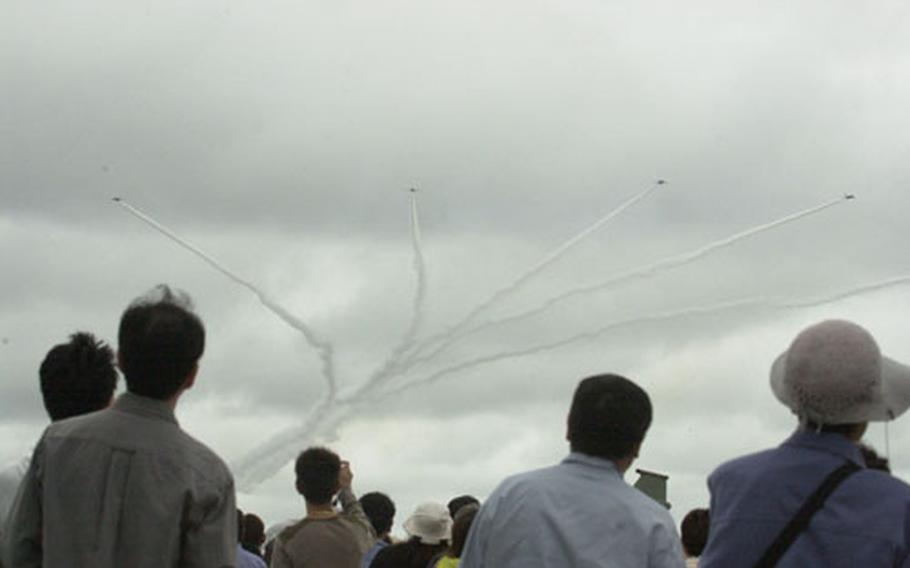 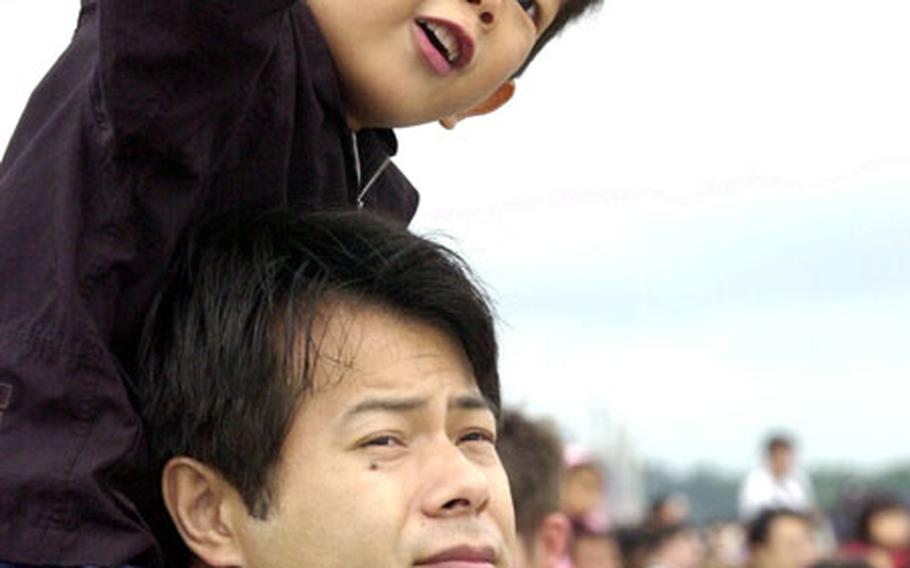 MISAWA AIR BASE, Japan &#8212; Seated in front of an Air Force A-10 Warthog, Navy seamen Joshua Rhodes and Josh Roe, both cryptologic technicians, debated which jet is best, the F-14 or F-18.

Neither plane was flying Sunday at the Misawa Air Festival, but Rhodes and Roe, both from Naval Security Group Activity Misawa, said they came to the flight line to watch the acrobatics of an Air Force F-16 &#8212; and to see the A-10 up close.

Aircraft were everywhere as crowds thronged along the flight line, surveying Japanese and American jets and military memorabilia. Many came to watch a day of flights and demonstrations.

His daughters, Jada, 8, and Briana, 12, said they liked the air demonstrations best, especially a performance by the Japanese Air Self Defense Force team Blue Impulse, and an F-2 biplane.

All week, the girls polished their flying skills on a flight simulator game at home in anticipation of the festival, Dunlap said. He just likes the planes.

Low gray clouds kept performing aircraft at low altitudes but the rain stayed away all day.

The Japanese Air Self Defense Force, augmented by the U.S. Air Force, presented the festival. About 12 U.S. aircraft from bases around the Pacific and more than 20 JASDF aircraft were displayed along the flight line, including a P-3 anti-submarine aircraft, helicopters and a mixture of fighter and attack jets.

Staff Sgt. Dale Moses, crew chief with the 35th Maintenance Operations Squadron, came to the air festival to help set up, and later disassemble, the squadron&#8217;s booster club booth. The fund-raising effort succeeded, he indicated: &#8220;They sold everything.&#8221;

About 200 U.S. servicemembers volunteered for garbage duty, maintenance or security for the show. Attendance numbers were unavailable Sunday. Organizers said no injuries or mishaps were reported.